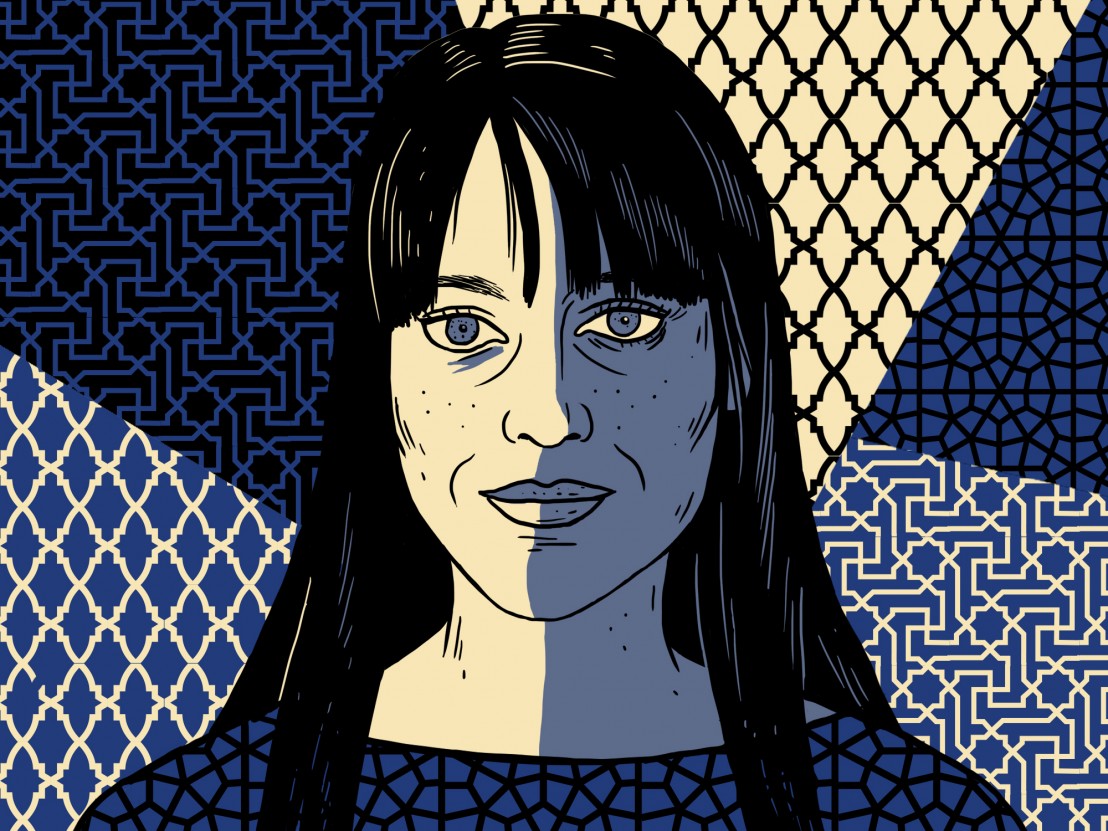 Disorder (alternately titled Maryland) conjures dread with the help of an incredible sound design team and the intense music of techno artist Gesaffelstein. They reflect the constant anxiety of Vincent (Matthias Schoenaerts) a soldier just returned from Afghanistan.

He finds work as security personnel looking after a rich man’s home and, increasingly, his icily beautiful wife (Diane Kruger) and child. As the forces of darkness appear to stalk the trio, a classic thriller trope drives the tension: Is he paranoid or are they really out to get him? Its French director, Alice Winocour (who also co-wrote Deniz Gamze Ergüven brilliant Mustang) talks about paranoia, PTSD and the sometimes slippery distinction between war and peace.

“What I liked about Gesaffelstein’s music, because I was a great fan, is that it’s really violent but at the same time it’s almost religious. There is something exhilarating about his music. With him, I could recreate the mental state of the soldier coming back from war. He spent four days with us on the shoot. I had a mood board, I had almost 100 pictures of the atmosphere of the film, but he told me that images were not something he could be inspired by so he spent days with us in the house. We shot in a real house, in the French Riviera, Cap d’Antibes. We did a huge amount of work on the soundtrack to convey those little perceptions like breathing or small details because we really had to be in the character’s head, in his sky-room, yeah, in his body.

“I started to think about, to imagine, soldiers coming back from war. I met a lot of soldiers in a French hospital where they are sent when they have post-traumatic stress disorder (PTSD) or when they are in shock. Then at the end of the process of writing and doing the film I realised that I was talking about PTSD and that I had experience of PTSD myself from when I gave birth to my daughter. I almost died and I can remember only one thing about the whole experience: the sounds in the hospitals and the sounds of the machines. That’s why the sound is so important in the film.

“His paranoia is also in love in that he is always wondering, ‘Does Jessie [Diane Kruger] have feelings for me?’ I put all my fears in the film. Fears from my childhood, fear of the darkness, of the storm and more contemporary fears. You see this women in Raqqa with a kalashnikov taking her daughter to school. Those are real images that were shot by a woman who had a camera in her niqab. I had seen those GoPro images and found that they were amazing.

“What I tried to express in the film is this sensation of chaos and this feeling that with this constant flow of information that you get on your phone, on TV and everything you have this feeling of witnessing everything but at the same time of being completely powerless. But, it’s of course also a love story even if it’s a strange love story.

“You are really in his point of view so you never know what is real and what is not real. What are the effects of the paranoia? Is the attack true or not true? Is his best friend really his best friend? Is the woman loving him or not? Are those politicians corrupted or not corrupted? Has the dog really disappeared or is it dead in the garden like it is in the thrillers? I tried really to put in all those double meanings. That’s what is scary to me in the more contemporary world. You never know are we paranoid or are there terrorists in front of us?

“Suddenly, after the film, with the attack in Bataclan I felt something really weird, the feeling of suddenly being in the movie, like the whole country had got really post-traumatised by those events. There was a car crash in front of the bar where I was having a drink. Everyone was watching like, ‘Wow is it an attack?’ There is this hyper-vigilance that we are all in now. It is something like a war zone. When you are in a peaceful country this hyper-vigilance is like a madness but when there is a real danger – this hyper-vigilance is a way to survive.”