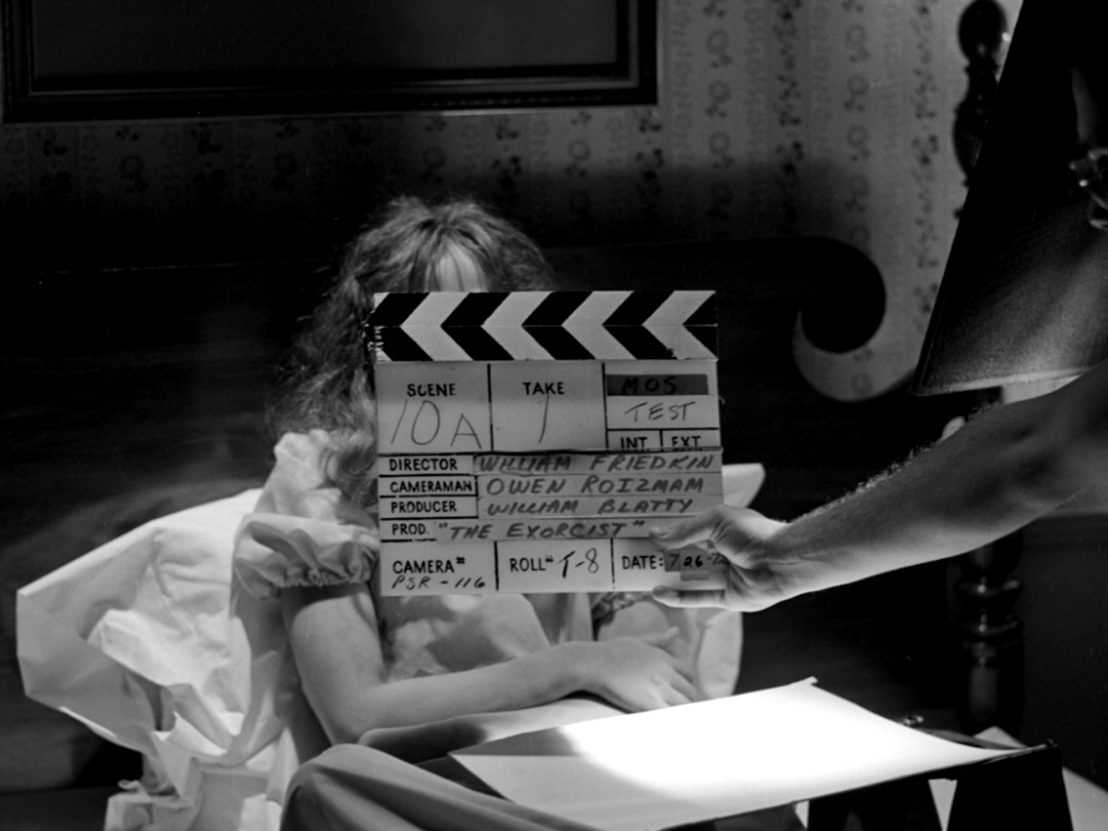 Alexandre O Philippe on telling the inside story of The Exorcist

“This is Bill Friedkin; day one, take one,” says the famous filmmaker, bringing his hands together like a clapperboard in front of the camera. In this opening scene to Leap of Faith: William Friedkin on The Exorcist, we see a director calling the shots, play-acting at being precisely a director. But this documentary is very much the baby of another director, Alexandre O Philippe.

Besides a couple of narrative short films, Philippe has devoted himself to the documentary form, with features about the cultural impact of peculiar animals (Chick Flick: The Miracle Mike Story, The Life and Times of Paul the Psychic Octopus), of fandom and genre niches (Earthlings: Ugly Bags of Mostly Water, The People vs George Lucas, Doc of the Dead), and most recently of individual films (78/52: Hitchcock’s Shower Scene, Memory: The Origins of Alien).

What all of Philippe’s documentaries have in common, he says, is “that they represent cultural moments. I’m really interested in characters and events that affect us culturally, but specifically characters and events that we tend to dismiss as ‘pop culture’, and therefore not important. To me pop culture is extraordinarily important. If we don’t pay attention to pop culture, that means we’re not willing to look at ourselves in the mirror.

It seemed natural for Philippe to shift to making film itself his subject. “I’ve always been fascinated by pop culture, I’ve always been a huge film geek anyway, ever since I was a kid, and so this idea that I’m essentially deconstructing moments in cinema that have become cultural moments is something that, in a way, I was already doing as a kid, and was passionate about then.”

The difficulty in making documentaries about films is getting them to stand out from the crowd of ancillary materials found as extras on DVD and Blu-ray releases. Philippe is rightly insistent on the differences. “Not to knock DVD bonus features, because some are great, but the form and the content of my films is radically different to bonus features. People say that Memory is not a ‘definitive behind-the-scenes Alien doc’. Well, it’s not a behind-the-scenes doc [or] a making-of doc at all. I mean, yes, it’’ a film about Alien, but it’s fundamentally a film about ancient origins and the resonance of myth in our collective unconscious. It’s about something deeper than Alien.

“Leap of Faith,” he continues, “goes to the heart of what I think William Friedkin is all about, which is grace notes, these ideas of faith and fate, his sacred stones – the stones in the Kyoto Zen garden, the stone steps in The Exorcist, the obelisk in 2001, which is why the film opens with those three stones. There’s a poetic resonance here that I think is really beautiful and worth exploring, because there’s a mystery to art.

Though backed up with some very carefully selected corroborative footage, Leap of Faith is essentially formatted as a Friedkin masterclass. “I wanted it to be really about his process as a filmmaker,” Philippe explains. “The way that I pitched it to him is that I wanted to use the Hicthcock/Truffaut model of interviews, but instead of going over his entire career, it was completely about The Exorcist, and we agreed right away that we were not going to talk about SFX, because that’s been obviously well-documented, and I’m not a technical guy. I’m very interested in influences, in art, in inspiration and ideas, and I think that’s what Leap of Faith is really about.” 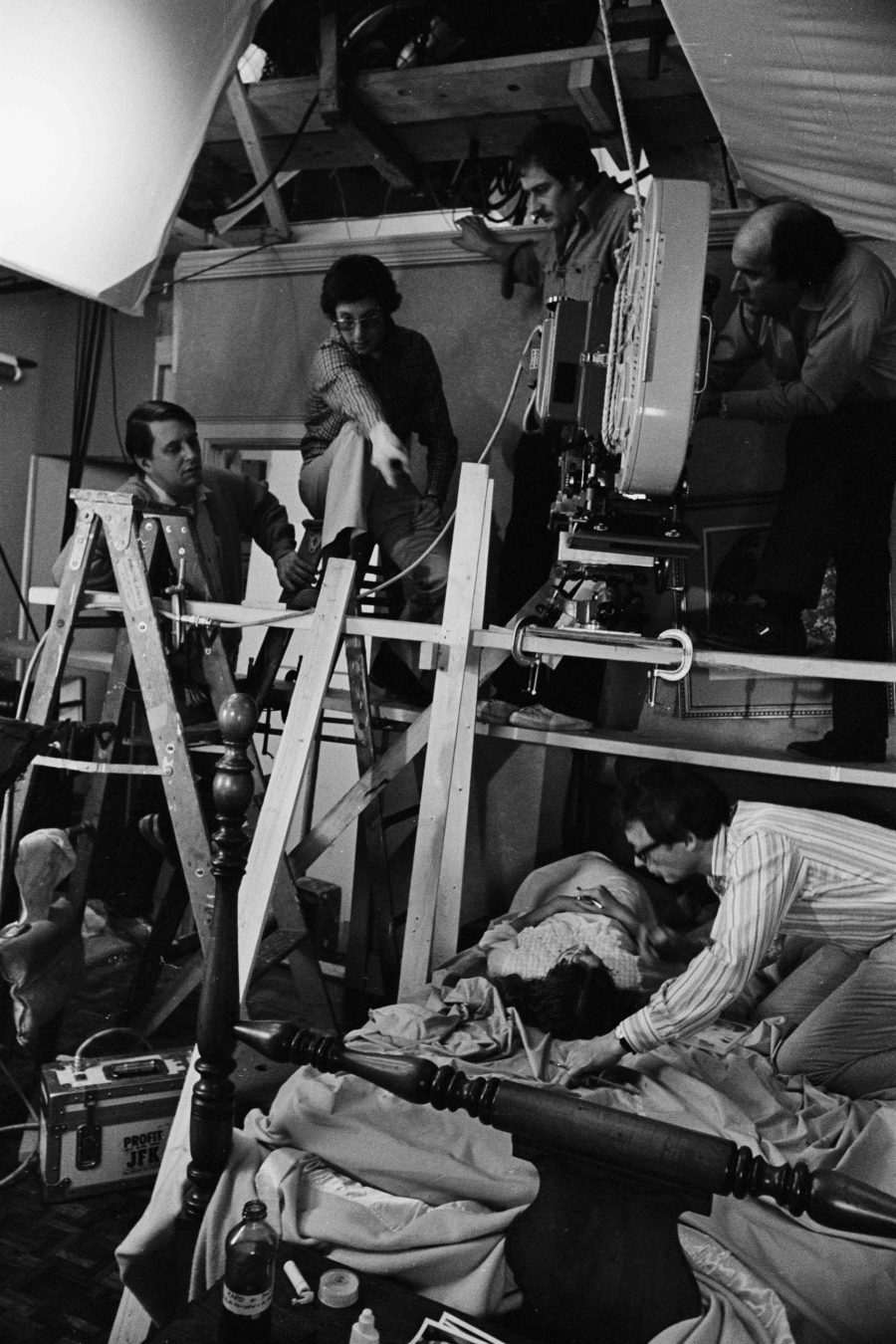 Friedkin is a wonderfully thoughtful and articulate subject and a compelling raconteur – and it turns out that, while he most certainly is not the director of this film, he was the one who initiated it. “We met in Sitges at the film festival,” Philippe recalls, “he invited me to his table to tell me some stories about Hitchcock because he had heard a lot about 78/52. Then he requested a link, which I sent to him, and he watched it right away, loved it, and basically said he wanted to invite me to lunch in Los Angeles.

“In LA three weeks later, the conversation shifted quickly to The Exorcist, and he started talking about his archives, older stuff that he has that people hadn’t seen, and he said, ‘If you want, I’ll give you full access to my archives,’ and I said, ‘What do you mean?’ He said, ‘Why don’t you read my autobiography. If you find anything just let me know.’ So that’s a classic Friedkin way of saying, ‘I want you to make a film.’ He knew how to bait, and that was that.”

Once on set for the six days of interviewing, Friedkin was happy to sit back and surrender the directing duties to Philippe. “He was lovely,” says Philippe. “Honestly, I can say there was zero tension on the set. He completely went with it. A few times, he did ask me, ‘Are you sure you don’t want to talk to Linda Blair or Max von Sydow or Ellen Burstyn?’ And I said, ‘No, it’s just you.’ He never asked to look at anything, until the film was not just finished but already accepted by Venice. He then sent me an email that brought tears to my eyes; he really profoundly loved the film.”

Philippe has plans to build a bigger project from this masterclass format. “We’re developing it now as what will be the first of a series of films called The Process, where we basically apply the same model to Coppola and The Godfather, Jane Campion and The Piano, Scorsese and maybe The King of Comedy – one director, one film, deep-diving into their process.” Philippe would also eventually like to make some non-documentary features (“I’m a huge fan of westerns,” he says).

Also on a western theme, but much closer to completion, is Philippe’s forthcoming feature documentary The Valley which, he says, “is about Monument Valley in film. Very specifically, it’s about the mythology of the West but actually, in the way that 78/52 is a film about editing, this one really is a film about framing. It’s about the way the Monuments have been framed by John Ford, but then also by others beyond Ford, and how the elements within the frame over time have changed our perception not just of Monument Valley but of the West, and not just of the West but of American history.

“It’s a fascinating place to me because you have two realities, you have the fake American West which people still go there to celebrate, but it’s also a very special place for the Navaho, a place that carries a lot of significance, and it’s home to a lot of people who have a very hard life. So it’s two sorts of completely incompatible Americas that essentially are juxtaposed in the same space. So that’s what I’m trying to say.”

Leap of Faith: William Friedkin on The Exorcist is available to watch on Shudder on November 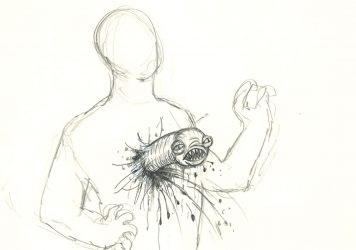 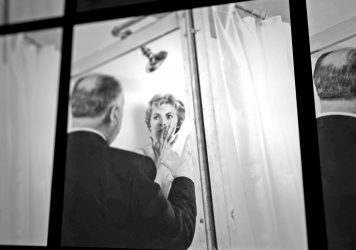 The shower scene in Alfred Hitchcock’s Psycho goes under the microscope in this intriguing documentary.