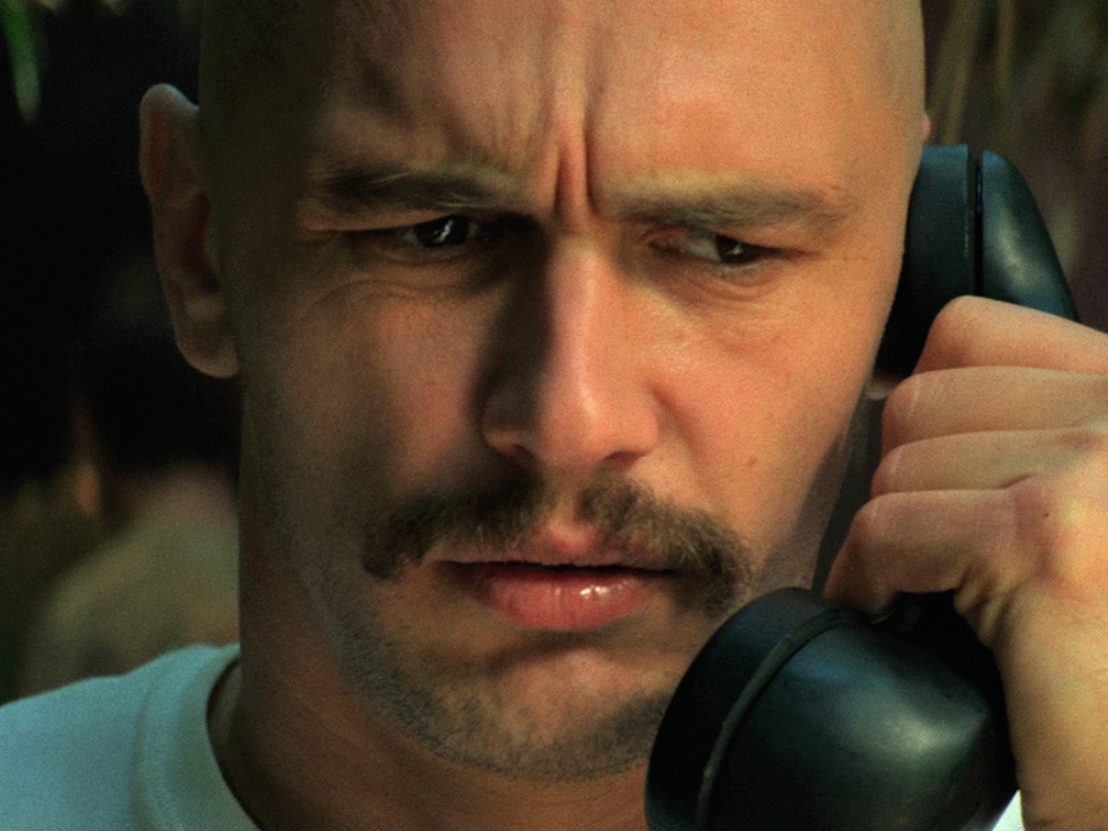 Things have not gone well for James Franco at this year’s San Sebastián Film Festival. His new film Zeroville has been pulled from competition because it was (accidentally?) released early in Russia, thus breaking the rules. This cock-up is likely to be devastating for Franco who, having picked up the festival’s top prize, the Golden Shell, for 2017‘s The Disaster Artist, must have been hoping he would do it again.

Like The Disaster Artist, Zeroville is presented as an auteur’s hand-crafted love letter to Hollywood. One of the opening shots sees Vikar, played by James Franco sporting a massive head tattoo of George Stevens’s A Place in the Sun, erotically caressing a slab dedicated to Elizabeth Taylor with his tongue. Vikar loves her and Montgomery Clift, being the stars of the first film he saw (eleven months ago), and gets violent when people mistake Taylor for Natalie Wood. Apparently this is how one shows appreciation to cinema – by dry-humping it.

Having discovered the movies upon leaving a seminary, Vikar adopts Hollywood as his new religion – he even carries an architectural model of a church around with him. Zeroville follows his journey of faith from his initial pilgrimage, through to meeting editor Dotty (Jacki Weaver) while building sets at Paramount.

We watch this bumbling, ‘cine-autistic’ skinhead receive his film education, which he soaks up as banal facts, reciting the filmographies of the directors people mention like a text-to-speech rendering of IMDb. He watches Sunset Blvd. and My Darling Clementine with an anonymous burglar played by Craig Robinson who breaks into his home, and parties with George Lucas and Steven Spielberg as they argue about a prospective robot-shark movie. Franco panders to the ‘movie geek’ at every turn, constantly dropping names without attaching to them any substance.

Meanwhile Megan Fox turns up as ‘European movie star’ Soledad Paladin and spends most of the film in her underwear, showing up in a lesbian vampire movie watched by a drooling Vikar through his editor’s monitor. Franco makes no effort to hide his male gaze, writ large and celebrated – as Will Ferrell’s producer says, no one hires Soledad to see her clothed.

This filth grates all the more because the film is so unbearably smug. Franco is convinced he has made a masterpiece, but his directorial flourish is as delicate and sensitive as ‘disaster artist’ Tommy Wiseau’s. He begs for comparisons to celebrated directors, particularly through the neon glows which almost parody that favourite critical buzzword: ‘Lynchian’. He even slaps the dream sequence from Eraserhead in the middle of things just in case you missed the memo. Yet it’s dismissed as ‘weird’, as is Alejandro Jodorowsky’s The Holy Mountain, which cameos as Franco’s knowing wink to the critics – a moment between us cinephiles. No one in the press screening laughed.

Perhaps the best example of Zeroville’s incompetence is a scene in which Vikar watches Carl Theodor Dreyer’s The Passion of Joan of Arc for the first time. Intentional or not, it invites a direct comparison to a narratively identical scene in Jean-Luc Godard’s Vivre Sa Vie where Anna Karina weeps in an empty cinema as she watches Maria Falconetti’s silent performance.

The framing in the latter is perfect, and witnessing Karina’s tear-filled eyes induces a more raw emotional experience than that on Joan’s face. By contrast, Vikar is shot in profile, a blob of poorly-placed water on his cheek, intercut with shots from Dreyer’s film which have been cropped and zoomed in. If movies are Vikar’s/Franco’s religion, then this is sacrilege.

As a budding editor, Vikar is driven by the story of how The Passion of Joan of Arc was pieced together after much of the footage was damaged. Dotty says, ‘fuck continuity’, and it is a dictum he lives by. So too does Franco – abandoning all aesthetic congruity, experimenting with oblique camera angles, lens flares, and colour filters like a hyper Instagrammer. But Zeroville goes further than its protagonist’s motto in that it says: Fuck narrative; Fuck character; Fuck this film.