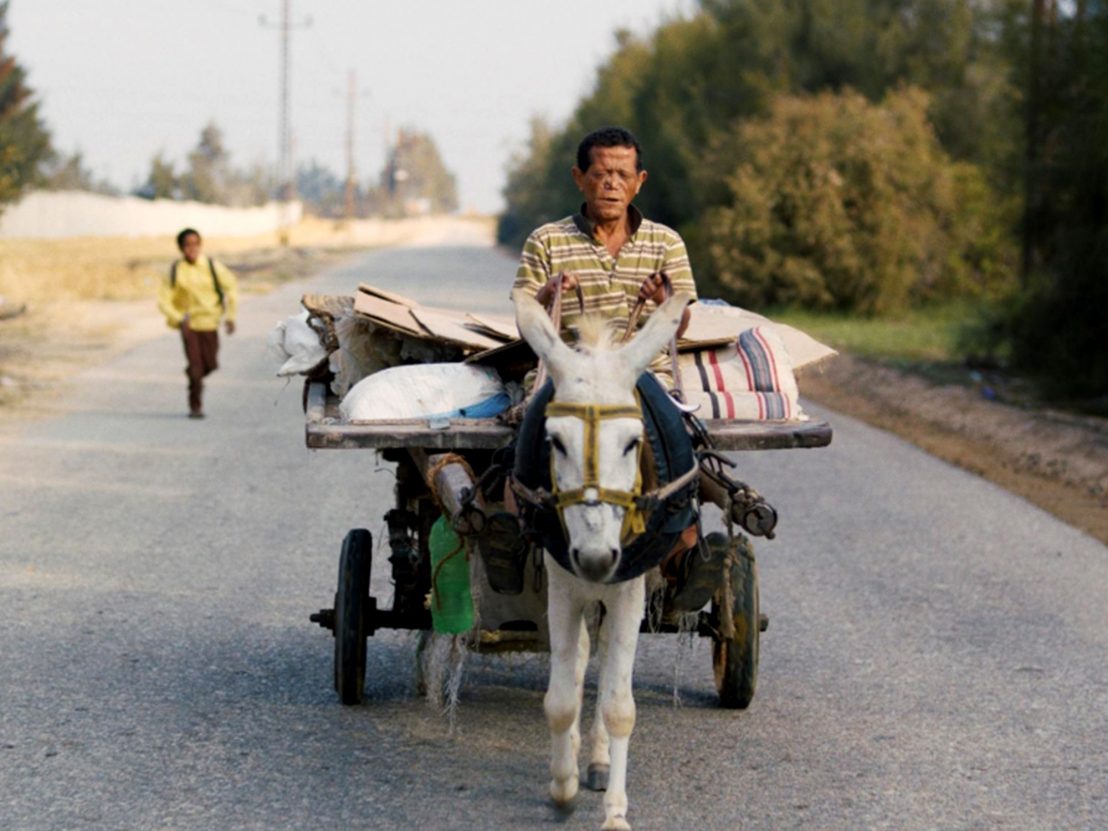 This sweet but slight Egyptian road movie follows a leper and an orphan on the road to self-discovery.

There was some hopeful curiosity when Egyptian debut feature Yomeddine was announced as part of the Cannes competition line-up. Based on NYU-graduate director AB Shawky’s short film The Colony, which follows a group of lepers in Egypt, this ambitious film focuses on Beshay (Rady Gamal), a fortysomething man suffering from the disease. It’s a human perspective rarely represented in cinema.

No longer contagious but disfigured and his limbs atrophied, Beshay makes money by painstakingly selling various items he salvages from public dumps, and finds company in the leper colony where he lives, as well as in Obama (Ahmed Abdelhafiz), a young boy from the local orphanage. When his (also afflicted) wife passes away, Bashey decides to head south in search of the family who abandoned him as a child. Naturally, the lonely Obama follows him.

By having Bashey journey across Egypt on his wonky cart, Shawky is able to demonstrate the power of man’s will against discrimination and hardship, and to defend lepers’ right to be part of society. When a series of mishaps leads to Bashey being handcuffed to a healthy man, his condition initially disturbs the other inmate. Yet after they manage to escape together, Bashey understands that a new prejudice threatens him: he must hide his Christianity from the Muslim man who saved him. Perhaps leprosy doesn’t have to close him off the wider world.

Yet as the film tediously goes on, Bashey and Obama find more comfort in the wide natural expanses and in each other than in any encounter with healthy, ‘regular’ people. Over-scored sunlit montages try to convey a sense of gleeful abandon as the prospect of acceptance slowly fades away. To diminishing returns, Bashey even nervously screams “I’m a human being!” on a busy train carriage. Only when a group of crippled men lend Bashey and Obama a hand do they appreciate their contact with society – and these men advise them never to hope to be treated as “normal.”

The moral of humility and isolation that Shawky bluntly forces into the narrative defies all expectations, but not to a positive effect. Sticking to your kind might be a realistic and measured decision for Bashey and Obama to make, given Egypt’s apparent disinterest in helping its more unfortunate citizens. Shawky nevertheless refuses to highlight the government and the culture’s responsibility towards its lepers and orphans, instead admitting defeat and making both outcasts happy to have been on this journey, but happier still to never again hope for better.