The director of A Prophet and Dheepan tells stories of human resistance and struggle. 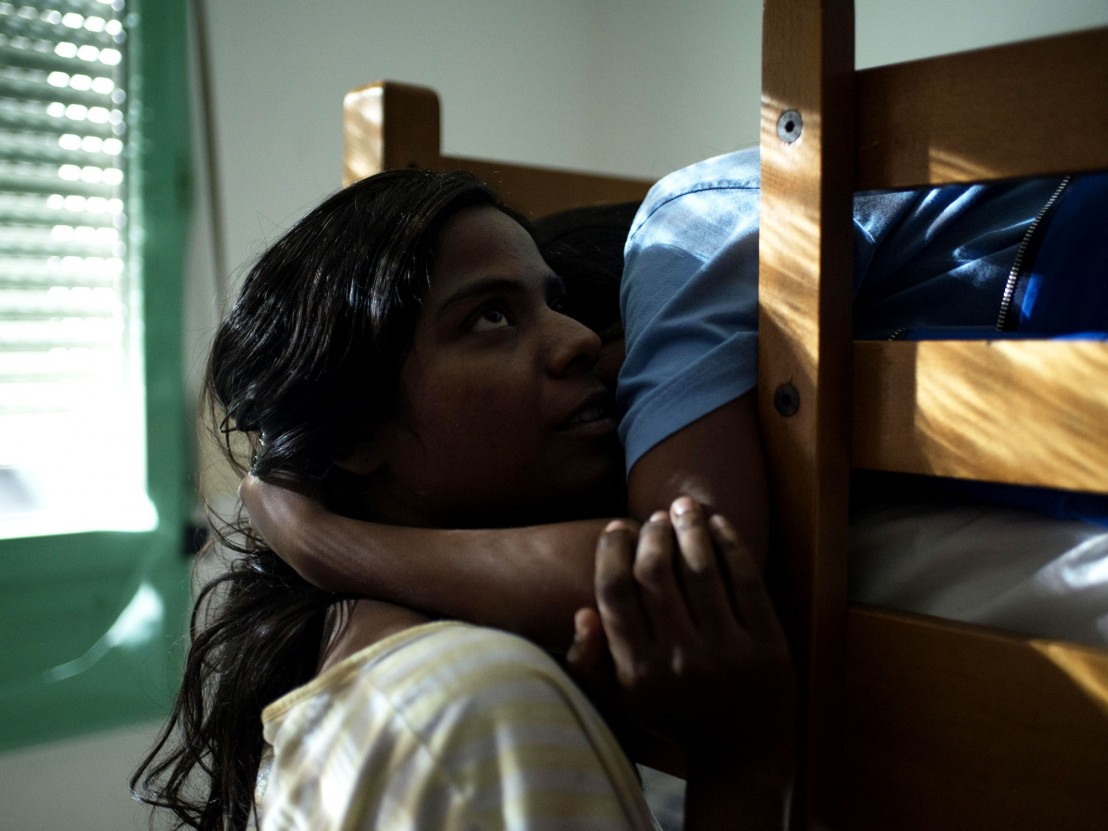 Dheepan, the seventh feature from French director Jacques Audiard, opens in a jungle with a long shot of men piling palm leaves onto a fire. As the camera moves closer it reveals a hastily arranged funeral pyre, corpses set alight, crackling in unerring close up. The eponymous Tamil Tiger rebel-turned-refugee, whose plight to escape his past begins at this point, looks on as the uniform he has exchanged for civilian clothing burns with the flesh of his former comrades.

First appearances are often misleading in Audiard’s world. His films routinely challenge the viewer through visceral images: the amputated legs of Marion Cotillard’s orca trainer in Rust and Bone; the vicious rite-of-passage razor blade attack carried out by Tahar Rahim in A Prophet; the body of Niels Arestrup discovered by his son, Romain Duris, bloodied and lifeless, slumped against his bedroom wall in The Beat That My Heart Skipped.

Having explored homelessness, resistance, the French prison system, disability and the Parisian underworld, Audiard has now trained his lens on immigration. Like all of the director’s previous films, Dheepan features ostracised and marginalised characters – drifters and outliers occupying the outer fringes of society. Key to the success of his hard-hitting brand of social realism is that these figures are always familiar and relatable. Occasionally Audiard asks us to empathise with varying degrees of reprehensible behaviour, but crucially the way he observes human nature enables us to understand the desperate behaviour of ordinary people.

From Mathieu Kassovitz’s homeless simpleton in See How They Fall, who must kill in order to protect Jean-Louis Trintignant’s kindred wanderer, to Emmanuelle Devos’ Carla, a deaf secretary and willing accomplice to Vincent Cassel’s big money plans in Read My Lips, to Malik in A Prophet: every one of Audiard’s films puts us in the often uncomfortable position of being in characters’ shoes.

Character transformations in these films border on an elemental change from one matter to another. Nowhere is this more keenly felt than in A Prophet, where Tahar Rahim’s rabbit in the headlights enters prison totally vulnerable but emerges, six years later, to the sound of Bobby Darin’s ‘Mack the Knife’ with an entourage of loyal subordinates. Are we supposed to cheer the creation of an underworld kingpin or does it simply feel right that this underdog is finally having his day?

A Prophet introduced Audiard to the world stage (it was nominated for Best Foreign Language Film at the 2010 Oscars), but by this stage Audiard had been telling stories about marginalised people for well over a decade. Two years after See How They Fall, Trintignant and Kassovitz were paired up again in A Self-Made Hero, where they embody lying, cheating, Resistance imposter Albert Dehousse at different stages of his life. In one scene, perhaps intoning the words of the man behind the camera, Trintignant’s character says: “The best, most beautiful life, is the one which we invent.” Jacques Audiard crafts human stories that orbit the outermost margins of society but somehow always manage to feel close to home.