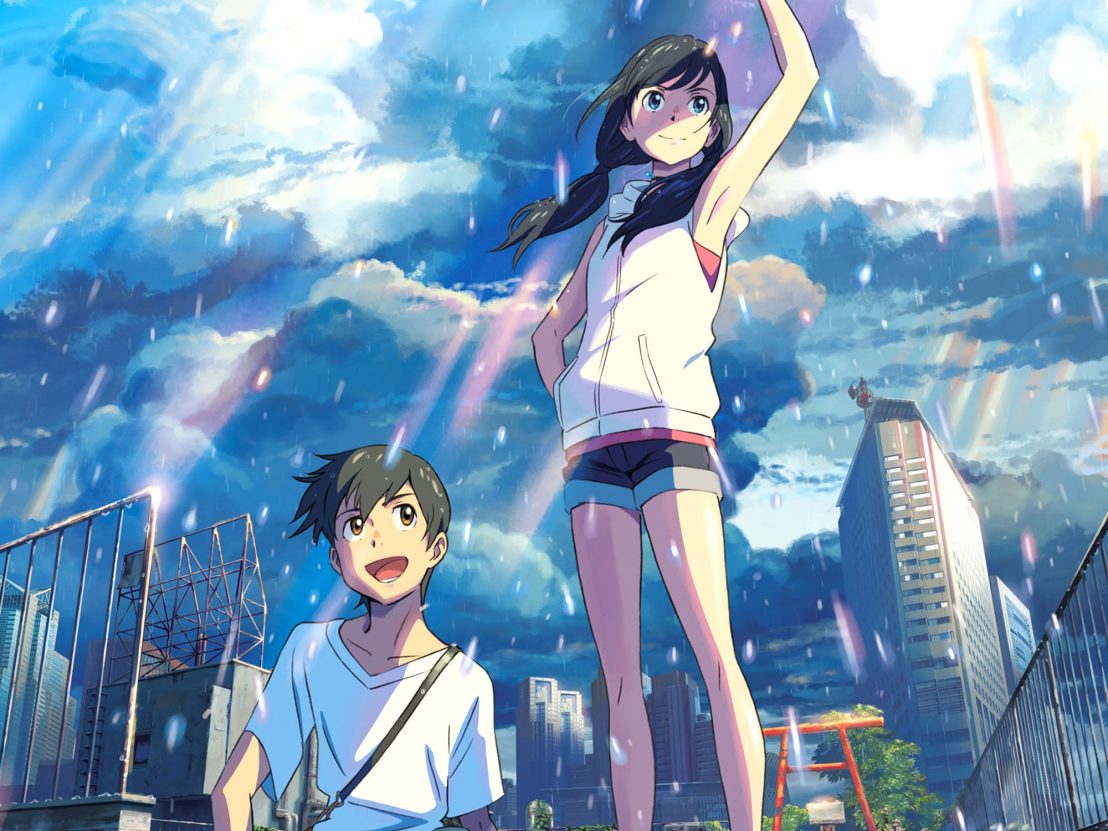 Weathering with You – first look review

Rain has always been a prominent natural force in the work of Japanese anime director Makoto Shinkai. It is emblematic of a sort of spiritual connection between the heavens and the emotions of the young adults at the centre of his films. In Weathering With You, his latest film and follow up the acclaimed, box-office smashing fantasy romance Your Name, this connection has been thrown out of balance, with the appearance of rain shifting into something more oppressive and ominous.

The film follows 16-year-old Hodoka Morishima, a runaway fending for himself in the city. It is another fantasy romance from Shinkai, but this time set against the backdrop of catastrophic climate change, in an alternate reality Tokyo where the rain hasn’t stopped for several months. Upon arrival, Hodoka soon ends up living on the street until, taken in by Kei, the editor of a conspiracy magazine, who saved Hodoka’s life on the boat en route to Tokyo. Offering Hodoka money, food and shelter in exchange for work, the new job sets Hodoka on the path towards meeting Hina, a girl with the mysterious power to control the weather, dispelling the rain for clear sunshine.

The film also bears all of the narrative hallmarks of his previous work: the band Radwimp’s original score kicks in as the virtual camera dramatically tilts to the sky; romances are threatened by ancient Japanese prophecies; and teenage horniness overcomes apocalyptic disaster. But where his last film wistfully looked back to the past, this one is fearful of the future, with the creeping terror of climate change and its drastic implications for our physical and emotional wellbeing sitting front and centre.

Despite the immediately grand scope of the plot, Shinkai still values the little dramas of being a teenager – whether that’s Hodoka’s paralysing fear and excitement over going to a girl’s house for the first time, or his burgeoning feelings for a girl who he fears might be completely beyond him. All of this emotion and toil eventually reaches an exciting and also somewhat demented final act, as the consequences of Hodoka’s period of vagrancy, and Hina’s tampering with the natural world, come to a head at the same time.

That said, it would be a mistake to think that Weathering With You is strictly about climate change – this is a fantasy romance first and foremost, and searching for a definitive message on the environment is a fruitless task. There’s no real solution, but the closest thing to it is a moment where Hodoka and Hina find themselves falling together, hand in hand. Perhaps the faith that everything will be ok in each other’s company is where Shinkai sees our salvation.