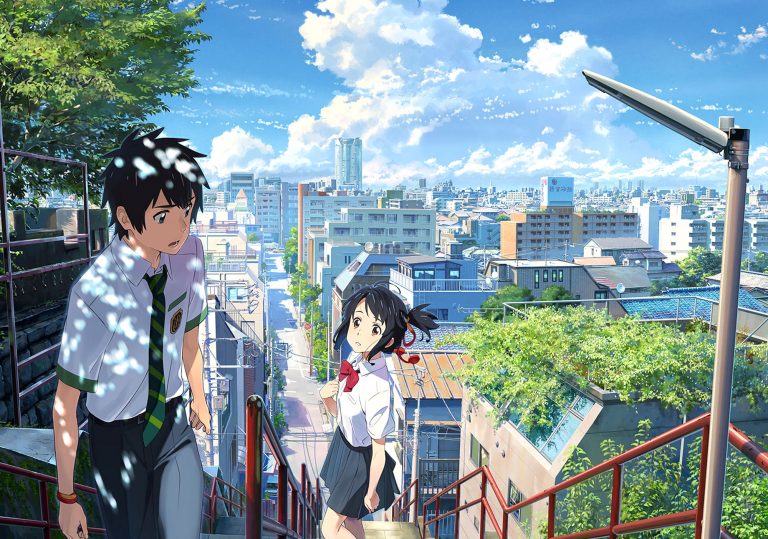 A Japanese anime mega-hit, beloved by all and sundry.

Some sparkling moments here, but the second half is a draggy-drag-drag.

At least it’s ambitious, even if it doesn’t quite nail it on the cogent entertainment front.

Is there a name for that thing where you’re watching a film and having a jolly old time with it, and then at about the mid-point it just crashes and burns? Like, from out of nowhere. The fun quotient instantly dries up, and you’re left to clock-watch for the annoying remainder.

The animated romance Your Name by Japanese director Makoto Shinkai is one such movie, though this hasn’t prevented the box office tills ringing loud in its homeland, with the film now considered one of the biggest money-spinners the country has ever witnessed. Indeed, Shinkai is already being spoken of as the pretender to the vacant throne of retired Studio Ghibli sage, Hayao Miyazaki.

But why? Your Name plays a clever trick of luring in viewers with its ’80s-Hollywood referencing opening passage in which a teenage schoolgirl from the countryside mysteriously wakes up in the body of a teenage schoolboy from the city. Then, the same happens again, albeit vice versa. After the initial shock, the pair begin to enjoy their alternative identities, relaying salient information through a diary smartphone app and occasionally making out-of-character moves to speed up a potential romance or a professional opportunity. Everything about this opening gambit is beautiful, from the way it nostalgically references the tenets of the timeworn bodyswap movie, to its attempts to mess with gender and sexuality. Yet at the point where you think that Shinkai is going to whack this thing into top gear, he opts to slow things right down.

Maybe it’s down to misaligned ambition or just the desire to produce something with some political heft, but Your Name dies a death when it lurches into its confusing second act. The pure fun of the first half abruptly ends, as the boy, Taki, stops receiving visitations from his out-of-town pal, Mitsuha, and attempts to find out why. There are some spurious links to a Fukushima-style disaster and the worrying suggestion that, with the help of time travel and teleportation, we might just be able to evade these calamities in the future. It’s as if the film’s first half was entirely unnecessary, purely a device to briefly connect these two souls and create a context for a soppy climactic search.

Certainly it sails by on its slick visuals and big emotions, and Shinkai excels when it comes to planting images into the mind and then returning to explain them later in the film. It’s a shame that the star-crossed romance doesn’t gel at all – it lures you in with its carefree charms, only to then force-feed you earnest life lessons and garish melodrama for the protracted remainder.

A Japanese anime mega-hit, beloved by all and sundry.

Some sparkling moments here, but the second half is a draggy-drag-drag.

At least it’s ambitious, even if it doesn’t quite nail it on the cogent entertainment front. 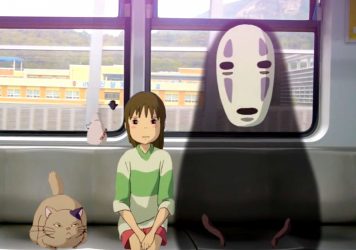