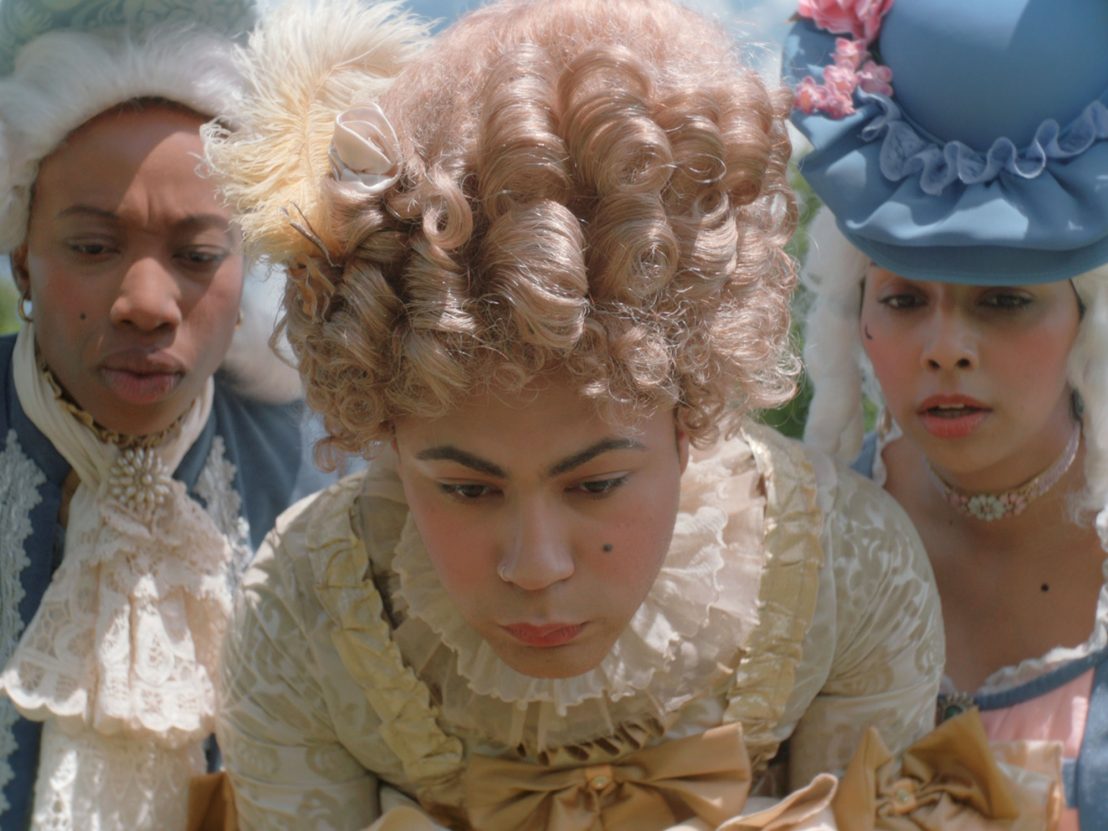 Exploring the changing face of Britain at Underwire Film Festival 2018

A programme of eight shorts challenged our perceptions of Britain’s past, present and future.

Founded in 2010 with an aim to tackle gender imbalance in film, Underwire is the UK’s only festival devoted to celebrating female filmmaking talent. This years 150 films were chosen from 1000 submissions, making it the festival’s biggest edition yet. The standout screening event was ‘Is This What Britain Looks Like?’, a collection of eight politically charged films exploring the face of Britain today.

“Dear England, let’s break up.” So ends this animated break-up letter from a Portuguese immigrant negotiating a post-Brexit nation. Angry images of Leave protesters, Thatcher, Johnson and Farage are intertwined with dreamy illustrations of cooking and commuting. Phone settings change from Portuguese to English and family photos are torn asunder. Dear England offers a fraught and poignant ode to the sacrifices we make when we immigrate and the pain of being Othered.

Part documentary, part period drama, Clash critiques the nostalgia-driven, myth-making nature of British period dramas which celebrate Empire and erase people of colour from Britain’s history. The candid interviews with queer people of colour are consistently interrupted – old broadcast style – with clips of people in historical costume. The film finally ends with the actors in gowns, bonnets and wigs, drinking tea, galloping around East London, triumphantly reclaiming the visual space and rewriting the story of Britain.

Seventy-year-old widower, Elspeth, rejects her neighbour Gurmeet’s friendship, feels alienated from her diversifying community, and interrupts a multi-cultural celebration by belting out an ‘English’ song. In a humorous and moving scene showcasing the power of empathy, Gurmeet wins her over. Perhaps unintentionally, the film also provokes other questions: is the onus always on the minority to be the better person? How would Elspeth’s xenophobic “Don’t touch me with your filthy hands” comments be received if her character wasn’t frail and grieving?

This beautifully shot documentary explores Margate’s Walpole Bay Tidal Pool through its heyday and economic decline. Through a series of interviews, the diverse cast of locals tell their stories, speaking on mental health and neurodiversity, forging a connection through the pure joy of swimming.

What is life really like at Yarl’s Wood Immigration Removal Centre? Through phone calls, Calling Home reimagines how the limbo-like existence impacts women’s mental health. The documentary is powerfully bleak – the speaker describes shaping nose rings from staplers, a desperate attempt to hold onto her sense of self – yet there is also a glimmer of resistance in these small acts of survival.

Filmed in a Leave stronghold as a direct response to Brexit, Learning to Swim follows Ingrid, her son and Ahmed, a Syrian refugee they welcome into their home in the countryside. This quiet documentary spotlights Ahmed’s determination to improve his English, learn swimming and excel in his new career. The bond between the three is a heart-warming reminder of the power of individuals to affect change in the lives of others.

Set in a typical seaside bed and breakfast, Full English charts the decline of ‘English’ tradition through Gwen, the proprietor, who is fixated on providing the best English breakfast. Both visuals and soundtrack are intense and, through repetition and jarring chords, offer a claustrophobic character study of a fragmenting mind.

Cry Rosa follows a mixed-race schoolgirl in 1980s Belfast as she becomes the target of violent racist bullying. Grace Fleming is exemplary in the title role – her character’s jubilant love of music, increasing self-hatred and desire to be white, and finally her mature understanding of her bullies showcases an arc of resilience, resistance and empathy, closing the programme on a hopeful note.