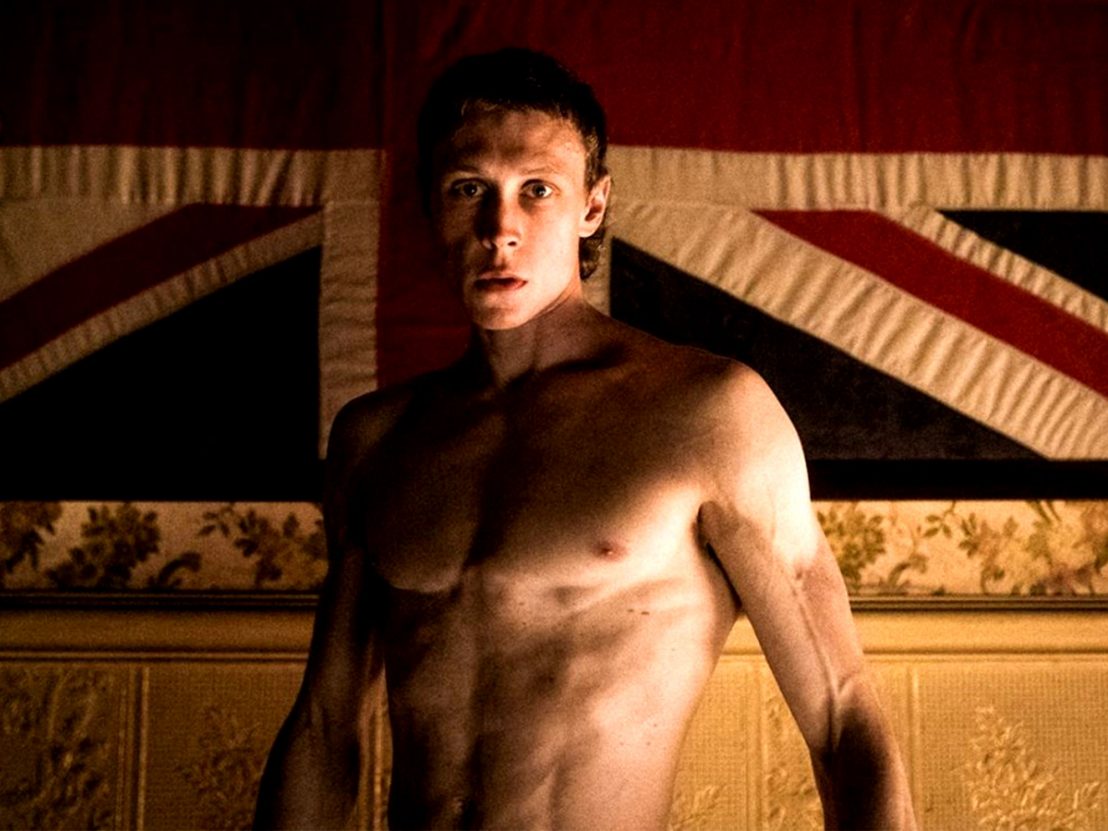 After the all-out disaster that was 2016’s Assassin’s Creed, it’s a relief to see that Australian director Justin Kurzel (Snowtown, Macbeth) has returned to more familiar territory for his latest feature. Following his sojourn to Europe, the antipodean is back in Australia, taking on the legend of the country’s most famous outlaw, Ned Kelly, in this adaptation of Peter Carey’s 2000 novel of the same name which he has turned into a rousing, violent wail of a film.

British actor George MacKay takes on the role of Kelly in this heavily fictionalised account, providing a gruff voice over and wonderfully physical performance. His wide eyes are a pleasing contrast from the sharper things about him: his body is frequently covered in blood; his hair is cut short and tufty. Over the course of his short life, Kelly is abused and disrespected by a litany of characters, though his disagreements always seem to revolve around nefarious Brits Constable Fitzpatrick (Nicolas Hoult) and Sergeant O’Neill (Charlie Hunnam). Ned is the oldest of the Kelly boys, living with his mother Ellen (Essie Davis) and doing precious little to avoid staying out of trouble.

Even the most cursory research into the real life Kelly Gang will demonstrate that this version of events has little bearing on reality. Yet Kurzel (and indeed his source material) don’t make much claim to present facts. Instead the film uses Kelly’s story as a vehicle to explore the contentious relationship between the British and Irish in Australia in the late 19th century, as well as ideas about parenthood, the law and the knotty politics of family. As has become a trademark for Kurzel, violence plays a major role, with the Kelly Gang presented as a band of feral lost boys up to no good. They are repeatedly screwed over by the world around them until they have nothing left to lose.

It’s gritty and grimy, but surprisingly funny too, and cinematography superstar Ari Wegner does an excellent job in providing a real sense of the unforgiving landscape. She opts for greys, brows, blacks and whites over the traditional blue eyes and green grass of the southern hemisphere. One shoot-out scene is particularly stunning, though there’s a slightly jarring change in tone after the first ninety minutes or so, as if in front-loading the film with so much backstory, there’s needs to be sprint to reach the ending.

Still, it’s a welcome change from Kurzel’s other recent work, and makes for a better film about the consequences of self-serving greed than say, for example, Joker.