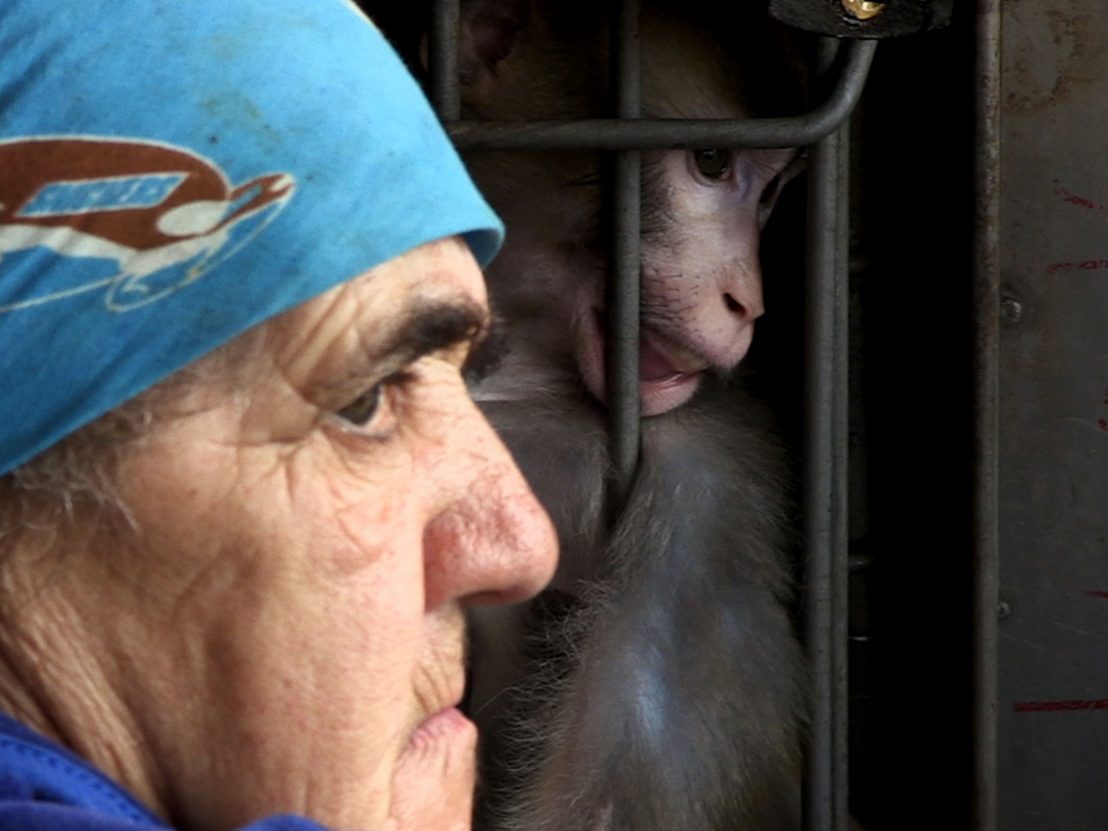 The best films from the Transylvania International Film Festival 2017

A film about ‘Stalin’s Space Monkeys’ and a participatory documentary were among the highlights of this year’s festival.

While the Transilvania International Film Festival continues to promote the type of slow-burning social realism its national cinema has become renowned for, not all Romanian films are stylistically identical and there are countless filmmakers attempting to redefine the map of Romanian cinema.

Take Alexandru Solomon, whose documentary Tarzan’s Testicles received its world premiere at this year’s festival. The film takes us inside the Institute of Experimental Pathology and Therapy in Abkhazai, the former Soviet region still recognised by the majority of UN (with the exception of Russia) as a Georgian territory. The institute was established in the 1920s by the Soviet Union to create a man-ape hybrid, and later used during the Soviet Space programme to train chimpanzees to go into space. Pondering the relationship between apes and humans, Soloman’s film initially feels like a straightforward observational documentary about the heavy toll the Georgian-Abkhaz war has had on the primate testing centre, a place once celebrated as the birth place of ‘Stalin’s Space Monkeys’.

Wonderfully alive to the eccentricities and complexities of the people, places and primates on screen, breathtaking images of the surrounding landscape are juxtaposed with difficult scenes of animal rights violations. The parallels between how we treat animals and people is clear, but it’s the moments when Soloman leaves the confines of the centre and explores the Abkhazai capital of Sukhumi where the film really comes alive; blossoming into a poignant investigation into the fractured identity of a region ravaged by a war that bred a fierce form of nationalism.

An experimental portrait of post-Soviet identity, Tarzan’s Testicles thankfully offers a slim glimmer of hope through the relationship between one of the institute’s elderly zookeepers, and the abandoned infant monkeys she looks after. Refusing to let them be tested on, she cares for these monkeys as if they were her own children – a touching gesture that feels like a small mercy in the midst of such cruelty.

This year’s festival programme was notable for its variety of formally innovative documentaries from across the globe, films that celebrated how the evolution of non-fiction filmmaking has allowed the parameters of art and activism to expand. The most striking of which was Everardo Gonzalez’s Devil’s Freedom, a deeply unsettling study of the violent kidnappings and bribery that have become epidemic in Mexico. A kaleidoscope of menace told with savage detachment, the film is composed almost entirely of first person interviews with both the victims and perpetuators of the violence.

The film sits alongside Matthew Heineman’s Cartel Land and Bernardo Ruiz’s Kingdom of Shadows in its damming expose of the US-Mexico drug war, but what makes Devil’s Freedom unique, is the way Gonzalez protects the identities of his subjects. All of his interviewees are filmed wearing the same mask; an eerie cross between a skin-toned balaclava and a Mexican wrestler’s disguise. This lends the film a haunting quality, but also make a simple and elegant point: with these featureless faces blurring into the collective physiognomy of a society whose basic freedoms have been extinguished by the stranglehold of the country’s drug cartels.

Similarly intimate and upsetting are the testimonies of the architects, builders and actors of Raed Andoni’s Ghost Hunting. In an attempt to come to terms with the memories and fears of when he was imprisoned, the Palestinian director placed an advert in a newspaper asking for tradesmen and actors who were also former inmates of the Moskobiya interrogation centre. What unfurls is a fascinating interplay between space and past tragedy, with Andoni directing his recruits to construct a replica of the prison inside an abandoned warehouse.

The men openly discuss the physical and psychological trauma of their experiences, and recreate the humiliating interrogation techniques they endured, with Andoni clearly believing that the best way to overcome the trauma of the past is to relive it. But as the film progresses it becomes unclear who is getting more out of this experiment; the crew, looking to exorcise their demons or the director, sat on the fringes, pushing for a reaction. There’s never any real indication or sign of catharsis from these men, and it could be argued that Andoni trivialises their experiences purely for dramatic effect, with Ghost Hunting ultimately awakening more demons than it vanquishes.

Screened outdoors on the banks of the Someșul Mic river, to a predominantly Romanian audience, Milton Guillén and Maple Razsa’s The Maribor Uprisings, was billed as an audience participation documentary and didn’t disappoint. Throughout the film the directors ask the audience to decide through a democratic vote how the narrative will unfold. Like a ‘choose your own adventure’ book, reconfigured for the big screen, the result is a passionate depiction of close-range journalism, and also a fascinating portrait of human interaction and the psychology behind mob mentality.

The film puts the viewer at the heart of the 2012 Maribor protests, a civil uprising born out of a growing disgust with the austerity measures and surveillance methods imposed by a corrupt government. Shot by five members of a filmmaking collective that united to counter what they felt was a skewed media narrative of the uprising, the film pauses at random points, and the audience is asked to vote for which path they want to take – do you choose to leave the riots and learn more about the context behind the uprising, or do you follow the angry mob heading towards the frontline?

It says a lot about the cinema audiences of Cluj that we came away learning a lot about the corruption and inequality in Slovenia, but as the film progressed a sense of camaraderie began to foster in the audience, and when given the choice between fighting to defend the square or listening to the stories of those seeking safety, there was an almost unanimous vote to confront the armed police.

Although lacking the haunting intensity of Sergei Loznitsa’s observational documentary Maiden, about the protests in Kiev’s Independence Square, or the breadth and depth of information about the cascading series of revolutions and counterrevolutions that shook Egypt in Jehane Noujaim’s The Square, The Maribor Uprisings is a fascinating experiment in audience engagement that underlined the festival’s penchant for films that provoke critical thinking.