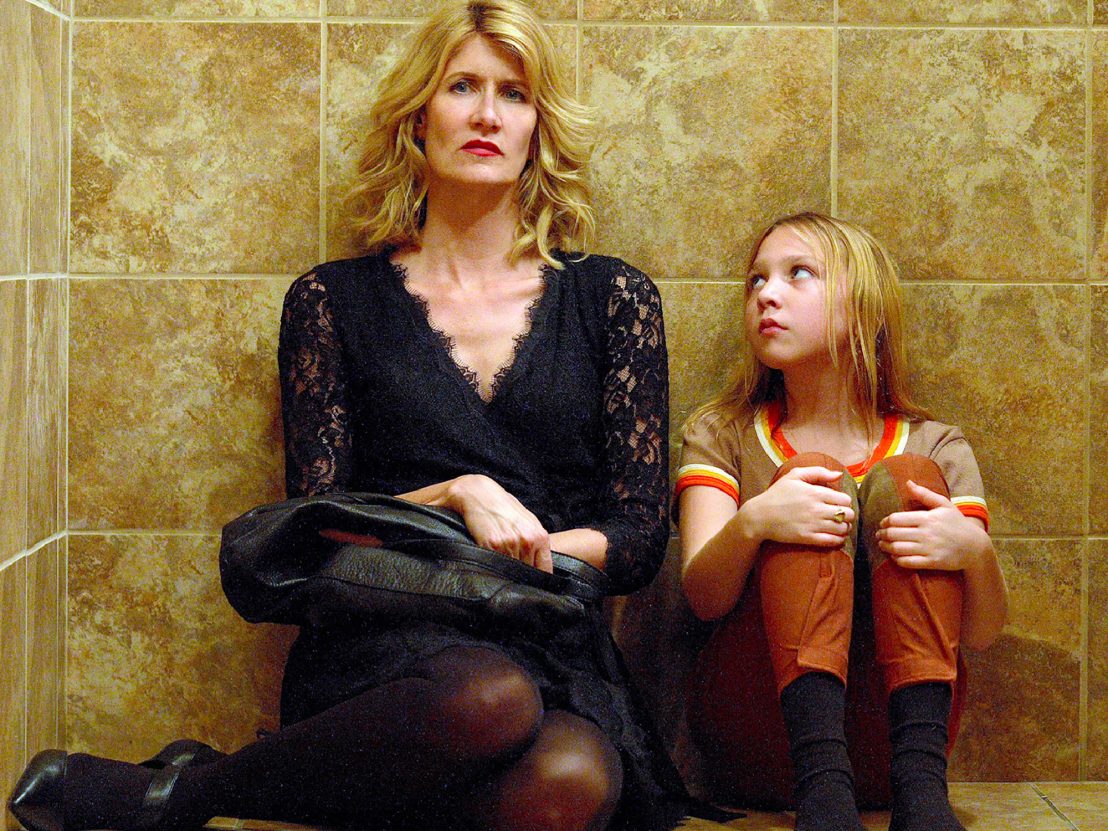 At the beginning of The Tale, Laura Dern’s voiceover informs the viewer that, “The story you are about to see is true, as far as I know.” An exercise in remembering, misremembering and trying to make order out of chaos, Jennifer Fox’s debut narrative feature is based in fact – the story of the sexual abuse she experienced as a child. “You know, I always saw this story as fiction,” Fox told LWLies ahead of the film’s UK premiere at Sundance London. “There is no evidence, there’s no one who would speak. If I had taken my camera around on the journey you see in the film, who would talk? Nobody. Also, it’s really a film about the mind, and construction of self, and so how do you show that in a documentary? How do you show the past?”

In fictionalising her memories, the role of Jennifer is split between Dern, who plays her at 48-years-old, a successful documentarian with a loving fiancé, and Isabelle Nélisse as her 13-year-old incarnation, a quiet and delicate child who feels invisible at home as one of five children. After spending a magical summer at a riding school under the tutelage of Mrs G (Elizabeth Debicki) and her lover Bill Allen (Jason Ritter), she becomes close to the couple. What starts as a seemingly innocent relationship – whereby the teenage Jennifer gets the attention and parental figures she’s always craved – soon becomes insidious, while the adult Jennifer attempts to uncover the true nature of her connection to those she was so close to in her childhood.

The Tale has already been heralded as ‘the mother of all #MeToo movies’, but to categorise it solely as a film about abuse would be remiss. First and foremost, this is a story about the fallibility of memory, and how we frame and reframe events within our own minds. Early in the film, the elder Jennifer misremembers how young she appeared at 13 years old, envisioning a teenager where there was actually a child. Confronted with photographs she is startled by the realisation that the image she built of herself – that of a worldly young woman – was not so in reality. Fox’s manipulation of the camera mimics the malleability of her memories – as her age changes, so do her clothes, her words, the weather. “When I was a child I was obsessed with changing myself,” the adult Jennifer says. “Now I don’t even remember who I used to be.”

It provides a terrifying insight into how perpetrators of abuse not only legitimise their actions but justify them – time and time again, Bill tells Jennifer he’s doing her a favour by taking a sexual interest in her; he whispers, “Do you know how lucky you are?” highlighting the way in which abusers situate themselves within their victims’ lives, and how they are able to manipulate through reinforcing the notion of exclusivity and being special. “We don’t always consider the complexity of what a child feels,” Fox says of this troubling idea. “Not to take away that it’s abuse, but we don’t really allow that the child can feel love, and feel special, and feel grief at the loss of that adult figure.”

Fox urges understanding of victimhood, particularly in relation to children, and compassion when confronting the past. “I only used the word sexual abuse for the first time when I was 45,” she explains. “When I realised that that’s what happened to me and that it’s universal and that it happens to women all over, I also realised that the reason I could never say that to myself is because being a victim would have killed me more than the abuse itself.”

Owning one’s perceived victimhood highlights the need for women to tell their own stories, rather than serve solely as inspiration for male filmmakers – pertinent at present, as Ryan Murphy considers making a TV series based on the #MeToo movement. These stories belong to those that lived them. It’s vital we learn to listen.

The Tale premieres on Tuesday 5 June on Sky Atlantic at 10pm.