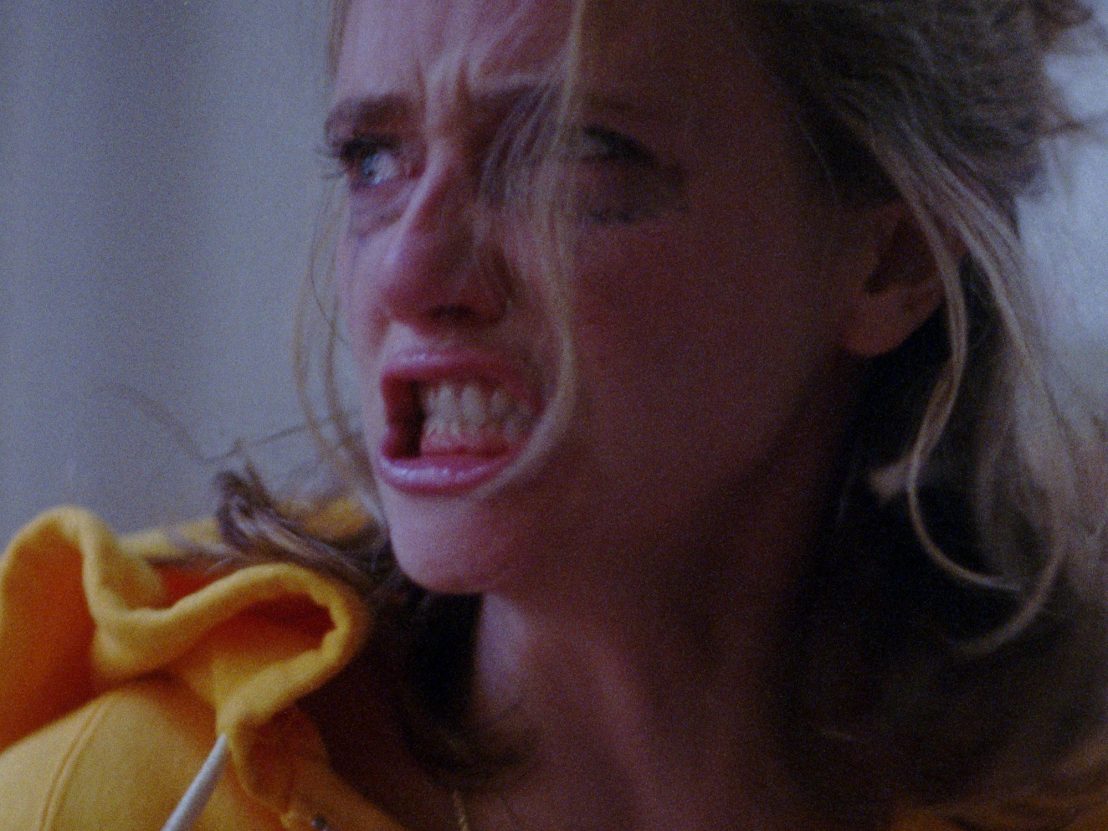 The Scary of Sixty-First – first-look review

A woman becomes possessed by the spirit of one of Jeffrey Epstein’s victims in this misguided psychological horror.

There are serious moral and ethical considerations when you create art about a real-life tragedy, in particular one where many of the surviving victims are still seeking justice. Yet the glib levity of The Scary of Sixty-First makes it nothing short of obscene. Nekrasova is capitalising on child abuse and seemingly finds her own braveness to ‘go there’ hilarious. The experience of watching the film is like being trapped in a conversation with a “cool girl” telling bad rape jokes then accusing you of being uptight for not laughing.

The only motivation of the dialogue seems to be to shock the viewer by having characters hurl homophobic slurs at one another or call the Queen a “batty old cunt”. A woman sucking her thumb while having sex with her boyfriend and yelling “fuck me like I’m on a plane!” and “fuck me like I’m 13!” isn’t subversive, it’s cheap and tedious.

Nekrasova demonstrates a degree of cine literacy by evoking giallo in her use of magenta lighting, and Eli Keszler’s synth-heavy score elicits some great B-movie moments, but the film has a fairly loose grasp on the most basic mechanics of storytelling, suspense and humour. Above all, this is proof that no amount of possessed-woman-masturbates-with-Prince-Andrew-memorabilia scenes (and there are quite a few) are a substitute for basic script-writing skills.