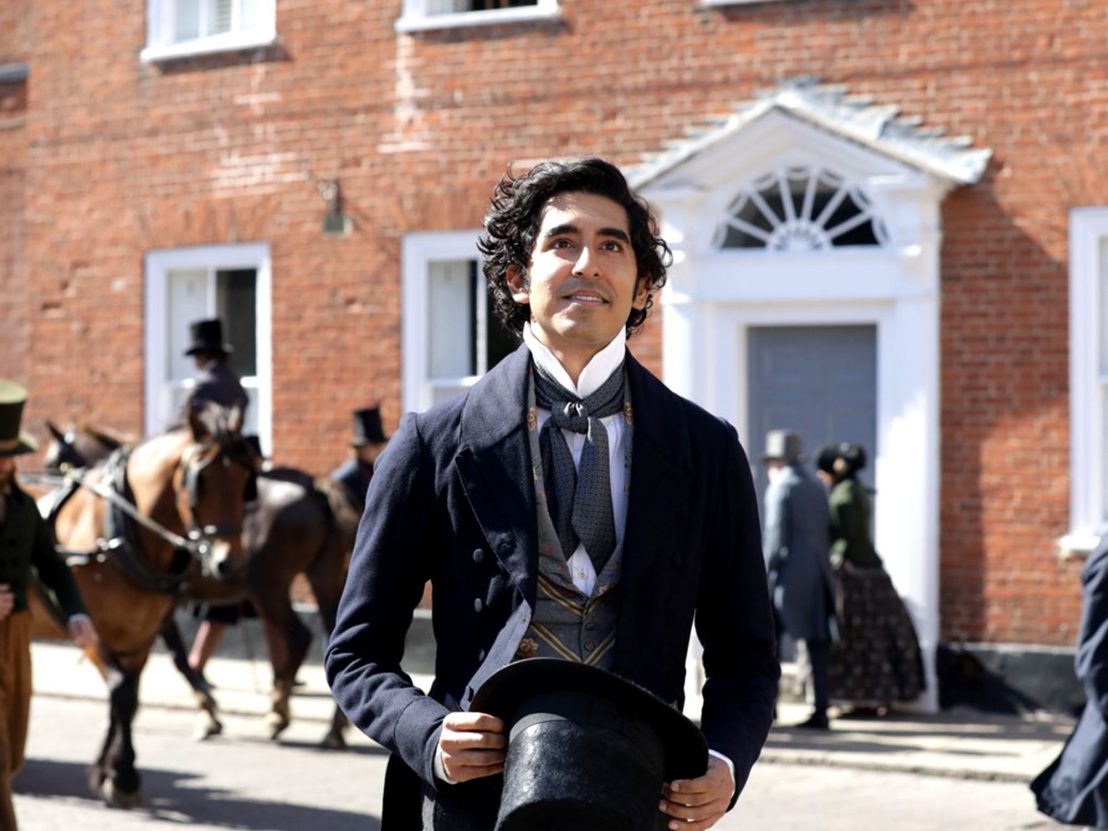 A light and lovely Dickens adaptation with Dev Patel revealing his immense comic chops in the title role.

Perhaps, given the present state of things, it makes perfect sense that Armando Iannucci would want to take a small break from making satire. Although best associated with his piercing political ripostes in the form of The Thick of It, In the Loop, and The Death of Stalin, his latest outing as a film director takes a different shape, as he adapts Charles Dickens’ once-serialised bildungsroman David Copperfield into a handsome dramedy with an eclectic cast of British talent, headed up by Dev Patel as the down-on-his-luck gentleman who is forced to navigate difficult circumstances against the backdrop of Victorian London.

Patel, with his wide eyes and ineffable charm, is a perfect choice for the title role, and delivers some of his best-ever work in capturing Copperfield’s multitude of personas, from hangdog pauper to aspiring gentleman doing his best to keep his head above water. He wears his heart on his sleeve and his emotions written all over his face, as perfect a choice for Copperfield as Colin Firth for Jane Eyre’s Mr Darcy.

He is the film’s warm heart, a human Paddington Bear who believes sincerely in the good of the world despite his frequent hardships and the cast of notable eccentrics who flit in and out of his life. There’s Peter Capaldi as melodramatic (but ultimately well-meaning) Wilkins Micawber; Tilda Swinton as eccentric aunt Trotwood; Hugh Laurie as the troubled, kite-flying Mr Dick. Much is likely to be made of the film’s colourblind casting, but far from a gimmick, it reflects the bright diversity that makes Britain what it is.

Similarly, the film’s bright colour palette and flamboyant costume design blow the cobwebs away from any preconception of Dickens as dour, perhaps ensuring the film is likely to become a staple of school curriculums for years to come. Iannucci and co-writer Simon Blackwell cherry pick and condense the sprawling source material, dividing Copperfield’s life more or less into chapters, as we follow him from idyllic youth to troubled adolescence and adulthood.

There’s a boundless, boisterous energy and charm to proceedings, trading biting sarcasm for gleeful absurdism. Although the source material had its own political and satirical tones, Ianucci’s reimagining feels less concerned with that, instead opting to filch from Dickens’ novel the portraits of human nature, and more specifically, their multitude of complexities. No one – perhaps with the exception of Ben Whishaw’s slithering Urea Heep – is ever solely a villain, or indeed a hero, even Copperfield.

It joins the ranks of Paddington 2 in this regard, both warm-hearted, brightly-coloured romps about the milk of human kindness, distilled from stock notions of Britishness, such as a plucky determination to overcome adversity without losing one’s gentle manners in the process. Its lightness might make it feel a little featherweight to some, but with performances as charming as these, it’s hard to not be enthralled all the same.