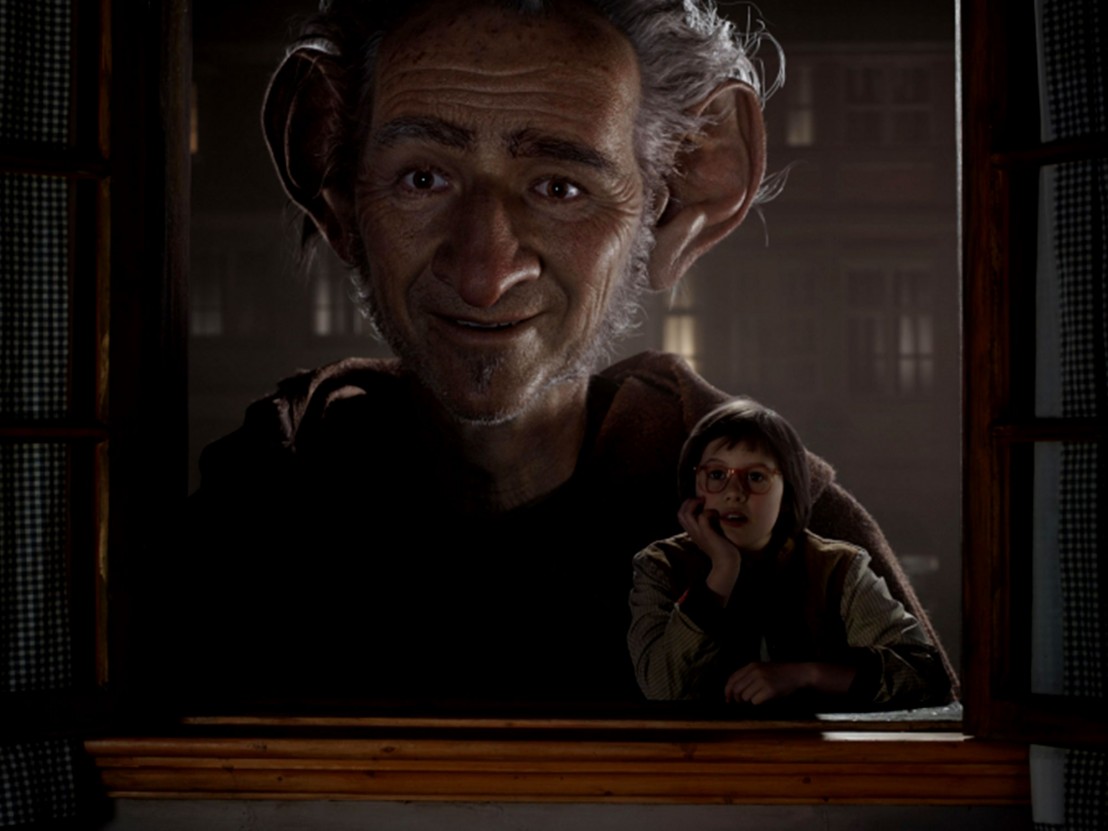 What happens when the universally acclaimed powerhouse of emotional filmmaking that is Steven Spielberg adapts a tale by an author cherished for his unique strangeness? In his adult books, Roald Dahl relished grotesquerie. Even his children’s stories possess details designed to push imaginations to their darkest corners. Published in 1982, ‘The BFG’ is dedicated to Dahl’s daughter, Olivia, who died aged seven, and illustrated crudely by his faithful artist, Quentin Blake.

Fans of the book’s weirdness may find themselves grappling with the film’s tone initially. Although live-action and tactile animation is harmoniously combined, the look is too smooth to pass as authentic, like a rich kid who dresses heroin chic. Raggedy creepiness is sanded down. Production design is pristine, unlike any stage Dahl ever built. Still, judged in its own right, there’s little to object to in an adventure fantasy about solitary outsiders who help each other through friendship, which evokes Spielberg’s own E.T.

The film looks fantastic. Mark Rylance is virtually unrecognisable beneath The BFG’s flapping ears and massive hooter. Within 10 minutes he has plucked precocious bespectacled child, Sophie (Ruby Barnhill) from her orphanage and is leaping over oceans, mountains and through clouds to a soaring John Williams score.

The BFG lives behind a waterfall in a spacious cave filled with, among other things, a tree, labelled bottles of dreams and snozzcumbers (maggoty cousins to the cucumber). Sophie relaxes when she realises that her kidnapper is the lone vegetarian sophisticate among his primal neighbouring giants who are evocatively-named: Fleshlumpeater, Bonecruncher, Manhugger, Childchewer, Meatdripper, Gizzardgulper, Maidmasher, Bloodbottler and The Butcher Boy. All Dahl’s linguistic inventions are present and (in)correct, from The BFG’s idiosyncratic speech to his tipple of choice, frobscottle, and its after-effect, whizzpopping. Spielberg has enormous fun with frobscottle in a scene that should have younger viewers howling with delight.

Before larks can ensue, the spectre of menace comes pounding on the door. It is Fleshlumpeater (Jemaine Clement), a rude, deep-voiced he-man whose sleep has been interrupted by jabelling (talking). He has come to see if there are any beans (humans) to eat. “Runt” is how he addresses The BFG, whose bigness only exists in relation to humans. Among giants, he is small enough to throw around for sport, and indeed, this does happen. His arc involves learning to stand up for himself, with help from bossy and it turns out, fearless Sophie.

The BFG is a wonderful character. A ragged-trousered Jesus with a West Country accent, he lives to atone for the child-eating misdeeds of the other giants. “They takes so I gives back. I blow my dreams about.” This last sentence is literal truth. The BFG catches dreams, which fizz around by a lake in various colours, like fairies in Peter Pan, and then walks the streets at night, blowing them through children’s windows. Once Spielberg begins to fly with this huge metaphor for hope, incredible cinematic moments start coming thick and fast.

One particular scene seals the deal: Sophie is taken back to the orphanage by The BFG, who fears for her safety in the land of the giants. She misses her friend and starts talking to the air, knowing that he hears everything with his pendulous ears. She says she will jump. She does so. She is falling and then – just in time – the giant hand is there, to Williams’ reliable orchestral euphoria. The fact that Spielberg conjures moments that coalesce wonder, spectacle and joy film-after-film does not diminish either the director or his work. These moments are what makes him great. We are lucky to have him.

The dialogue, from the screenplay adapted by the late great Melissa Mathison, is so wise and sad. A lot of the visual power comes from Gulliver’s Travels-style contrasts in size. Through this conceptual fixture, Spielberg flexes his muscles for humour and poignance, often at the same time. Meanwhile, dreams become increasingly important. They are a way of reaching the Queen (Penelope Wilton) – reach higher powers by touching their subconscious and then enlist their help is one available reading of the film’s subtext.

The BFG’s greatest strength is its simplicity. This is a film built for children that delights with fantastical details while gently pushing a heartfelt message about the power of dreams. It isn’t a total fantasy. There is a big friendly giant blowing dreams into people’s heads. The BFG is not a great Roald Dahl adaption but it is a delightful Steven Spielberg movie that proves, once again, that films and dreams are mixed from the same stuff.