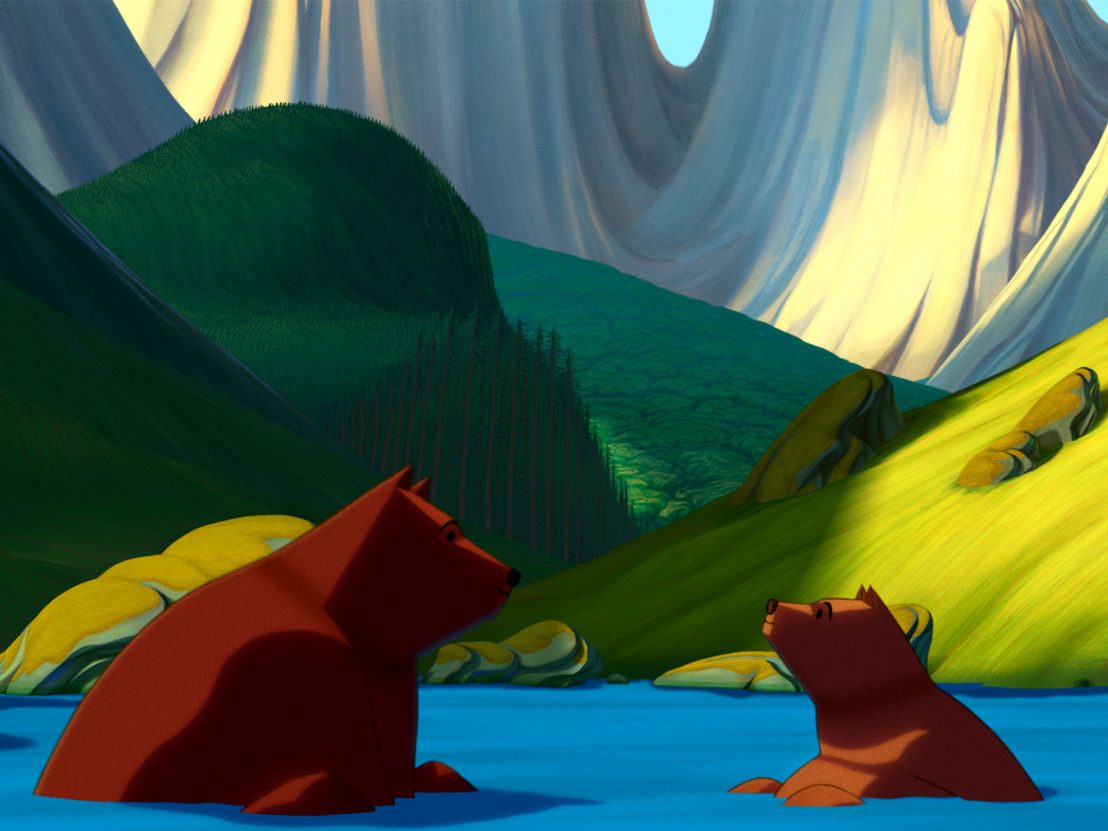 The poster for the 53rd Cannes Film Festival, held in 2000, shows a giant, gymnastic figure emerging from within the screen into the theatre space beyond. It’s an image of one thing becoming another, a 2D figure entering a 3D space; of form, transforming. The poster was designed by illustrator and comic artist Lorenzo Mattotti, who returns to Cannes 19 years on to tackle the same task as his sculptural poster subject: moving from one form to another with his directorial debut, The Bears’ Famous Invasion of Sicily.

Adapted from a 1945 children’s book of the same name by Dino Buzzati, the film follows two travelling entertainers who stumble into a cave and placate the bear they find within, telling him a tale of heroics, rebellion and magic. They begin their routine, revealing that the titular famous attack is initiated after one of their young, Tonio, is caught by humans and taken to their city.

Winter comes and under the rule of Leonce, the kidnapped Tonio’s father, the bears descend from their mountain and invade the human’s realm in the hope of finding their kin, further lured by the promise of warmth and food (even though they’ve heard that humans enjoy ravioli stuffed with “anything”, including sheep’s eyes and bogies).

Mattotti’s skill as a designer, along with a team of animators he has described as “monastic scribes”, comes to life when the worlds of bear and human collide. The bears’ mountains appear draped in silk, there’s no harsh edges or gullies, just never ending S-waves of a sledge-goer’s dream. The bears themselves are simple, elegant creatures; within these alpine scenes their sleek, almost wood-carved forms seem at home among the snow and trees. The humans, however, cast harsh shadows against the landscape, all angles and spindles and unnatural colours.

As the armies clash, Mattotti abandons the spatial rules and rhythms of any kind of reality. Instead they adopt the dizzying, colour-wheel aesthetic of classic Hollywood musicals, a stylistic diversion made a few times in the film, each more satisfying than the last. It’s nature harmonising with our grizzly gang: chorus lines of bears dance on the edge of endless ice shelves; lunar size snowballs sail, synchronise and flatten human battalions. Later, in an exquisite cross-cut sequence, skylines disappear, replaced with harlequin colours and the circus of war sliding across the screen in cartoonish fashion.

Despite descending their mountain, the bears arrival in the city sees them reach the peak of their power. It’s here that the story returns to its orators, the cave bound duo and their large, furry audience of one. It feels like it’s ending, but the film takes a surprising turn, addressing the aftermath of fairy tale success and becoming a coda of power and violent cycles, no matter the species who wields them. As both sides recoil to their starting positions and the snow settles, there’s a melancholy to the fallout – a reminder of the destruction that comes from bearing arms. 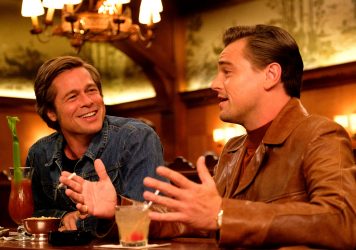