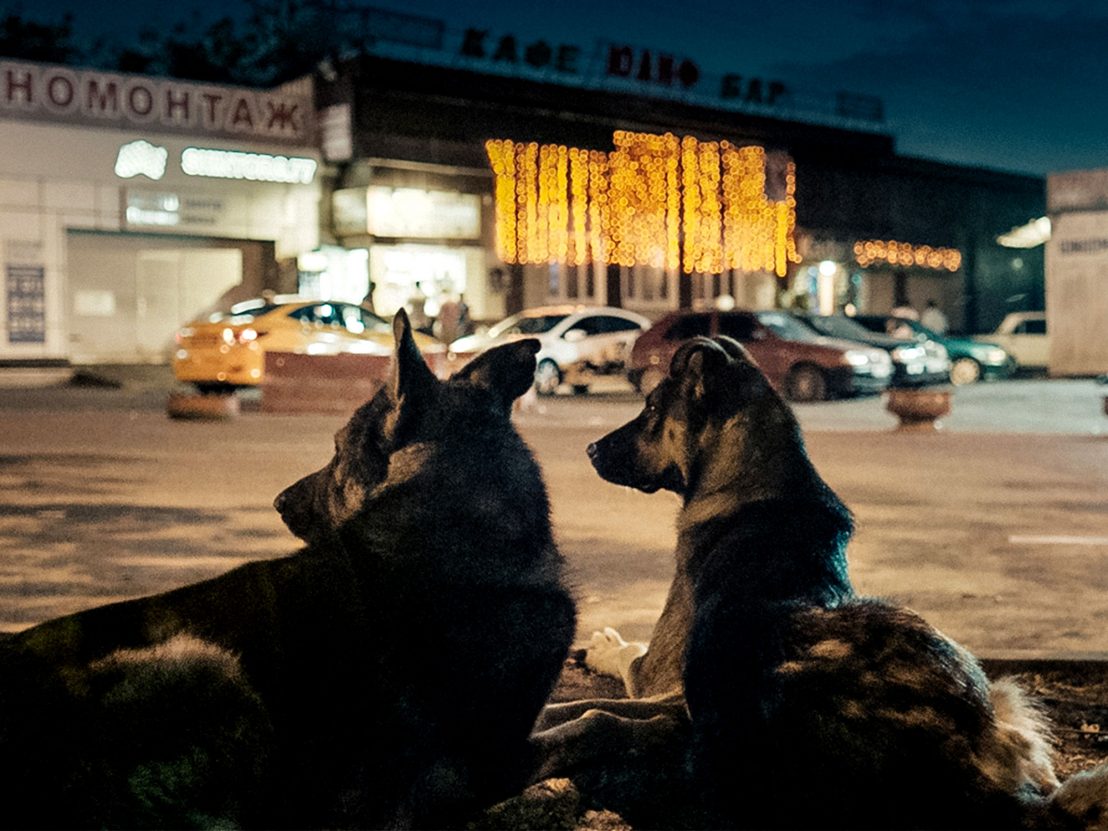 Space dogs, muscle men and a Soviet cinema icon were at the forefront of this year’s event.

As the curtain fell on the 23rd edition of the Tallinn Black Nights Film Festival, Anshul Chauhan’s Kontora walked away with the Grand Prix prize. However, the most powerful films at this year’s event were those haunted by spectres of the past – from Rene van Pannevis’ FIPRESCI Prize winner Looted, where the death of Britain’s fishing industry looms like a pregnant storm cloud, to Elsa Kremser and Levin Peter’s Space Dogs, in which the ghost of a canine cosmonaut haunts the streets of Moscow. Celebrating the extraordinary ability of cinema to resurrect the past, here are 10 highlights from this year’s programme.

In 1979 Andrei Tarkovsky visited Tallinn to shoot his enigmatic sci-fi masterpiece Stalker. He considered the film his greatest achievement, so It’s fitting a documentary about his career should screen in the Estonian capital. Directed by Tarkovsky’s son, and featuring previously unreleased recordings of poems by his father, Arseny Tarkovsky, this reverential portrait of Russia’s most prominent filmmaker is very much a family affair. Organised around a vivid sense of loss, Tarkovsky junior weaves together family photographs with footage from the director’s filmography to create a touching tribute to the cultural and spiritual bond between fathers and sons.

It’s never explained who the real monster in Tom Sullivan’s Gaelic language thriller is. It could be the occupying British landlords imposing rent increases, or the blight that infected potato crops throughout Ireland in the 1840s. Or perhaps it’s Patsy Kelly (Dara Devaney), an Irish serviceman, turned deserter, returning to Connemara with a grudge to settle? The film follows Colman (Dónall Ó Héalai) a dutiful father wrongly accused of a terrible crime, who ends up living as a fugitive during the Irish famine. This well acted and beautifully scored film is born of the land itself; an austere and implacable drama about finding hope when all else is lost.

3. Devil Between the Legs

The sexual appetites of the over ’70s are rarely depicted on screen, but the love life of an ageing couple provides the foundations for Arturo Ripstein’s latest drama. After decades of married life Beatriz (Sylvia Pasquel) has grown tired of her husband (Alejandro Suárez) and his violent outbursts. Despite embarking on his own affair with a local hairdresser, his jealousy regarding her sexual past manifests itself as wild accusations of infidelity. Ripstein’s camera moves through the couple’s house like a ghost, filming their pugilistic relationship in black and white to underscore the complexity of their relationship. Running the gamut from uncomfortably cruel to pleasingly transgressive, Beatriz’s suffocating sadness bleeds into senescent eroticism in this alluring tale of geriatric desire.

Set in Ukraine, and starring a cast of Ukrainian speaking actors, the debut feature from Australian director Jayden Stevens is a deadpan study of loneliness with a decidedly Eastern European twist. Unsettling our sense of what is normal and habitual in human interactions, this puzzling comedy observes as a nameless man auditions a group of non-professional actors to play his family. Together they re-enact his childhood memories, but when his fake sister becomes inspired to follow in his footsteps the boundary between performance and reality dissolves into something much more authentic. Exploring the foibles of the human condition, Stevens’ film intelligently reflects a need to re-evaluate the traditional family unit.

Situated in the Murmansk region of Russia, the town of Apatity was originally built as a Gulag to help industrialise the Arctic Circle through forced labour. Ksenia Okhapkina’s documentary looks at how the totalitarian systems of the past continue to haunt the residents of this isolated mining town. Shot entirely at night, with minimal dialogue or analysis, she observes as girls are forced to perfect their ballet routines, and boys are taught to march and dismantle guns. The prevailing mood is one of resignation, with the film’s industrial sound design emphasising the extent to which these young citizens are little more than cogs in an ideological machine.

Lithuanian director Jurgis Matulevičius announced himself as a major new talent with this impressive debut. Adapted from a short story by Antanas Skema, about life in Lithuania during the Soviet occupation, the film artfully explores the trauma of living under constant surveillance. Matulevičius cut his teeth under Šarūnas Bartas, and his tutelage under the master of opaque, formally audacious studies of Lithuanian identity is very apparent. Filmed in black and white, with occasional bursts of colour, the film’s fragmented narrative symbolises the parallels between Lithuania’s past and present, as themes of friendship, guilt and self-liberation play out against the legacy of the Holocaust.

Eschewing the gritty sensationalism commonly associated with crime thrillers, Rene van Pannevis’ debut is beautifully attuned to the feelings of displacement that preoccupy many British teenagers. The film follows Rob (Charley Palmer Rothwell), a young car-jacker from Hartlepool living a double life. At night he’s part of a close-knit gang with his best friend Leo (Thomas Turgoose), but during the day he’s a carer for his father Oswald (Tom Fisher), a retired sailor dying of lung cancer. Inextricably linked to the decline of the industrial landscape which frames the story, Looted is an intimate drama that depicts the moral complexity of criminal behaviour in a refreshingly honest manner.

Starring Craig Fairbass and Cavan Clerkin (winner of the festival’s Award for Best Actor), Gerard Johnson’s third feature is a protein-powder-keg of raging testosterone that calls attention to the fragility underpinning performative masculinity. A slow-burning psychological thriller, the film centres on Simon (Clerkin), an unhappy office worker whose life is commandeered by a personal trainer named Tony (Fairbass) who builds him up, only to knock him back down. Shot in black-and-white by Stuart Bentley, Muscle has the lurking inevitability of an uncomfortable dream, with Simon’s attempt to conform with archaic stereotypes of virility exposing the toxicity that underpins male dominated spaces.

Starring Chilean luminaries Paulina Garcia and Alfredo Castro, Jorge Riquelme Serrano’s Some Beasts is a profoundly distressing indictment of his country’s Bourgeoisie. Resonating profoundly following the accusations of indiscriminate violence by state forces during the recent protests in Chile, the film observes as a wealthy middle-class family tear themselves apart after becoming stranded on a deserted island. Troubling scenes of sexual and emotional cruelty allude to Chile’s violent past and the behaviour that has led to the nation’s current state of unrest, with Serrano showing what happens when the structures that elevate the upper classes are dismantled.

Those affected by scenes of animal cruelty are advised to steer clear of Elsa Kremser and Levin Peter’s experimental documentary. The film is structured around Laika, the mongrel dog turned cosmonaut, who became the first animal to successfully orbit the planet. Rumour has it she returned to Earth as a ghost and haunts the streets of Moscow, with Space Dogs combing archive footage of cruel experiments carried out on animals, with vérité footage of Moscow’s street dogs. Part satire on human progress, part study of the contested nature of public places, Kremser and Peter successfully subvert the anthropocentric gaze to Illustrate the violent way humans inhabit space.

For more on this year’s festival visit poff.ee 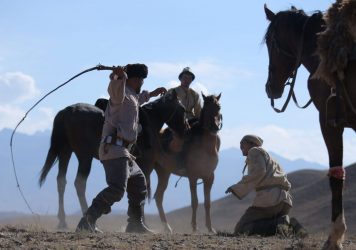 A Tibetan road movie and Germany’s answer to Kids were among the highlights at this year’s POFF.