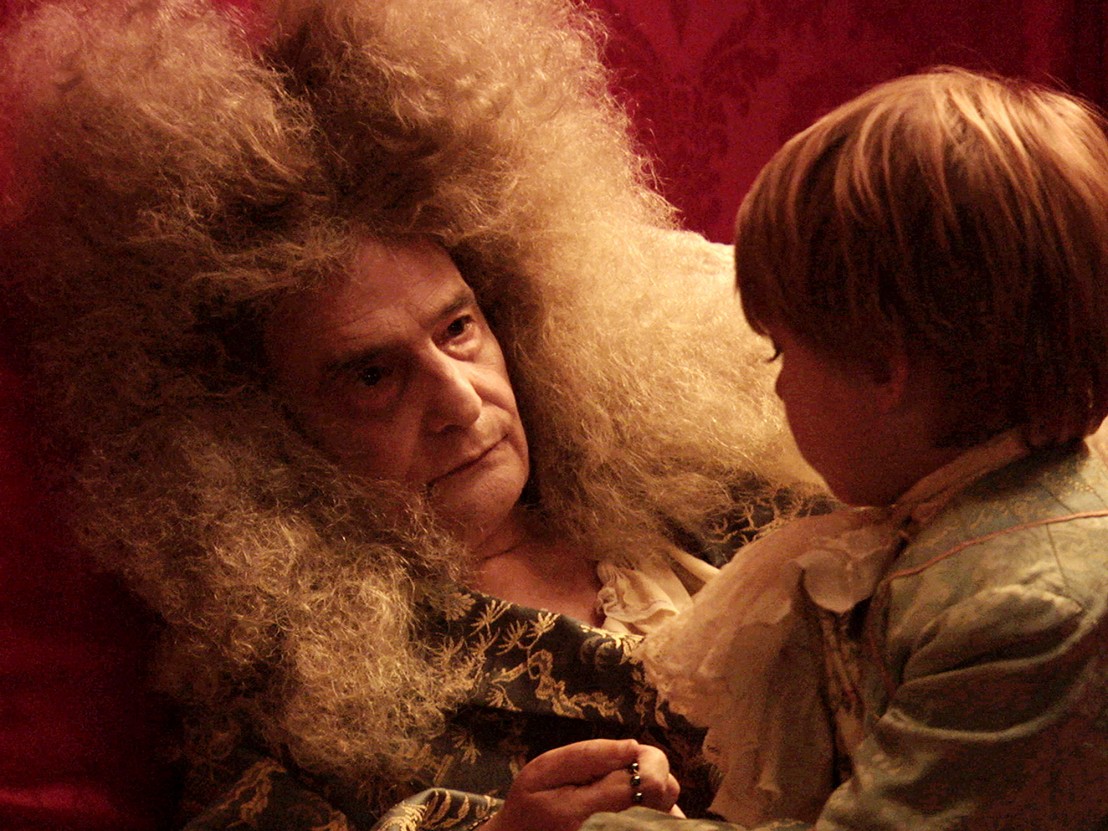 The Polish festival once again served up the best world cinema has to offer, including a contender for film of the year.

We’ve said it before but it bears repeating: New Horizons really is the coolest film festival on the continent. Sure, it may not boast the kind of high-profile world premieres you’d associate with Cannes or Venice, but have you actually tried getting into those? A cheap 90-minute return flight from London finds you at the Kino Nowe Horyzonty, a nine-screen complex in central Wrocław dedicated to the best in world cinema. It’s here where, across 10 nights in July, you can choose between screenings of the crème of Cannes or a series of perfectly programmed retrospectives screened from immaculate 35mm prints.

Next year New Horizons is moving to the beginning of August to avoid a clash with a major sporting event. We’re looking forward to it already. In the meantime, here are a few of our favourite discoveries from this year’s fest.

A strong contender for film of the year, Catalan director Albert Serra continues to populate his Borgesian gallery of figures drawn from literature and history with this magnificent portrait of the candy floss-bewigged French monarch. Serra barely ventures any further into the land of the living following his 2013 Locarno-winner, The Story of My Death – the new film’s slight narrative taking the form of a two hour death-rattle almost entirely contained within the dying king’s bedchamber. Something of a digital miracle (the low-level lighting – and the film’s final line – invite comparisons with Barry Lyndon), it’s a triumph of costume and design, the interiors as luxuriously textured as Serra’s direction and breathtaking visual style are rigorously controlled.

Audiences in Wrocław weren’t the first to point out the echo in the film’s most exquisite shot; as Jean-Pierre Léaud’s Louis throws down an extended, fourth-wall-busting stare, just as he had nearly 60 years ago at the close of Truffaut’s The 400 Blows. It’s an extraordinary performance that imbues the emblematic with the personal to devastating effect. While he’s surrounded by a coterie of physicians ever more desperate to preserve an idea of France as much as its corporeal embodiment, Serra fixes on the dying gasps of a figurehead (and by extension, a nation); a metaphor that forges the historical to the presciently political.

One can probably reach the Aleutian Islands in less time than it takes to sit through all twelve hours of Ulrike Ottinger’s ethnographic study of their landscape, inhabitants and surroundings. Broken into three parts, it’s a viewing experience that swiftly proves itself anything but a chore. Ottinger remains a singular figure of the New German Cinema, her background as an artist placing her at a distance from her better-known contemporaries. Of a piece with her 1992 portrait of Mongolian nomads, Taiga (a snip at eight hours), Chamisso’s Shadow is a documentary in the slow cinema mode, a film at distinct odds with her 1979 alcoholic masterpiece of auto-destruction, Ticket of No Return, and its better-known 1981 follow-up, Freak Orlando.

The film forms “an assemblage of the ethnographic and the artistic,” creating a dialogue between the diaries of 18th and 19th century explorers (Humboldt, Cook, Stellen and Chamisso) that form much of the film’s narration, and Ottinger’s own journey in their footsteps to the sparsely populated straits where America almost meets Russia. A keen, lyrical eye for detail surveys the landscape; long takes at pains not to editorialise the daily rhythms of its inhabitants. A wry sense of humour occasionally surfaces, while past and present are rivetingly juxtaposed in voiceover and image. A tremendous achievement by any standards, its patient, rigorous image-making there to luxuriate in for (many) hours.

Currently the subject of a Paris retrospective, Patrick Grandperret remains little-known outside of his native France. Claire Denis selected and introduced his 1989 film in tribute to her friend – a producer and director who helped launch the careers of Luc Besson and produced her own Beau Travail – apparently in serious ill-health. A punkish lark in the Cinéma du Look mode, Mona and I features an early starring turn from an impossibly young Denis Lavant as a band member/manager desperately seeking credibility. Setting up a tour for visiting punk icon and “urban shaman,” Johnny Valentine (erstwhile New York Dolls guitarist, Johnny Thunders, who provided the ace soundtrack and died shortly after the film’s release), Lavant swiftly pimps out and loses his girl to the singer.

Grandperret satirises as much as he indulges the punk attitude, a terrific mid-film sequence sees Valentine’s energetic club performances picked apart by Lavant’s wannabe crew. One can only wonder whether the copious on-screen drug use was mirrored behind the scenes, given the film’s coke-jagged rhythms and stylistic jolts. There’s little attention paid to continuity – narrative or otherwise – the main thrust of the already fractured ‘story’ veering off for an extended drug deal digression. The spirited let’s-just-film-some-shit approach just about wings it (especially in the Valentine hang-out and rehearsal scenes), but a suitably bonkers finale – murder, unicycles and an impromptu game of beach volleyball – at least feels of a piece with the anarchic posture to which its losers aspire.

If Mona and I feels cocaine-powered, its drug use is nothing compared to the opiate fog that hangs over Arrebato. A remarkable cult oddity that played in the festival’s Basque cinema strand, it’s a paranoid, vampiric ode to filmmaking that feels like a missing link between Peeping Tom and Videodrome. Told through a complex and not always distinguishable series of flashbacks and spectral visitations, it tells the story of a Z-grade, junkie filmmaker who receives a mysterious package from a deceased former friend containing reels of film, a key and an audio-recording.

Said audio provides the film’s voice-over narration, a disturbing catalogue of the friend’s attempts to capture his own personal cinematic ‘rapture’ on film – using a camera that feeds on a person’s essence – as he spirals deeper down a drug-addled rabbit hole. With its searing imagery, oblique references and numbing, grimy vibe, Arrebato proves a lot to take in on a single viewing, even as the ending remains impossible to shake. One can imagine directors as disparate as Lynch and Almodóvar being fans (Pedro regular Cecilia Roth co-stars). Well deserving of a wider audience, it’d make for a brilliant addition to the likes of Arrow or Eureka’s home video line-up.

The year’s greatest love story comes courtesy of Taiwanese master, Tsai Ming-Liang. Taking the form of a conversation between the director and his long-term leading actor Lee Kang-Sheng, Tsai sets up an exquisite static frame, kicks back and chats til his memory cards run out. That’s everything, and it’s everything. A chronicle of a twenty-five year working relationship, of personal and professional anxieties; it’s a heartrending portrait of an odd-couple clearly (platonically) in love. Questions of physical and artistic mortality spill from Tsai’s charmingly nervous motormouth, as Lee stoically chain-smokes and resists his friend’s persistent psychological probing as best he can. Digressions within digressions take the rudderless conversation seemingly accidentally into the realms of the melancholic, not least when focussed on the making of Stray Dogs. Yet it remains a film of profound warmth and intimacy, not to mention humour; a film so formally rigorous yet chaotically, messily human.

With none of the films available on DVD, New Horizons’ programming of the entirety of Matthew Barney’s Cremaster Cycle on jaw-dropping 35mm prints over consecutive nights proved an opportunity not to be missed. The swirl of images conjured by the artist-filmmaker’s masterwork lingered long after the screenings were over, on occasion serving as an amusing intrusion to a late-night film during an accidental nod-off. The festival’s grand finale saw Barney’s most recent work, River of Fundament screened at the recently completed – and acoustically-staggering – National Music Forum.

If the Cremaster films had prepared us for the imagistic smorgasbord to come, six hours of Barney’s singular vision clearly wasn’t to all tastes, given the number of empty seats at the end compared to a packed-out start. Those who made it all the way through witnessed something rare and special indeed. An adaptation of Norman Mailer’s brazenly indulgent 1983 epic of secretions, excretions, sex and re-birth Ancient Evenings, transformed by Barney into an operatically-scaled ode to maximalism and Mailer himself, the film tested one’s patience for image-driven storytelling as much as it did one’s gag-reflex, given the extraordinary levels of human waste on display.

Following Mailer’s text – or at least drawing from its imagery – more faithfully than expected, it finally proved a masterclass in adapting the seemingly unfilmable, fusing the scope and swagger of its source material to a meta, contemporary framing device; all filtered through a singular artistic vision, unique not just to a week’s festival viewing, but to cinema itself. 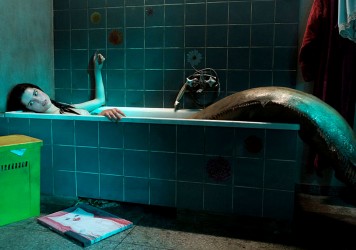