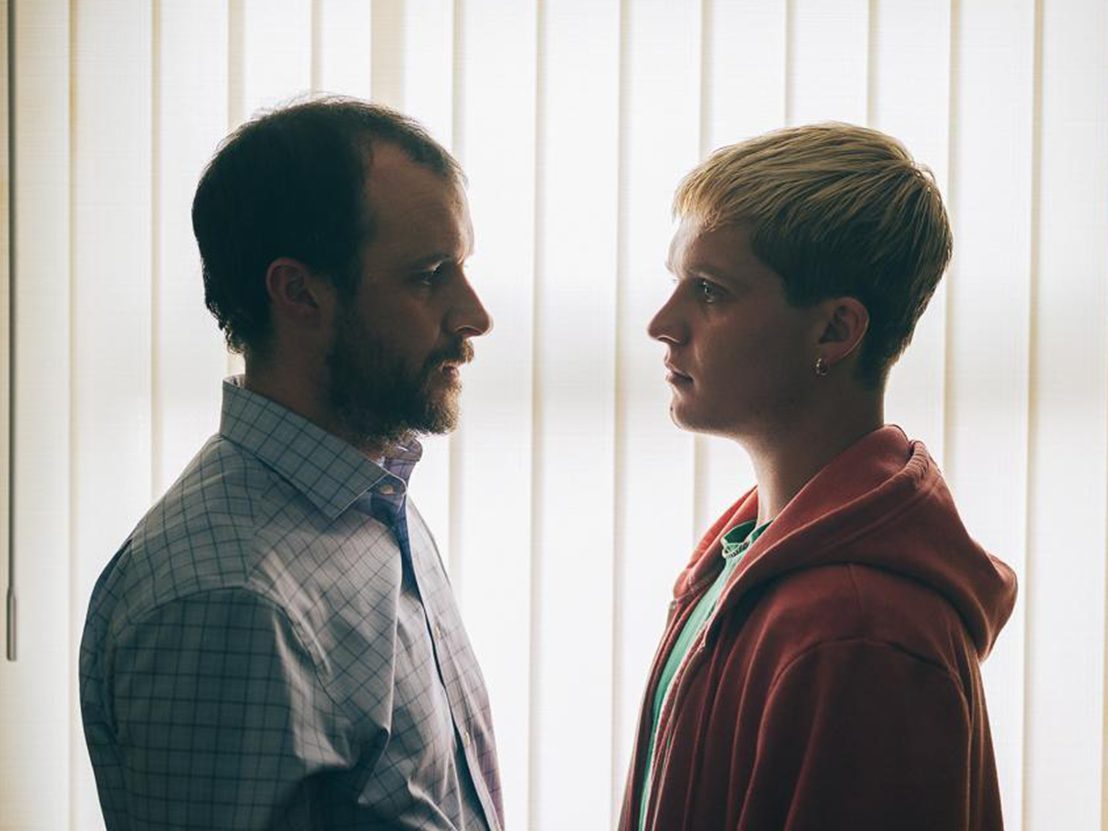 When you’ve lived your whole life being told it’s wrong to feel a certain way, to love a certain type of person, how can you stop those feelings from destroying you? In Pete Mackie Burns’ Rialto, Tom Vaughan-Lawlor (yes, the one who voiced Ebony Maw in Avengers: Endgame) returns to his theatrical roots in Mark O’Halloran’s adaptation of Trade, his own play about repressed homosexuality.

From his first unsettling encounter with a male sex worker it’s clear that Colm (Vaughan-Lawlor) is unfamiliar with cruising and is in way over his head. He never discusses the root of his desire or the fact that he’s gay to anyone. Instead his lust is something he just needs to satisfy, no matter what effect it might have on his family.

Traditional masculine stereotypes also play a big role in Colm’s troubled identity. He’s a beta male trapped between a recently deceased violent, alpha male father and his own laddy son, a grunting teenager obsessed with rugby. It’s no wonder pursuing his gay impulses is so taboo for Colm.

Vaughan-Lawlor is tremendous as a man shredded by his own anxieties and bullied into silence by the weight of years of homosexual prejudice within his community. His relationship with wife Claire (an excellent Monica Dolan) is strained to breaking point all because he can’t bring himself to explain his feelings.

Society’s gender roles grind him down in countless other ways too. He’s unequipped for the emotional labour his widowed mother truly needs, and instead snipes at his sister for not helping with the physical toil he sees as more important. At work, at the docks, he’s also a victim of globalisation and mechanisation, facing redundancy at the hands of two female bosses.

All of this threatens to make Colm a toxic figure, but Vaughan-Lawlor’s performance is so tender and helpless you can’t help but hope he finds a way out of this emotional mess. Possible salvation lies at the hands of Jay (Tom Glynn-Carney) the sex worker who initially threatens then extorts money from Colm.

Despite his fear of further violence, Colm so desperately needs to pursue his feelings that he strikes up a sexual relationship and a tentative friendship with Jay, which brings out interesting points on the visibility of queer culture. Jay occasionally does gay sex work to provide for his newborn daughter, but for him, it really does seem to be just business.

His no-nonsense attitude helps bring Colm out of his shell and, reassuringly, O’Halloran’s script never gets so sentimental as to suggest the pair have fallen in love. They have a growing fondness for each other, but their relationship remains purely transactional. If anything their interactions lack warmth, particularly in a crucial sex scene which offers a very painful and unflattering depiction of gay sex – hardly a moment that would convince Colm he’s made the right call.

Director Peter Mackie Burns may have slipped up on this point, but he excels elsewhere creating a loving but suffocating family dynamic for Colm to survive. Vaughan-Lawlor is the real star, with his sweet, sympathetic and loving performance the heart of the film. 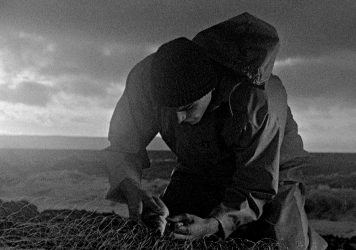 This year’s EIFF showcased a diverse crop of homegrown films, from a monochrome Cornish curio to a love letter to Dundee.