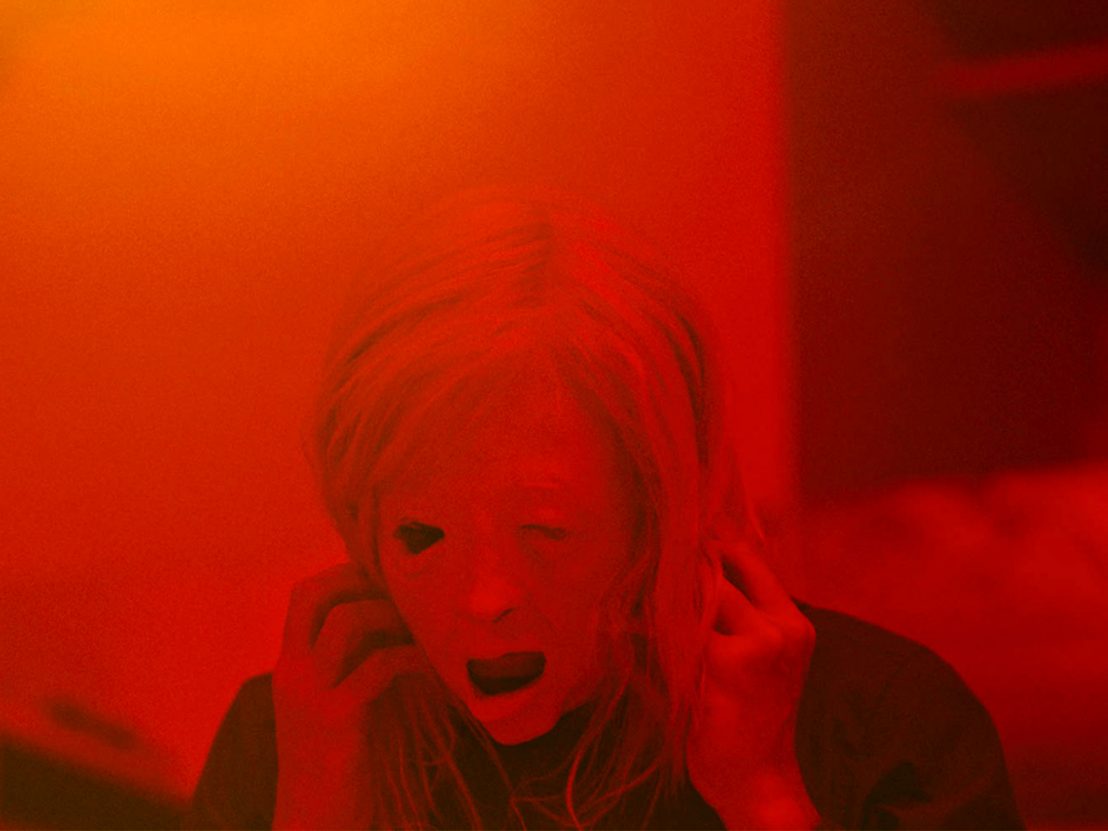 Brandon Cronenberg sets late-capitalism in his crosshairs in this effective – and very gory – social horror.

Brandon Cronenberg’s 2012 debut, Antiviral, was a stylish body horror about America’s obsession with celebrity. Now he’s flexing his filmmaking muscles again with a cautionary tale about where the ills of capitalism might lead us. There’s always a strong impulse among critics to compare Cronenberg Jr to his father, but Possessor proves that Brandon is more than capable of standing on his own two feet as an artist.

Andrea Riseborough stars as Tasya Vos, an agent for a company that specialises in carrying out assassinations by inserting the consciousness of their agents into unwitting perpetrators. After receiving a new contract from her boss Girder (Jennifer Jason Leigh), she enters the body of Colin (Christopher Abbott) with instructions to kill his fiancé and would-be father-in-law so that a third party can collect a sizeable payday. Tasya doesn’t ask too many questions; she’s exceptionally good at her job, and indeed seems more interested in her unusual occupation that her estranged husband or young son.

Naturally, inhabiting another’s body comes with complications, and the line between Tasya and Colin becomes increasingly blurred as their separate consciousnesses fight for control over one vessel. Images of visceral and bloody horror are sparing but incredibly effective, while Riseborough and Abbott both give engrossing performances. There’s a glibness to the script which underlines Cronenberg’s point – increasingly it feels as though we’re moving toward a society where everything has a price, even another person’s autonomy.

Although it could stand to shave a few minutes off its runtime, Possessor benefits from a fascinating premise and exceptional cast. Exploring themes of identity, morality and gendered acts of violence, the film lingers in the mind long after the closing credits, the gore impossible to shake once it’s in your head.