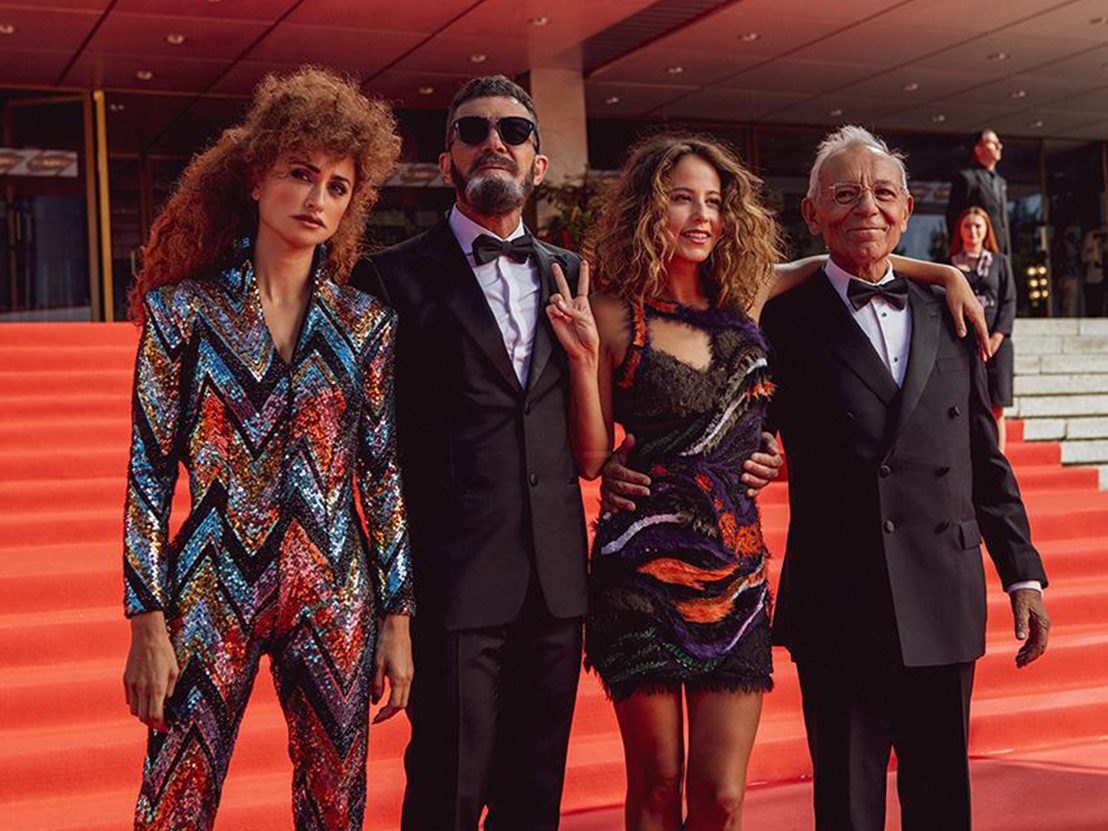 She stars as temperamental arthouse film director Lola Cuevas who has money thrown at her by an ageing pharmaceutical CEO looking to enhance his reputation. He secures the rights to the apocryphal Nobel Prize-winning novel ‘Rivalry’ and offers her a blank check to adapt it and produce the great piece of art that will become his legacy.

There’s an early suggestion that this is going to be a fairly standard tale of the violent clash between the worlds of art and commerce, as the ultra-demanding and idiosyncratic Lola appears as the antithesis of the strict, formalised, risk-averse scions of business. And yet, as promised, she is given total freedom, and the film is instead a document of her creative process and the way she embraces the multi-sensory challenges of making a movie.

It is, however, largely a film about acting, as the focus rests mainly on how Lola wrangles her two lead performers into shape. There’s Antonio Banderas’ charismatic big money movie star Félix Rivero, and Oscar Martínez intellectual old guard method actor, Iván Torres. The film mercilessly pokes fun at the pomposity and idiocy of the acting profession, but at the same time is earnest in its presentation of the magic that goes into making a great performance. Banderas’ performance as a semi-lousy actor is a remarkable feat of ego-splicing and duel-personality plate-spinning, and he proves that you really have to be a very good actor to be this mildly bad.

Meanwhile, Lola uses wildly experimental techniques to break down her stars and immerse them in their characters. One sequence sees the bickering pair rehearsing while sat underneath a suspended five tonne rock as a way to enhance the tension, and another has them practicing kisses on a young female co-star (the CEO’s daughter, of course) with the sloppy smooching sounds channeled directly into headphones by hundreds of intrusively placed microphones.

The film is, in many ways, a satirical sketch comedy, but one which works like gangbusters due to the commitment of the actors and the fact that it never fully strays into the realms of the absurd. Many of the big laughs derive not from the situation, but by the pernickety interactions between the cast who offer a masterclass in comic timing and acerbic repartee. Every line delivery is immaculate, and Cruz in particular, with her ginger frizzy locks, proves that she is a comic behemoth who has too long been laid dormant.

When the film finally shifts away from cruelly dissecting the techniques of creating art, it becomes a little less interesting, and the final act is more conventionally plot-driven than the scenes that precede it. Yet even though the film is packed with belly laughs, it is never spiteful or denigratory, and always appears thankful for the fact that pampered artists can produce miracles if they’re given the time and resources to do so.