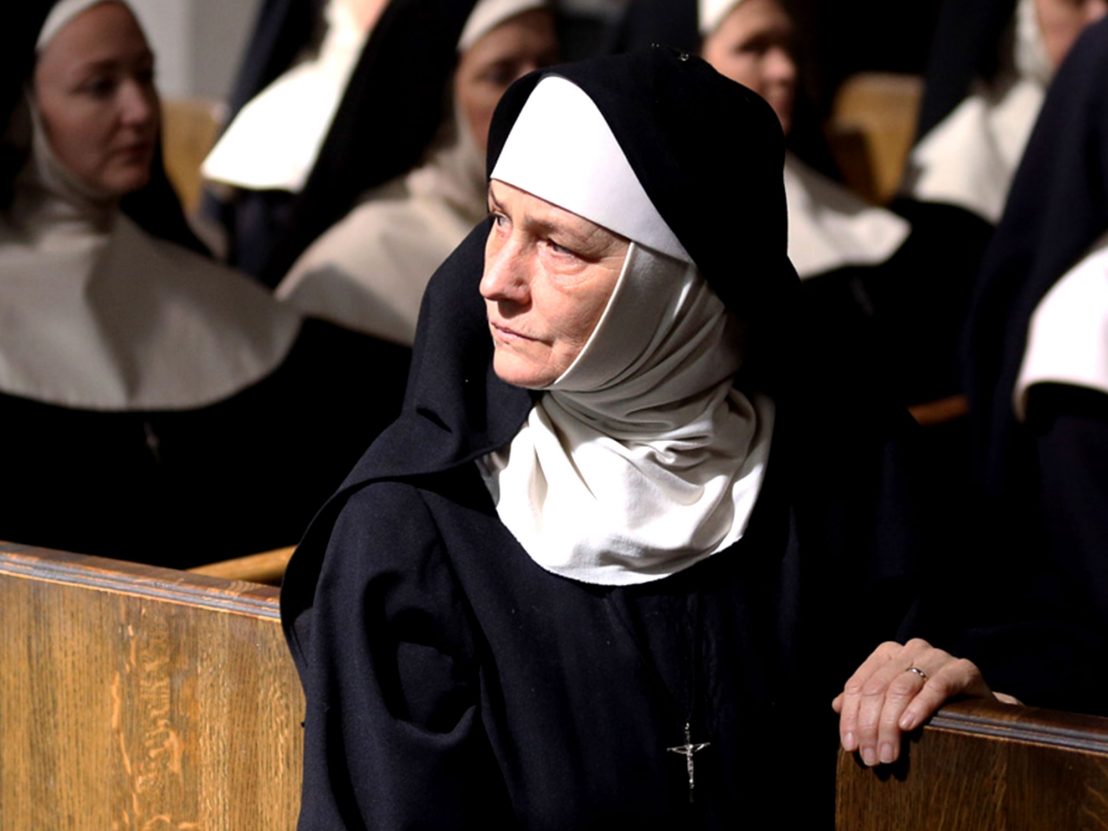 “I want an ideal love that I can give everything to.” So speaks luminously beautiful teen postulant, Cathleen (Margaret Qualley, Andie MacDowall’s daughter). It’s the 1960s and, after an education at Catholic School, she has decided to step up her commitment to God by entering a convent. Her mother, who only sent her to Catholic school because it was free, is openly distressed (“What did I do wrong?!”).

Although Novitiate fits the bill of a religious drama, it’s also framed as a romance in which the beloved is God. He is hard work. He won’t give a single sign that feelings are reciprocated. Truly, the almighty is the most punishing of love interests. The film is at its most slyly entertaining when Cathleen, and her class of nubile wannabe nuns, discuss faith in the breathy whispers of the enamoured.

This delivery gives a sliver of intrigue to the tempo, which is otherwise elegantly formal. Mirroring the life that Cathleen desires, the film unfolds quietly and with order. Betts builds a thorough picture, event by event, exchange by exchange. Narratively speaking, there are no climaxes, no anti-climaxes, just a methodical commitment to establishing the context of one big question: can a woman live without physical love?

Sexual urges come intruding, like they do; fed organically into the rhythm of a life defined by prayer, training, being mortified by the Reverend Mother (Melissa Leo) and bonding between the postulants. Betts drums up a fragile camaraderie between her cast of preposterously attractive young sisters. Snippets of life stories are exchanged. An alternative reference point for for love is born. It may not be as pure, but its meatiness carries weight in a setting built upon invisible wrestling of the spirit. Betts delivers not one but two extended masturbation sequences, keeping the camera on dewy young faces in a state of natural abandonment. ‘How is this wrong?’ is the implied subtext.

Subversions are intertwined around a plotline which gives vulnerability to the Reverend Mother, a fearsome disciplinarian. Everything she holds dear is threatened by the soon-to-be-implemented Vatican II. Having built her convictions upon tradition, she has no capacity to understand progress. She acts as an archetypal force for religious perfectionism. As a Bride of Christ, the implementation of her standards is worth inflicting distress on her weeping underlings.

Qualley is a poised presence, drinking in the world and reflecting through voiceover. What eventually causes her calm to crumble is a desperate desire for the comforts of the flesh. By presenting sex as a source of humanity, Betts locates mercy as something that takes place on the ground, in the corrupted world, way beneath God. 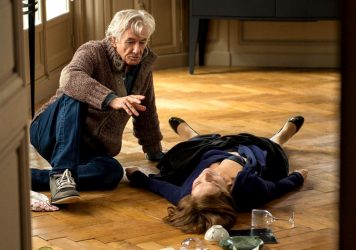 Paul Verhoeven is making a film about a lesbian nun