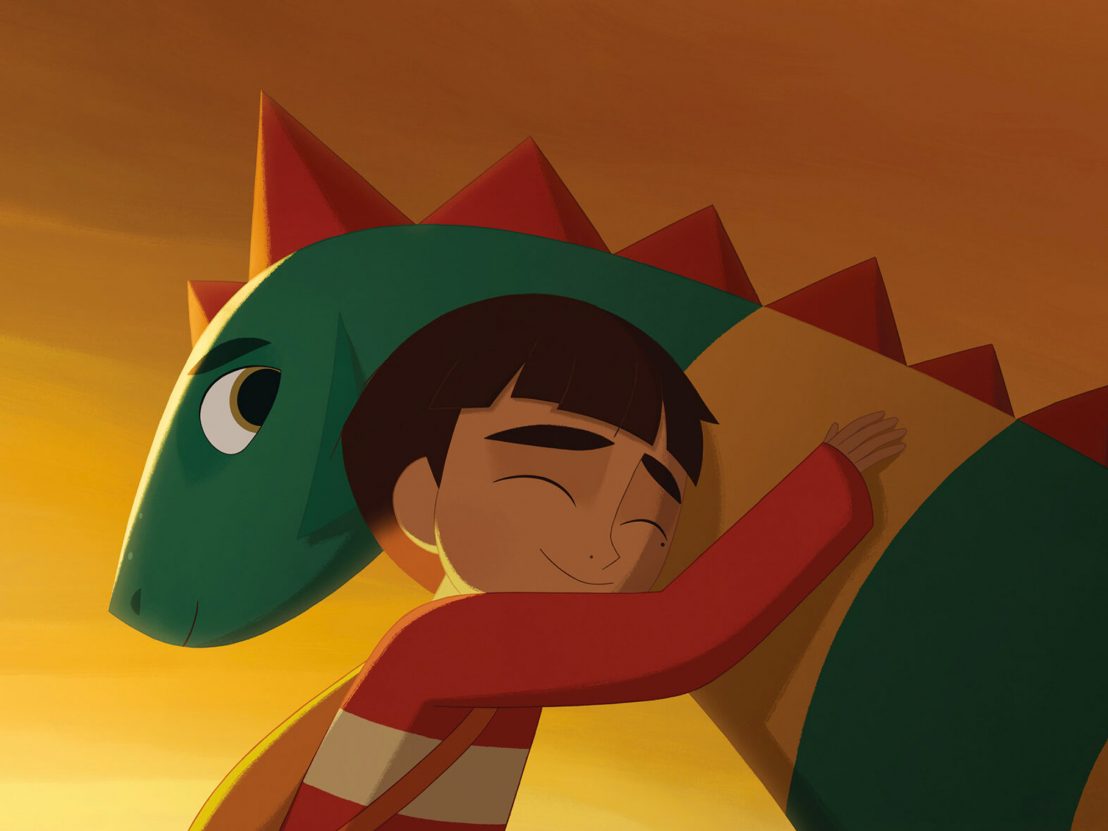 Cartoon Saloon return with a poignant tale of a boy who sets out on a quest to find a dragon in peril.

When people talk about Irish animation studio Cartoon Saloon’s traditionalism, they’re not just talking about the exquisite 2D animation which has become their hallmark. Across their acclaimed decade-long filmography, the Kilkenny house has demonstrated a refreshing commitment to traditional storytelling as well. Fables and folk tales are delivered with sincerity and delicacy, as well as a refusal to talk down to the younger end of their audience, free of the noise and clutter and attitude of other Western animated films, carefully paced yet full of youthful wonder even when the subject matter (as with their outstanding adaptation of The Breadwinner) veers heavy.

In retrospect, it was only a matter of time before they would adapt a classic piece of children’s literature. For My Father’s Dragon (based upon the 1948 book by Ruth Stiles Gannett) we’re in the territory of a fantasy adventure as metaphor for that moment as a child where you have to come to terms with the fact that your parents don’t always have all the answers when things look bleak. Elmer (Jacob Tremblay) and his mother have been forced to move to Nevergreen City after the shop they ran saw its business dry up, which has put a strain on their relationship. When directed by a talking cat to rescue a dragon called Boris (Gaten Matarazzo) on a remote island which is sinking into sea, Elmer sets off in hopes that doing so can provide the answer to his family’s troubles.

It’s a journey made out of fear, though it will take Elmer some time to admit that he is truly scared about his wider situation. Much like his mother, Elmer has to put on a brave face for Boris – a clumsy, sometimes absent-minded, self-conscious dragon scared about not living up to what everybody expects of him – telling ‘good’ lies in an effort to keep his charge’s spirits up whilst he tries to figure out the solution. 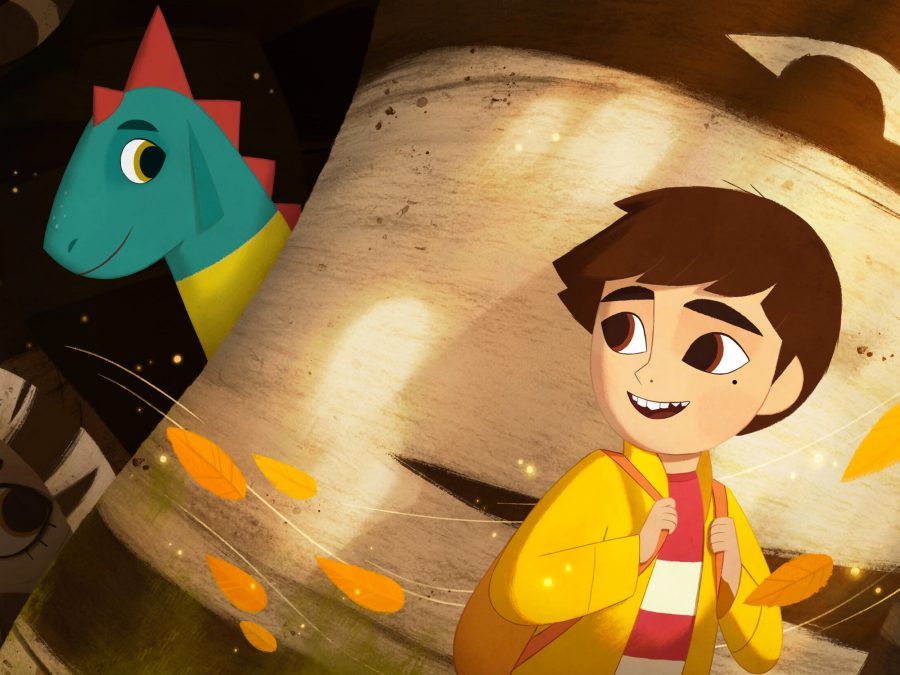 In a similar situation is the leader of the island, a gorilla (Ian McShane) who trapped the dragon in the first place, saddled with the responsibility of keeping his denizens’ spirits alive in the face of a catastrophic collapse he lacks the power to stop. Even though he’s the antagonist of our tale, chasing down Elmer and Boris to recapture the dragon, he’s not a bad guy, although his (and Elmer’s) continuing dishonesty about how dire things may be are making things worse.

In this respect, and in the more whimsical tone overall to the picture (there are even a pair of honest to God fart jokes), this is the most explicitly child-aimed Cartoon Saloon film yet. The all-star celebrity voice cast and screenplay by Pixar veteran Meg LeFauve, mean it’s tempting to wonder whether the tendrils of their new Netflix distributor have taken hold of such a singular studio. Such fears are misplaced. Director Nora Twomey still displays a strong grasp of restraint in the setpieces, and specific focus on character work above all else that other creators in this field could do with being reminded of.

The cast are (literally) colourful, drawn in easy-to-understand archetype but each bringing different energies that are never overexposed in comparison to the central relationship between Elmer and Boris. Each have lovely and striking storybook designs that are ever so pleasing to look at: thin, angular alligators with perfect-circle eyes which sit on top of their extended mouths; adorable rhinos with soft colour palettes; Boris himself being bulbous and stripy with tiny wings, his plus-sized body shape never played for a cheap joke or presented as something which will be eventually overcome.

There may not be as much to chew on here as with Wolfwalkers, at least on first watch, but that doesn’t mean My Father’s Dragon lacks moments of transcendence. Few other animation collectives working today are this good at executing the traditional fundamentals of storytelling like Cartoon Saloon can, utilising layout and boarding in such a way that being pulled into their worlds is such an irresistible prospect.

And yes, My Father’s Dragon builds up to a cathartic climax that wrests fully earned tears of joy. Cartoon Saloon are now 5 for 5, arguably the best feature animation studio in the world today, and still resolutely old-fashioned in a field of their own. Long may they continue to reign.