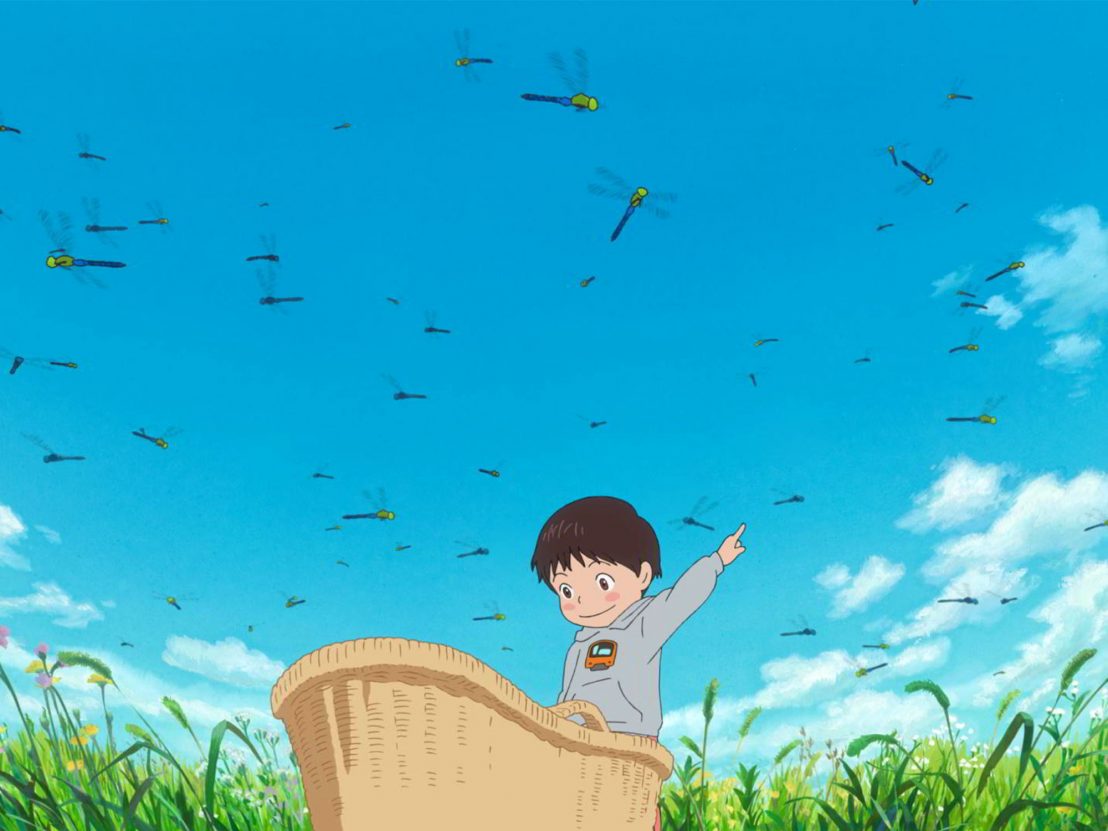 This delightful Japanese anime is one of the highlights of this year’s Directors’ Fortnight programme.

The first animated Japanese feature to receive its world premiere in Cannes, Mamoru Hosoda’s Mirai (aka Mirai of the Future, or Mirai: My Little Sister) is a delicate yet resonant highlight of the 50th Directors’ Fortnight. In a similar vein to the director’s earlier anime gems (The Boy and the Beast, Wolf Children, Summer Wars), Mirai explores emotional truths via the heightened storytelling trickery of fantasy and sci-fi. Here he returns to the time-bending business that marked his 2006 breakthrough The Girl Who Leapt Through Time, but with a new familial focus.

As the film opens, our title character has just been born, and her four-year-old brother Kun is about to have his world changed forever. Previously the baby of the household, he is now shunted along the production line of life, as his parents turn their attentions to the new arrival. He’s initially intrigued by his sister, considering her a welcome addition to the household that serves as playpal, plaything and, in a very tactile, inquisitive moment, Play-Doh, but Kun soon becomes inconsolably frustrated with his parents’ split priorities.

Viewed from above, Kun’s home is a narrow, distinctive building, designed by his architect father, hemmed in by larger, more traditional houses. Hosoda’s implication is clear: this is a modern family, with modern concerns. This is none more evident than when Kun’s mother has to cut her maternity leave short, leaving her hapless partner to pick up the slack. Help, however, soon arrives in the form of family members past, present and future, who call in for a series of magical, educational encounters. Chief among these is Mirai herself, who appears as a teenager and nudges Kun along in his development through childhood.

Hosoda and his team fill Mirai with detailed, realistic locations and character designs for the adults, but let loose with the children, specifically Kun, whose expressive tooth-filled mouth splits into huge grins or grimaces whether happy or mid-tantrum. His snotty, screaming meltdowns should grant Mirai a very different sort of parental advisory sticker. (Take that, Tully.)

Once Hosoda’s fantastical premise kicks in, Mirai unfolds into an episodic, almost plotless story of a child finding their place in the world, and discovering the responsibilities and relationships that help make up their developing identity. At the heart of that is family, a series of emotional connections that Hosoda posits, and depicts, as something of a science fiction concept: a nerve-centre network of experience that transcends time to bind together members across generations, carrying wisdom and providing structure and support.

Taken case-by-case, the film’s 98-minute runtime threatens to drag, especially as some life lessons take a more didactic turn – but viewed as a complete vision, it’s a remarkable blend of the ingenious and the heartfelt.