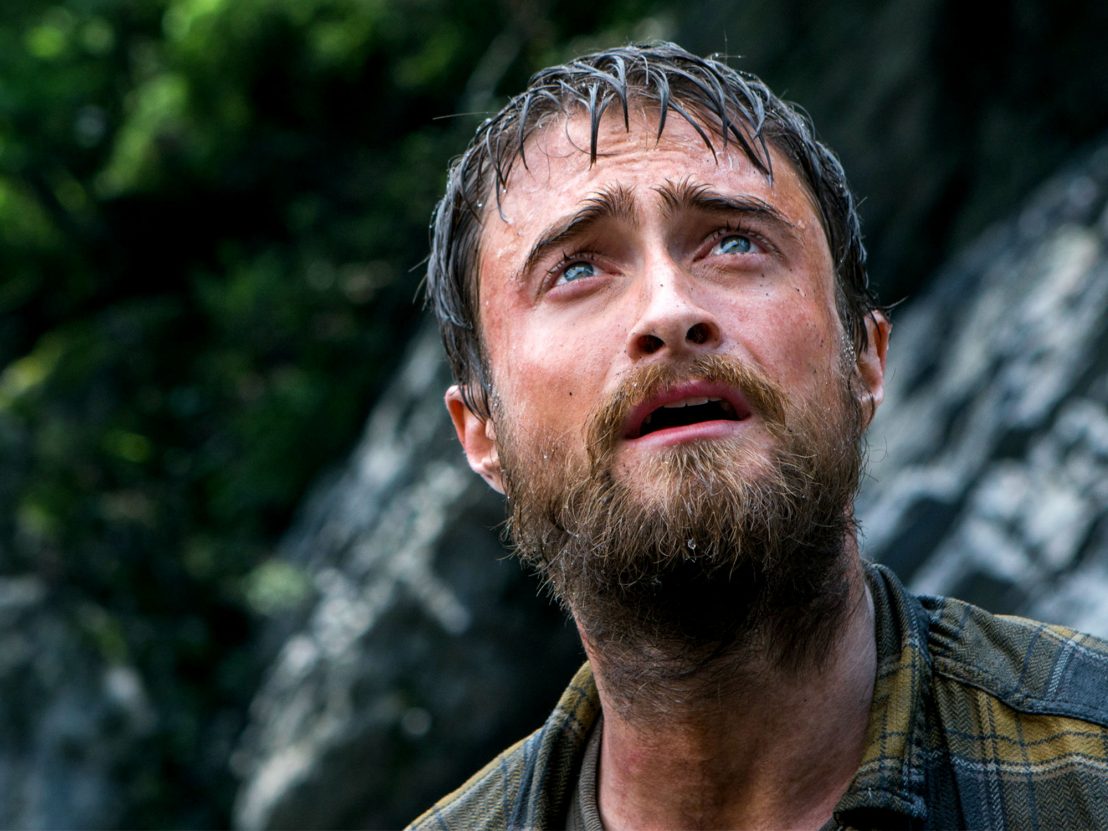 Daniel Radcliffe goes off-grid and gets more than he bargained for in this muddled Amazonian adventure.

Here’s one definition of a gap-year from hell: ending up lost and alone in the Amazon, facing down panthers, snakes, quicksand, and starvation.

Premiering at the Melbourne International Film Festival, Jungle tells the true story of Israeli Yossi Ghinsberg (Daniel Radcliffe), who follows his ambition to “escape the well-worn paths” by journeying to Bolivia. There, he and fellow travellers Marcus (Joel Jackson), a Swiss schoolteacher, and Kevin (Alex Russell), an American photographer, are lured into an off-map trek by mysterious Austrian Karl (Thomas Kretschmann), who tempts the trio with promises of a “hidden world” of lost tribes, rivers of gold, and National Geographic-worthy photo ops.

Once in the jungle, tempers fray as Marcus’ injured feet slows down the hike and Kevin begins to doubt Karl’s ability. So they split up, with Yossi and Kevin heading for the town of Rurrenabaque by raft, where they are thrown-off and separated by rapids.

In real life, Ghinsberg survived three weeks wandering along the Tuichi River before an expedition mounted by Kevin reached him. He now lives partly in New South Wales, which would explains the project’s Antipodean origins: the film is directed by Wolf Creek’s Greg McLean, and apart from Radcliffe and Kretschmann, the core cast is rounded out by Australians.

And, barring some time in Colombia and Bolivia, most of the film was shot in southeast Queensland, which proves a bland substitute for the actual Amazon basin. It doesn’t help that cinematographer Stefan Duscio shoots in flat, bright, TV-ready compositions that leech the landscape of power. Werner Herzog’s Aguirre, the Wrath of God and Fitzcarraldo spoiled the pot for any future foreign-adventurer-in-the-Amazon films, especially regarding on-location veracity.

Justin Monjo’s script, adapted from Ghinsberg’s published account of his experience, is well ordered but workmanlike. A thornier film might have dug a little deeper into the fair-weather friendship of the four hikers. Yossi and Kevin’s abandonment of Marcus to the care of the shady Karl seems unscrupulous, especially when we learn that not only was the Austrian a wanted criminal, but that he and Marcus never made it out of the jungle alive.

Radcliffe, wielding a sufficiently un-distracting attempt at an Israeli accent, continues to be a spirited and capable team player, throwing his wiry frame into the physical demands of the material with good spirit. But his Yossi is missing a few dramatic shadings, something to bring out the blinkeredness that leads people so deep into the wild.

In fact, like the actual Into the Wild, Jungle is rather more focused on sanctifying the trials of its itinerant hero than throwing them into perspective: by the end of the film, Ghinsberg’s suffering comes to assume a quasi-religious dimension. A final title card that describes him as a “passionate traveller still in transit on planet Earth” (he’s now a motivational speaker) caps off the film’s TED Talks-friendly vision of the risks of wanderlust. Unlike its lead, Jungle refuses to stray from the beaten track.