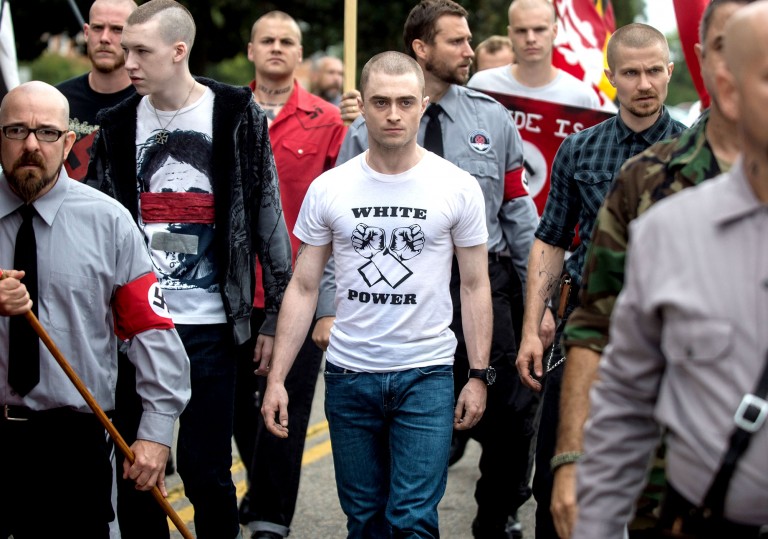 Hitler’s ghost! Give that man an Oscar.

A solid police procedural and nothing more than that.

There’s an old internet adage known as ‘Godwin’s Law’ which posits that the longer an online debate goes on, the greater the probability a comparison with Hitler and/or Nazism becomes. It’s what’s more commonly known, at least in offline parlance, as a conversation killer. It doesn’t bode well for writer/director Daniel Ragussis, therefore, that his debut feature opens with an extract from ‘Mein Kampf’; even less so that the full citation is agonisingly teased out for maximum shock value.

Indeed, “words build bridges into unexplored regions” is the sort of quote you might expect to find in a clickbait listicle entitled ‘20 Surprisingly Inspirational Quotes from History’s Greatest Shitbags’, although the manner in which it is deployed here somehow feels even more cynical and glib than that. But then Imperium, it turns out, was co-written by a bloke called Michael German. Make of that what you will.

That eyebrow-curling opener aside, the film sets out its stall as a serious, sensitive look at the uglier side of American nationalism. Bookish FBI agent Nate Foster (Radcliffe) is sent in to infiltrate a radical terrorist group who may or may not be plotting a major attack in DC. A truckload of caesium (bad stuff) has gone AWOL and Foster’s superior, Angela Zamparo (Toni Collette), has a hunch that some local skinheads might be involved. As with most undercover cop movies, everything goes according to plan until it doesn’t, which makes for suspenseful viewing.

Yet while Imperium works as a taut character-driven thriller, it is less successful as a State of the Union address on the issue of homegrown extremism (its most compelling, albeit seemingly inadvertent, statement is that domestic intelligence is less a game of cat and mouse than pin the tail on the terrorist). A film starring Daniel Radcliffe as a rookie fed deep undercover in a white supremacist cell was always likely to stray towards superficial provocation. But here’s the real bombshell: he’s astonishingly good.

Hitler’s ghost! Give that man an Oscar.

A solid police procedural and nothing more than that.