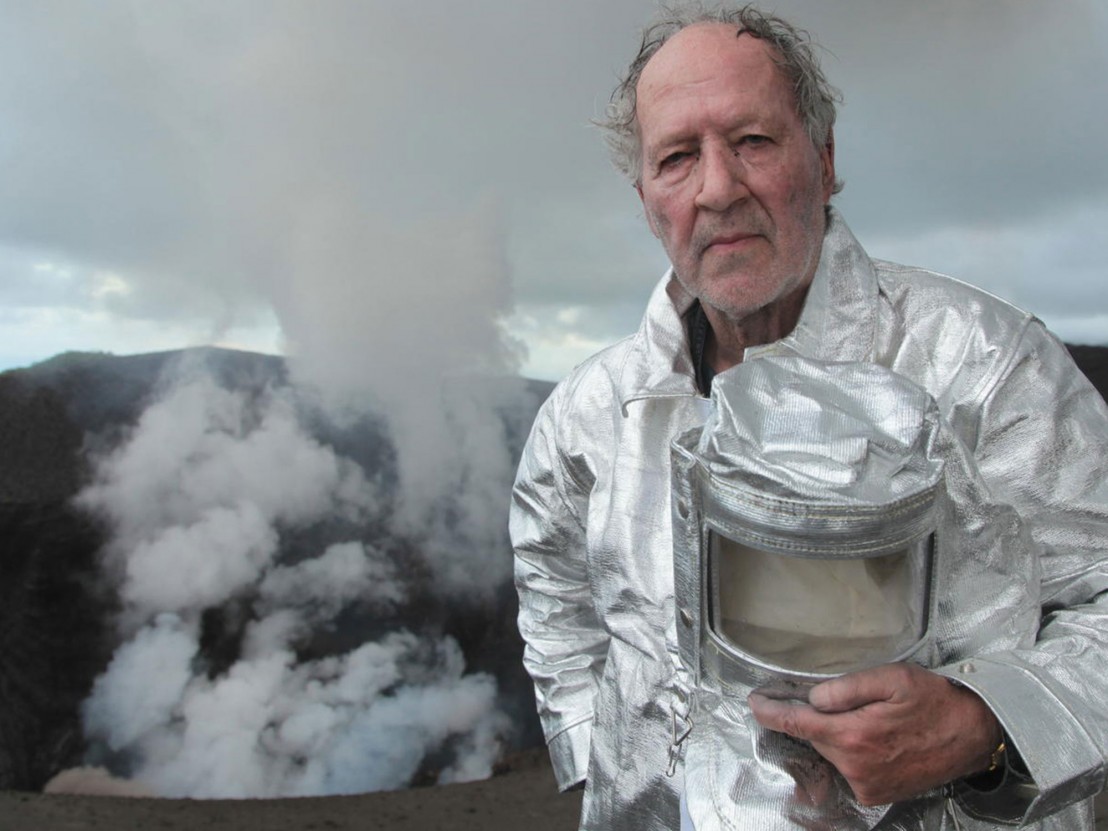 Throughout the years, Werner Herzog has developed both a trademark approach to documentary filmmaking and a self-aware persona beloved by critics and the internet. This volcano movie finds him once again deploying these skills with ease and efficiency, making for an entertaining, if only mildly illuminating, exploration of the significance attributed to volcanoes by various cultures.

The scientific explanation for eruptions doesn’t interest Herzog as much as the spiritual impact they have on the people living around them through the centuries. While some believe volcanoes contain the spirits of the deceased, others appropriate the phenomenon’s menacing nature for their own political purposes. To approach these cultures, Herzog chooses to stay mostly behind the camera and let someone at least as passionate about volcanoes as him do the talking.

This surrogate is Clive Oppenheimer, a volcanologist Herzog had met while making his previous film on the subject, Encounters at the End of the World. Oppenheimer brings his own knowledge to the table, but also functions as a complicit stooge to the German director. Referring extensively to Herzog’s filmography and indulging in his myth-making, Oppenheimer doesn’t hesitate to tackle the question always raised about the director, namely that of his insanity.

In a typically goofy scene, the expert finds himself standing on the brink of a fuming volcano and talking to Werner, but remains nonplussed by both his dangerous surroundings and the absurd question, replying that if Werner were crazy, he probably would have drowned in the Amazon or been eaten by a grizzly bear years ago.

As funny as Herzog’s passionate vision may be, the startling poetry he recognises in such moments is undeniable. The meeting of nature’s overwhelming force and the vulnerability of humans can either be strangely scary and amusing or, as in this scene, purely sublime and daunting. The director delves into the abstract beauty of eruptions and spiritual beliefs at strategic moments, making his film flow at an enthralling pace.

Mesmerising shots of magma or sequences showing ceremonies for the spirits of volcanoes are joyfully juxtaposed with some more ridiculous aspects of the scientific or spiritual fascinations that odd characters have for this phenomenon. In a lucky twist of fate, one such strange findings is a church, built for a volcano spirit, that has the shape of a chicken. This anomaly – that only Herzog could have found and decided to keep in his film – is evidently hilarious in itself, but even more so when considering the importance of chickens in his filmography.

Together with these fascinating and amusing observations, Herzog and Oppenheimer don’t shy away from the political. In fact, they seem to seek it out for shock value, but their discoveries in North Korea remain undeniably sobering. Just as his visual jokes tend to be at once simple and effective, Herzog’s alarming political commentary is honest and, in fact, reminds of the truly distressing facts at the origin of the toned-down stereotype of the communist state, as it has recently spread in documentaries and in pop culture.

It is with this realistic yet pessimistic tone that Herzog ends his entertaining, fairly instructive and well-rounded film. As expected, and for the great pleasure of all his fans (and for spectators discovering his work!), the director comments in voiceover on the utter disregard that volcanoes have for the human race. Herzog, however, sure hasn’t stopped caring for them.