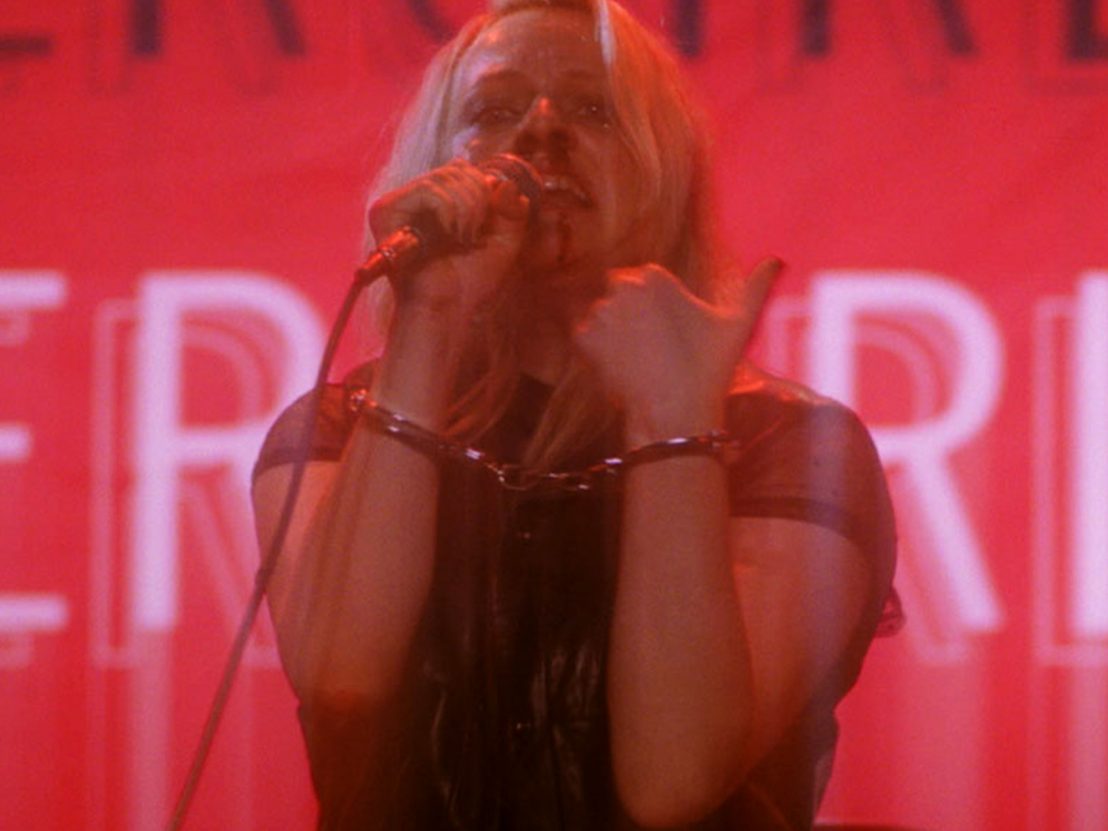 Between A Star is Born, Vox Lux and Teen Spirit, female musicians have been a recurring theme at this year’s Toronto Film Festival. Alex Ross Perry’s contribution sees Elisabeth Moss take centre stage as talented but destructive punk rock star Becky Something. With an eclectic cast including Agyness Deyn, Dan Stevens, Cara Delevingne and Eric Stoltz, Her Smell is an energetic take on stardom, sisterhood and self-discovery. But more than any of that, it’s a chance for Moss to deftly turn her hand to a new acting challenge.

As the lead singer of riot grrrl band Something She, Becky is unreliable, uncooperative, and often unsympathetic. Having successfully alienated her husband Danny (Stevens) and young daughter, her reckless nature undermines her talent and sees her at odds with her bandmates Marielle and Ali (Deyn and Gayle Rankin) while her manager Howard (Stoltz) quietly despairs. With a tour cancelled and new album not forthcoming, Becky spends more time drinking and fighting than performing and writing, and over the course of five acts, we’re there to witness her seeming quest for self-annihilation.

Pink neon lights and the sight of streaked mascara and freshly spilled blood contribute to the film’s scuzzy charm, capturing the chaotic world which Becky inhabits, but the film lives and dies on the powerhouse performance that Moss delivers. Flitting between irrational anger and self-inflicted loneliness, she brings something to Something, a million miles away from her well-known performances in Mad Men and The Handmaid’s Tale.

Wide-eyed with a dangerous grin, we’re introduced to Becky as a glitter-covered whirlwind, Moss bouncing off her co-stars like a pinball as the camera follows her every move. Similarly impressive are the performance scenes – Keegan DiWitt’s original score is catchy enough to stand alone from the film, but Moss’ covers of The Only Ones’ ‘Another Girl, Another Planet’ and ‘Heaven’ by Bryan Adams demonstrate that as well as being a talented actor, she’s a brilliant singer too.

Although it could probably stand to lose 15 minutes from its runtime (some of the vignettes lose their momentum as they meander on) this is a soulful portrait of a talented but troubled artist, not to mention an exploration of female friendships within an industry still dominated by powerful men.