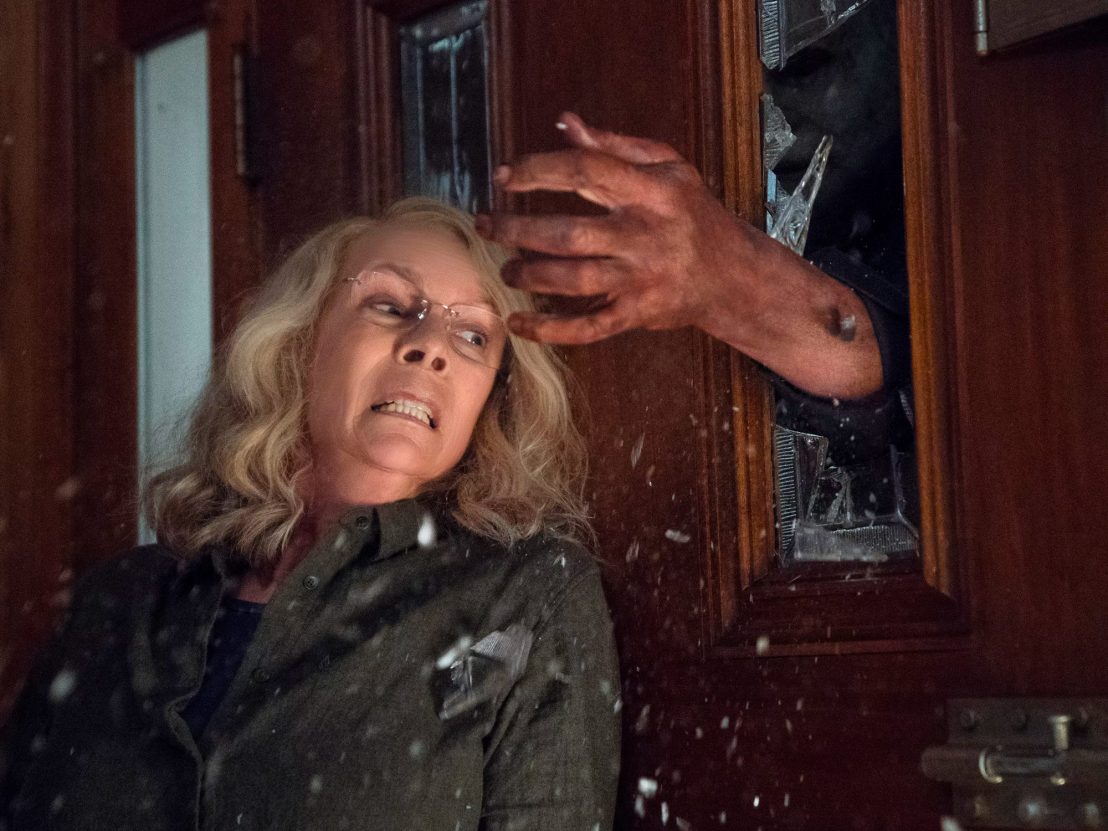 Forty years since Laurie Strode met Michael Myers for the first time, the Halloween franchise has returned to its roots, retconning four decades and nine sequels/reboots to make way for The Big One. With John Carpenter’s blessing, David Gordon Green and Danny McBride wrote the script (with Green also on directing duties) for a straight sequel to Carpenter’s original 1978 slasher, which introduced a generation to knife-wielding weirdos in rubber masks.

With Jamie Lee Curtis reprising her iconic role and the weight of expectations from horror fans riding on the latest visit to Haddonfield, Illinois, the pressure has undoubtedly been on Green, McBride and producer Jason Blum to create a worthy addition to the Halloween canon. Lucky for everyone, then, that this instalment is an absolute blast.

Having spent her entire adult life preparing for the inevitable return of Michael Myers, Laurie is now one hell of a woman. She lives on an isolated estate with souped-up security features and spends her days sharpening her marksmanship, while her semi-estranged daughter Karen (a fabulous Judy Greer) attempts to get over the trauma of being raised by a woman fuelled by rage by raising her own daughter Allyson (Andi Matichek) very differently. Meanwhile, the bogeyman is found residing in an asylum again, where he’s visited by a couple of reporters curious to gain insight into the events of Halloween night 1978.

It’s only a matter of time before Myers breaks free and returns to Haddonfield, where Laurie is ready and waiting. In returning to a tried-and-tested formula, Green and McBride pay service to the series’ loyal fans – there are some extremely fun nods to both the original film and its bevy of sequels – but isn’t afraid to challenge horror convention by bringing a lot of humour to the script. It means that this version of Halloween feels fresh while still complementing Carpenter’s film.

Curtis is a triumph as a battle-hardened, world-weary version of Laurie. It’s satisfying to see her go toe-to-toe with her old adversary, but just as fun watching the tense exchanges between her and Judy Greer. The two make a perfect mother-daughter act, while Matichek holds her own as the third generation of Strode women. Given that women traditionally get short shrift in horror films, it’s a treat to see a film with three compelling female performances, and indeed a world in which women repeatedly prove themselves more capable and fearless than the men around them.

In the age of the jump scare, Halloween takes a different approach, paying homage to the slashers of yore with impressively gory practical effects and white-knuckle fight scenes which – when combined with the wit of the script – makes for a wild ride. Most of all, it feels like Halloween has been made by a group of people who truly understand and respect the source material. It’s got a whole lot of heart, and gets to the reality of what makes a good horror movie: a solid battle between the forces of good and evil. Watch it on a big screen with a packed audience – not because it’s too scary to watch alone, but for the thrilling shared experience.