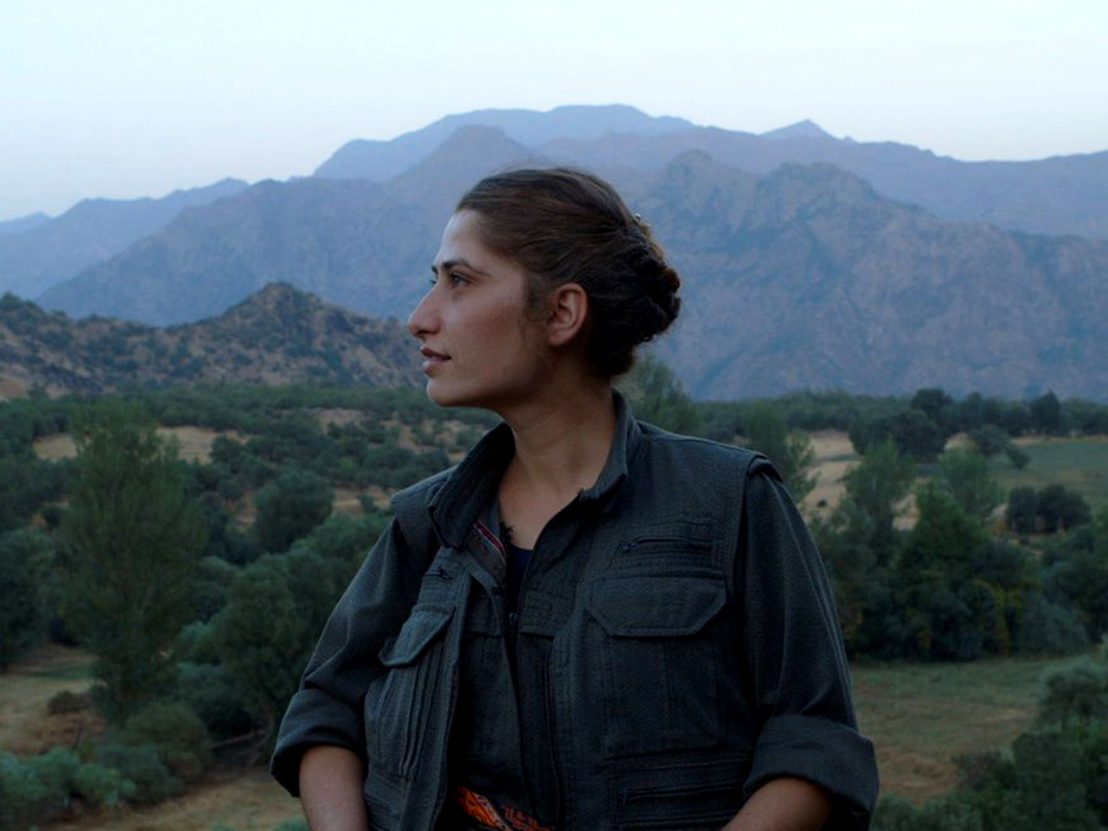 The morass of conflicting interests and forces embroiled in the current wars in the Middle East is hideously complicated, and studying up on the situation may seem a daunting task to any Western outsider. Many opt to engage with the situation simply by sharing articles they probably didn’t read whenever an especially horrendous event occurs or an organisation comes up with a savvy social media campaign. Many stories and groups are lost in the fray of opinions and reportage.

For instance, did you know that all-female military units are part of the war against the Islamic State? Director Zaynê Akyol’s old friend Gulîstan joined such a group: the Free Women’s Units, a military branch of the Kurdistan Workers’ Party (or PKK). In 2010, Akyol went in search of Gulîstan in Iraqi Kurdistan, failing to find her but meeting many of her comrades in arms. Initially seeking to make a documentary about Gulîstan based on her friends’ memories of her, Akyol’s project morphed to be about the women themselves.

Gulîstan, Land of Roses defies the expectations that come with documentaries about war in general and war in the Middle East specifically. There are no sequences of combat, nor glimpses of bombed-out cities or towns, nor footage of suffering refugees on the march, nor interviews recounting witnessed atrocities. This is instead an incredibly calm film, set mainly against beautiful mountain vistas. The colour palette consists of an array of greens, with grasslands contrasted with the muted shades of the women’s uniforms. Akyol watches them going through drills, maintaining their camp, or simply hanging out with the same steady eye. This isn’t war as hell; it’s the purgatorial wait before.

Over time, though, the film and its characters draw closer to the fight with Isis. Though that fight is not seen, it is eventually heard obliquely, via distant booms. As the troop of female guerrillas await the green light to enter the fray, they express their hopes, fears, and dreams to Akyol. Their mindset is dramatically removed from what Westerners – Americans in particular – think of when it comes to joining the military. They speak not of wanting revenge or out of bloodthirstiness, but their dream of a free Kurdistan. Their nationalism is aspirational instead of defensive. Gulîstan is their manifesto.

While we get to know individual women, outside of the interview segments the film is most interested in observing them as a group. The PKK is a socialist/communalist organisation, and their military training and pep talks emphasise their collective spirit. Akyol obliges, depicting the women at work as a single organism with many parts, including many figures in the frame whether they are exercising or talking. Even so, the camera catches the nuances of each woman in the whole, such as how they wash their hair or take in a speech differently. This is not the subsuming of one’s will into a mass, but a pooling of diverse wills for a greater good.

Gulîstan is a rare examples of a documentary that could technically be described as pro-war. Which is to say it is pro this war, or pro these women, who are marching with little hesitation into battle. A striking character piece and a handy primer on the philosophy of the PKK, it introduces much-needed nuance to the documentary conversation around the Middle East crisis, which is dominated by a fixation on suffering and senselessness. This is a portrait of war as a vector for possibility and change, even as it avoids any glorification of violence. That’s a tricky balance to strike, but Akyol manages it with ease.