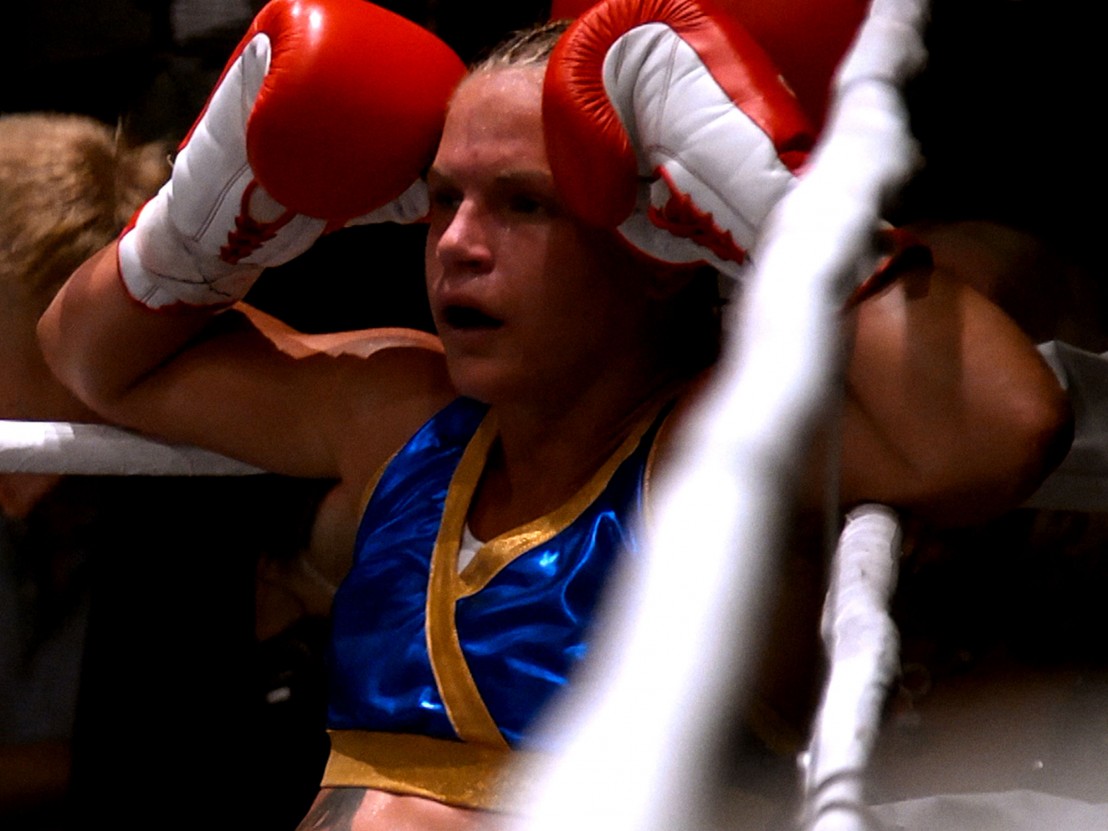 Director Susanna Edwards captures the emotional complexity of a brutal sport in this intimate portrait of ‘the female Rocky’.

Golden Girl, Susanna Edwards’ film about Sweden’s first WBC world title holder in women’s boxing, Frida Wallberg, opens with a quote from legendary boxer Rocky Graziano: “The fight for survival is the fight.” It shows us just that. Starting in 2010, not long after Wallberg won her first title, the film follows her training and working towards more fights; trying to retain her status as the world number one and keep the belt in Sweden. Not only a champion in what is still seen as a man’s world, she is also a single mother trying to provide for her young daughter. Needless to say, Wallberg is extremely tough. We see her training to the point of tears, the agony written across her face. But she refuses to give up.

Seeing such a pretty young woman sporting black eyes with pride is an incongruous image, and indeed, Wallberg initially did not want to be filmed. However after seeing Edwards’ film Sunshadow, about Spain’s most famous female matador, she finally agreed. Wallberg is a shy character, as evidenced by her awkwardness in interviews and at press conferences, but there’s something compelling about her vulnerability, her determination and her strength of body and demeanour. She describes herself at one point as “cold but with feelings,” and having taken up boxing at the tender age of 10, it’s clear that she is most at home in the ring.

The film is tense and atmospheric – we desperately want Wallberg to win and Edwards shows the fights in all their violence and glory. Slow motion shots detail the grace and beauty of what is a brutal sport. It isn’t easy watching the punishment Wallberg metes out to herself and others. There is always the feeling that people around her, including a new boyfriend, are exploiting Wallberg and there is a genuinely heartbreaking moment where it appears that the only person who looks like they actually care about her is her opponent.

“I can’t defend the sport but I admit there is something deeply existential about it,” Edwards says, “you have to stand in that ring and face the unknown.” Edwards has also stated that she set out to make a female Rocky and in that sense she has succeeded. It will be interesting to see what subject she tackles next.