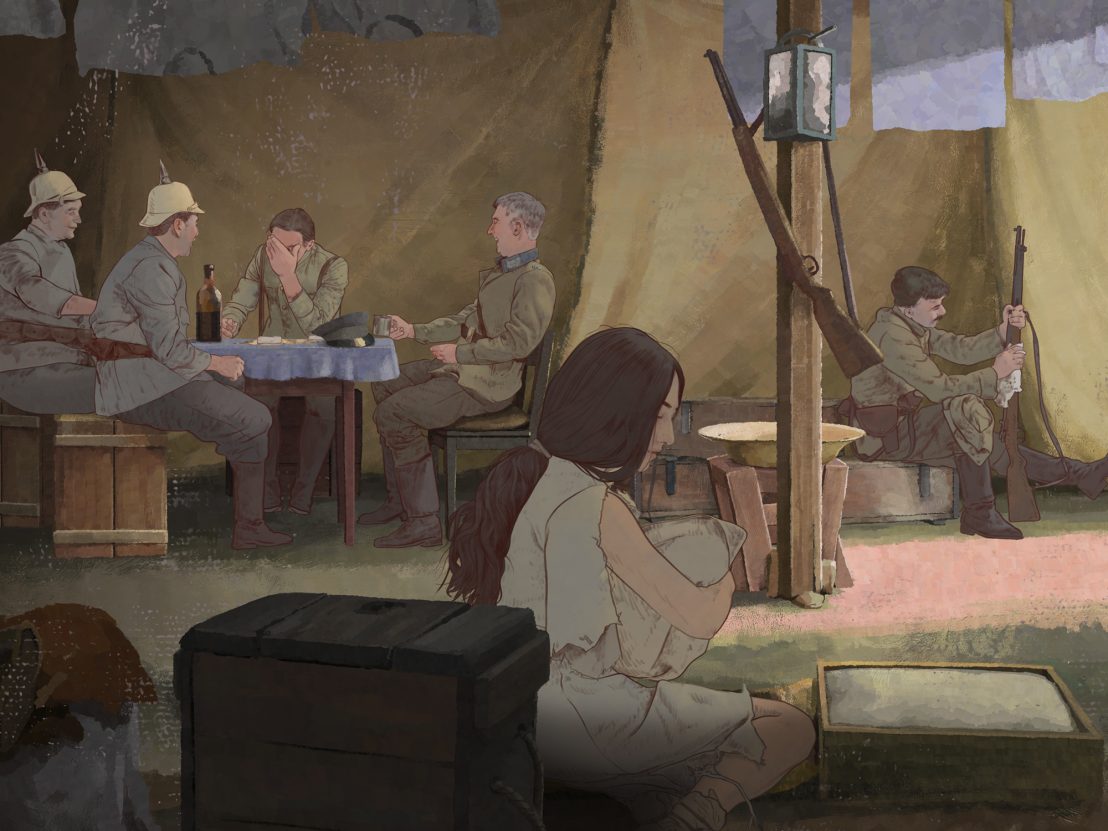 Armenia’s flagship film festival provided a platform for filmmakers to reflect on various wars, although there were some curious absences.

Since 2004, the Golden Apricot Yerevan International Film Festival (GAIFF) has been celebrating cinema from a region at the crossroads of cultures. Many countries in Western Asia, including the Middle East and Caucasus, are overshadowed by bloody conflicts, from the Syrian civil war to Nagorno-Karabakh.

In Yerevan, the capital of a country nestled between Georgia and Iran, cinema brings people together – and regional films to international attention. 100 years ago, Armenia was one of the founding republics of the Soviet Union, following the horrors of genocide in the Ottoman Empire during World War One. As recent Armenian cinema portrays, the trauma of the Genocide remains, while the new war with Azerbaijan cost thousands of lives in the contested Nagorno-Karabakh region.

Another factor complicates the picture. Once again, reminiscent of mass emigrations to the Caucasus after the 1917 Revolution, Yerevan becomes a safe haven for thousands of Russian citizens. Many exiles left their country in the first weeks after the invasion of Ukraine, building a new life in the Armenian capital. I speak to dozens of them, in the cinema, in cafes, on the street.

Among them are students, filmmakers and critics who are outspoken against the war. None of them wants to return to Russia any time soon. They have already made Yerevan their home, with real estate skyrocketing, as one Armenian complains. A Russian student tells me he recently moved down from neighbouring Tbilisi—where the strong pro-Ukrainian climate and “cancellation” of Russian culture made him feel unwelcome.

Ukrainian cinema is strangely absent from this year’s programme. I also didn’t seem to meet any Ukrainian filmmakers at the festival, while Russian cinema featured prominently, including Ilya Khrzhanovsky’s DAU, Aleksey Fedorchenko’s The Last Darling Bulgaria and Kirill Serebrennikov’s Tchaikovsky’s Wife. From GAIFF’s perspective, Ukraine might appear as one of many wars, selecting films that deal with the Syrian war, the Turkish-Kurdish conflict, Nagorno-Karabakh and World War Two. While Florian Hoffmann’s Whispers of War focuses on the impact of war on a Kurdish man in Berlin, Ahmad Saleh’s touching animated short Night tells the true story of a Palestinian mother waiting for news about her daughter’s death.

Animation seems a uniquely powerful way to portray trauma without horrifying viewers. One of the festival’s highlights was certainly Inna Sahakyan’s animated documentary Aurora’s Sunrise which won the Silver Apricot prize. Aurora’s Sunrise is a stunning montage of archival material and animation, based on the true, forgotten story of Aurora (Arshaluys) Mardiganian, a survivor of the Armenian Genocide who later starred in a silent Hollywood film about her experience.

After witnessing the murder of her family, Aurora is sent on a death march into the Syrian desert, sold as a sex slave, and finally manages to escape to New York City where she starred as herself in the 1919 Auction of Souls, a lost epic about the Armenian Genocide that instigated the biggest charity campaign in American history. Sahakyan tells me how some minutes from Auction of Souls resurfaced in the Armenian National Archives where they were filed under another name. The footage was so realistic that Soviet archivists thought for 70 years it was a documentary reel rather than pieces from a Hollywood movie.

A more recent Armenian trauma is the 2020 Nagorno-Karabakh war—a region called Artsakh by Armenians. It features in both Thomas Sideris’ The Pomegranates of Nagorno-Karabakh – with its title referring to Sergey Parajanov, the father of Armenian cinema – and Essam Nagy’s documentary The Forgotten Homeland, based on archival material and the director’s interviews with Armenian refugees from the region.

The 2020 conflict between Armenia and Azerbaijan was the latest escalation in a still unresolved conflict over disputed territory. In the Q&A, Nagy described himself as “Egyptian by nationality, but Armenian by choice.” In a late-night conversation, Nagy vividly shares with me how travelling through the Armenian countryside and speaking to its people had turned his life upside down.

Another documentary haunted by war is Aliona van der Horst’s subtly experimental Turn Your Body to the Sun, telling the astonishing story of a daughter’s search for her silent father who had been a Soviet prisoner of war. The viewers immerse into a beautifully edited montage of restored archival material, interviews and footage of the daughter’s odyssey to the Far East – ending up at the Siberian gulag where her father had spent over 10 years of his life. 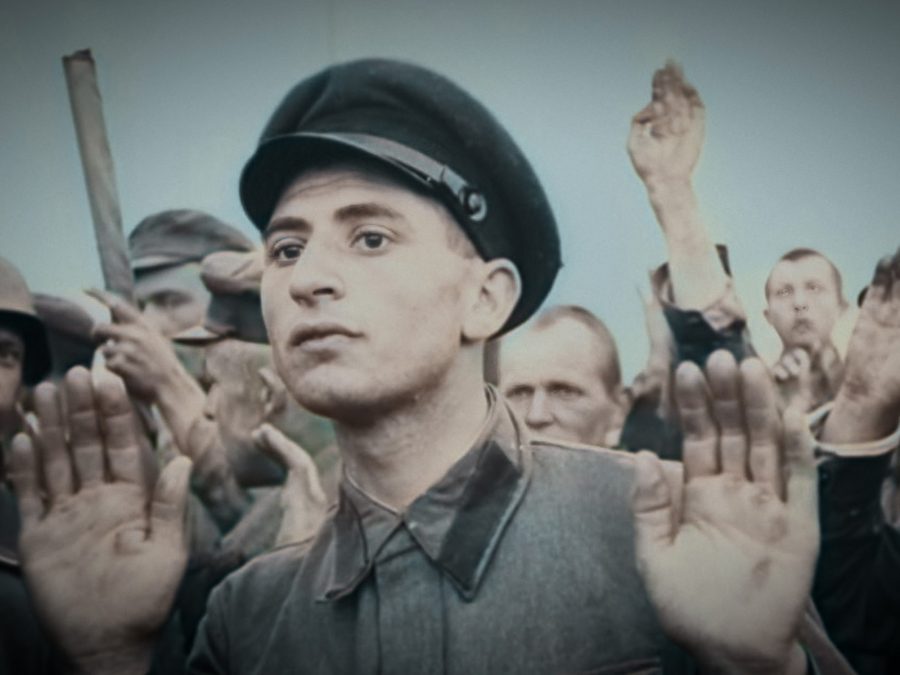 Today, there’s nothing left but trees and snow fields. More than any other film about war, Turn Your Body to the Sun manages to navigate the complex ambiguities of ideology. After all, Horst’s film suggests that a human being torn between different powers is not heroic. Rather, they are thrown back to bare life, to their own body, and the burning desire to survive. In one diary entry, the father asks “Where is this me?” meditating on whether the suffering is even happening to him or someone else.

When it comes to the current war in Ukraine, most Russians turn silent very quickly. While everyone condemns the war, no one has any solution of how things might end at home – except with the death of their leader. Generally, I experience the atmosphere among exiled filmmakers and critics as hopeless, though some exciting projects are unfolding far away from Moscow. Supported by GAIFF, the New School for Russian Cinema, from which many young talents emerged in recent years, is about to open a branch in Yerevan, with some students having already relocated.

Among the teachers are prolific directors Dmitry Mamuliya and Albert Serra who aim to bring new wind into the Armenian film scene. Two sessions are dedicated to last year’s films from the New School, complemented by the masterclass Time and Darkness with Georgian-born Dmitry Mamuliya. Watching these students’ films today has a prophetic feel to it. They are a disturbing barometer of pre-war Moscow, with nauseating violence erupting in Anastasia Veber’s short Trap, channelled into a stylised choreography of bodies. The layer of civilisation in these shorts, including one about a young man in dog costume, is dangerously thin.

A symbiosis of excessive drug use and increasing political oppression also shapes Marusya Syroechkovskaya’s documentary How to Save a Dead Friend in which the 2000s in Moscow rise again as one long bad trip. This general feeling of confusion over complexity dominates almost all films that deal with war. It is captured in its clearest form in Serra’s paranoid Pacifiction, where the danger of nuclear destruction merely lingers under the turquoise surface of strikingly clear waters. 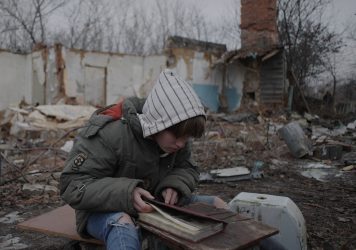 At Sheffield Doc/Fest, filmmakers reflect on the war in Ukraine

The challenges and ethics of showing life in an active conflict zone were a key theme of the festival's 2022 edition. 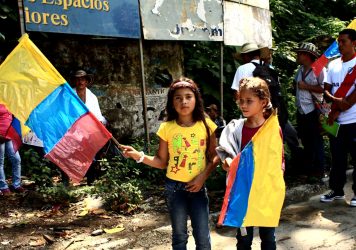 Could a new film hold the key to ending Colombia’s 50-year war?

Natalia Orozco’s When the Guns Go Silent gives a voice to both sides of this longstanding conflict.