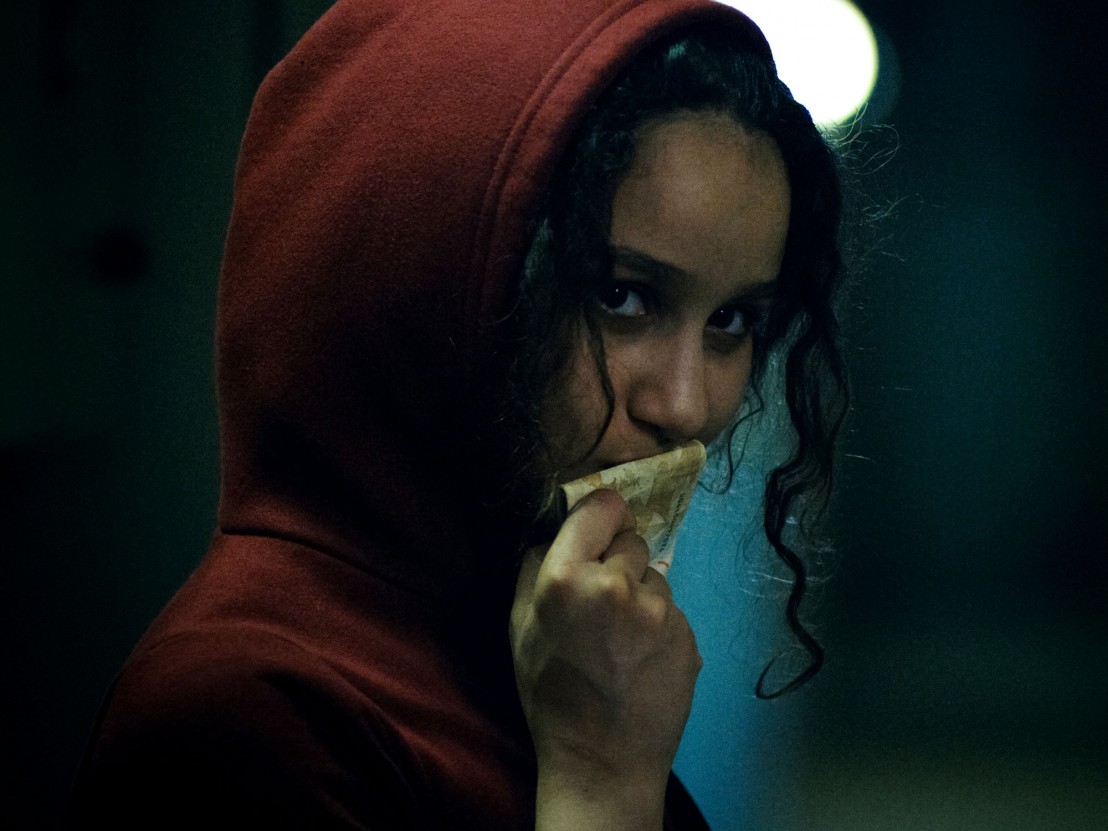 Two years after Céline Sciamma’s Girlhood, another girls-in-the-hood drama has become the talk of Cannes. This a more rowdy, boisterous banlieue-set film, with a more youthful edge, and a dynamite central performance that’ll make up for inevitable quibbles about its narrative flaws.

Houda Benyamina’s debut film centres around Dounia, a teenage malcontent energetically played by her younger sister, Oulaya Amamra. She lives in a Roma camp beneath a motorway with her alcoholic mother, chastised locally as “bastard” for her mixed-race heritage. She rarely attends school, and embraces the chance to work as a runner for a drug dealer, Rebecca (Jisca Kalvanda), in the neighbouring estate. With her wisecracking sidekick Maimouma (an ebullient Déborah Lukumuena), she dreams of trips to Thailand and driving Ferraris with the cash she’ll earn, but these dreams are hopelessly optimistic in a part of Paris where kids will be lucky to end up with a job at all.

Oulaya is brilliant as Dounia, soulful and vulnerable in one scene, creative and restless in the next (comparisons to Jennifer Lawrence aren’t amiss). “You got clit, I like that!” screetches Rebecca when the first meets her, and Benyamina’s greatest strength as a director is an ability to get the look and language of young girls in a hostile, masculine world. But the director is less able to juggle the various tones and narrative quirks. One joyous sequence has Dounia in an lavish dress try to seduce a drug kingpin to nick him of cash, descending a nightclub staircase like a scene out of Scorsese (with him it might have been The Rolling Stones on the soundtrack, here it’s Azealia Banks). But a following scene is a scene of uncontrollable violence.

Benyamina might be pointing to the volatility of life in the banlieue, but scene-to-scene it doesn’t quite gel. But the film’s ending will remind viewers of La Haine in its bitter metaphor for modern France, yet the takeaway from is a compassionate look at an underclass too often maligned.

Find out who scored the silverware as this year’s festival comes to a close.