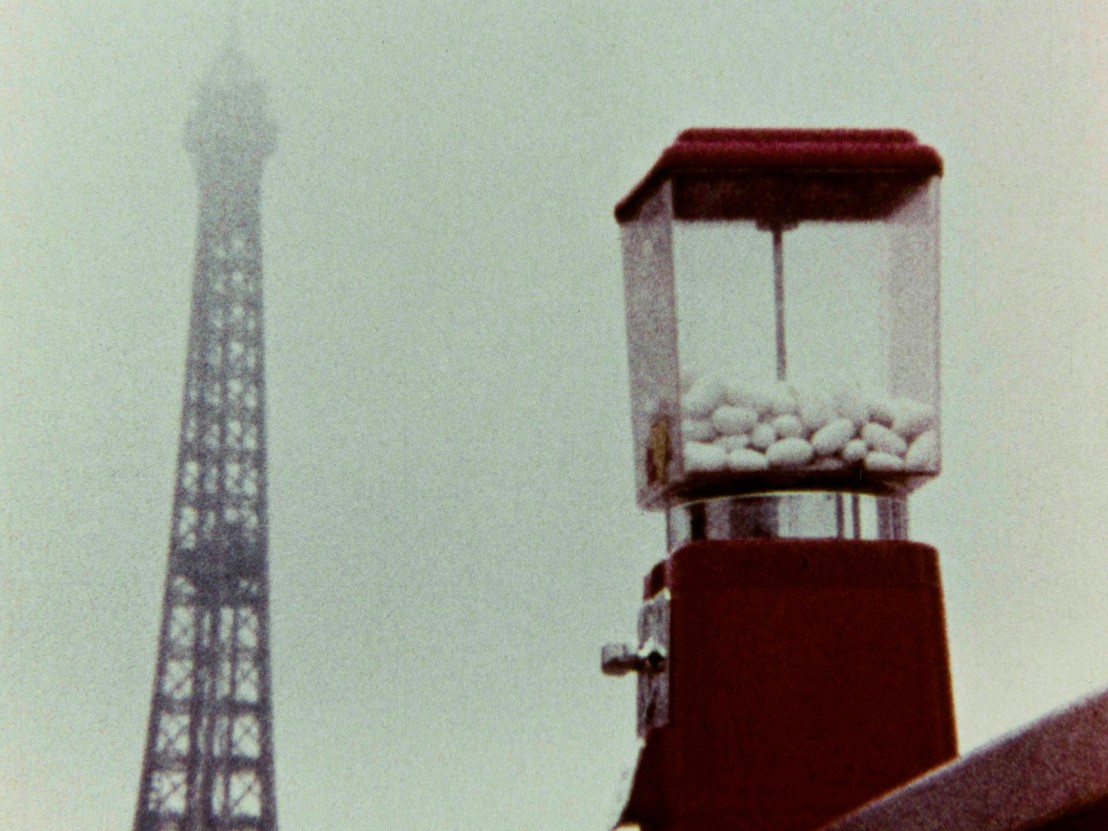 It’s hard to know exactly where to start when it comes to describing the supremely strange 1977 film Perfumed Nightmare, directed by and starring a little Filipino man with a pudding bowl haircut and stripy t-shirt called Kidlat Tahimik. It is receiving a rare screening as part of the 2016 Essay Film Festival in London, included in a retrospective of Tahimik’s film work. Essay Film Festival you say? So by that rationale, this film can’t be earmarked as either a documentary or a fiction feature. But, parts of it are clearly staged, and other parts have been captured on the lam – real people, real places, real events.

Maybe the “essay” tag derives from the fact that it’s a film that takes on a political subject (the realities of globalisation) and presents its case through an accumulation of vignettes and indirect statements. The crucial difference is that the essay as a form is or has never been characterised by its recourse to emotion – engaging with an essay is work, not pleasure. But what this festival seeks to do is to assure that “essay” is a fluid term that, in the here and now, absolutely does not preclude fun.

Perfumed Nightmare opens on a stunning image of a bridge located in Tahimik’s village of Balian, which is situated about 80km east of Manilla. The bridge becomes a metaphor, a linking device between physical and illusory worlds. As president of the Wernher von Braun Fan Club (the ex-Nazi who went on to help the yanks into space) and with dreams of escaping to America to seek fame and fortune, Kidlat lays out all the problems he faces when it comes to crossing that particular bridge in his life: the oppression of a military dictatorship, primitive culture and infrastructure, extreme poverty and a system in which children have their individuality stripped from them.

The film then chronicles an episode in Tahimik’s life where he manages to become one of the rare escapees, his irrepressible love of American culture (or, a version of American culture he’s hearing on a global radio broadcast) leads him on a jet plane out of the Philippines. However, he only manages to get as far as Paris where he secures work as someone who replaces the bubble gum in the city’s various bubble gum machines. Yet while the film feels like an whimsical shaggy-dog tale of a cultural outsider trying to find a place in the world, there’s a rigorous “essay” element to the film in how it becomes a simple comparison piece between the developing and the developed world.

Tahimik goes all-out to hide anything that might appear as educational or polemical, filling the film with quirky digressions and eccentric characters – his relationship with a Parisian market-stall owner railing against a nearby supermarket and whose eggs always have a double yolk is especially charming. It’s only by the film’s final stages, where we return once more Balian and can see that it has not changed at all in the intervening months, that the film’s ingenious central paradox hits home.

If the price of industrial progress and an embrace of capitalism means a total loss of cultural identity, is it really worth it? But as impersonal though it may be, perhaps this hulking infrastructure could bring sense of hope and ambition to his sleepy township? Tahimik, refreshingly, responds to this conundrum with a confused chuckle rather than a howl of despair. What he is doing here casts him as a male counterpoint to one of the world’s foremost essay filmmakers, Agnès Varda.

Alongside the must-see Perfumed Nightmare, which screens at the ICA Cinema on 20 March, the Essay Film Festival celebrates the work of American academic and filmmaker, Mark Rappaport, offers a screening of Manoel de Oliveira’s stunning Visit or Memories and Confessions, a film he made in 1982 but which he stipulated was only to be screened after his death (he died in 2015 at the age of 106), and the UK premiere of The Silent Majority Speaks, a new work by Iranian filmmaker, Bani Khoshnoudi.

The 2016 Essay Film Festival begins on 17 March. Find out more at essayfilmfestival.com 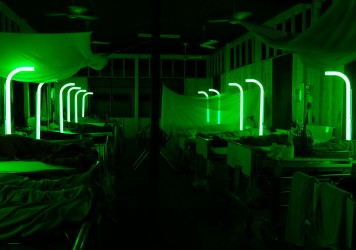