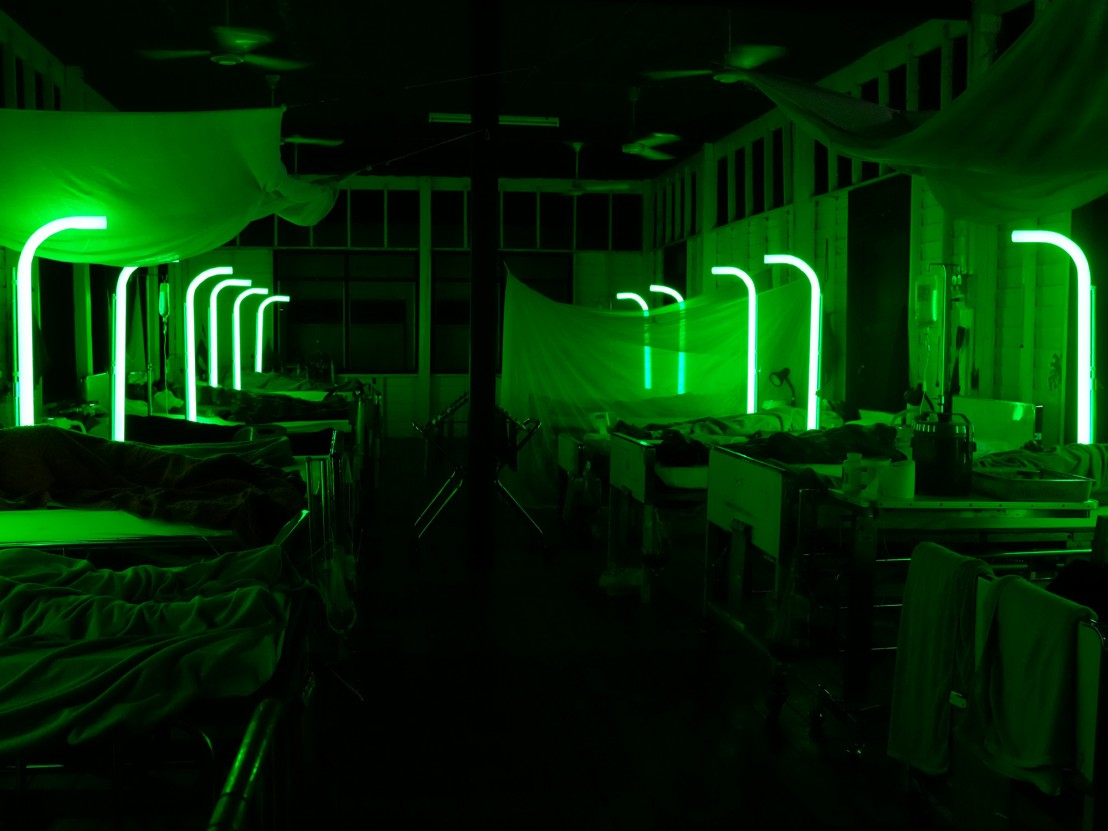 It must be tiring for assiduous readers of the reams and reams of Cannes Film Festival coverage to hear that constant refrain of, “why wasn’t this movie programmed in the competition?! It’s an outrage!” Everyone, of course, has their reasons, and Thierry Fremaux obviously had his when in came to navigating the diplomatically precarious terrain of dishing out competition berths. Apichatpong Weerasethakul’s floral ghost story, Cemetery of Splendour, played in the Un Certain Regard strand, a placing which in essence means the Thai maestro was not given the opportunity to make it a double Palme d’Or win.

In answer to the question, would he have even won, it’s a distinct probably, as the man who sells himself to the world cinephile community as “Joe” has produced yet another incandescent and mysterious object which presents cinema as a tool which allows you to merrily transcend the strictures of time and space. There’s nothing out there like it, so it instantly acquires top marks for originality. Apichatpong’s ability to seek out the neon-trimmed passageways which connect alternative realities – the past, the future, and playful fabrications of both – to the contemporary landscape is what makes him one of the most exciting and quietly (so, so quietly) audacious filmmakers working today.

In 2010 we were invited to relive the past lives of one Uncle Boonmee, and with Cemetery of Splendour, we’re given a similar opportunity, this time with an ageing, club-footed nursemaid named Jen who has started working at a small hospital dedicated to soldiers suffering from some bizarre form of sleeping sickness. This being an Apichatpong joint, the slumbering, corpse-like patients lie with neon lights planted next to their beds, which oscillate through a spectrum of bright colours which “the Americans” assure will sub-consciously penetrate their dreams.

This contextual backdrop is used a little more than a launchpad for this always-intrepid director to explore fluid states of being. He makes 3D movies which don’t require glasses, as they elegantly shift on three axis, up, down, left, right, forwards, backwards, untroubled about his mischievous desire to take the audience on a trans-dimensional road-trip at a moment’s notice. One point to add is that this particular hospital is revealed to have been built on an ancient graveyard which is populated by fallen Thai kings. It’s a classic horror movie conceit (essentially Poltergeist) which is spun out in a way which runs entirely counter to expectation. These regal ghosts are said to be the reason for all the sickness, only theirs is certainly a more whimsically benign method of vengeance.

The idea of “haunting” is a metaphor which returns over and over in Apichatpong’s oeuvre, and this is no different. The apparitions are neither good nor evil, they’re merely visual reminders that the current moment in all its social and political complexity is entirely the product of these past lives. As people, we’re shaped by unknown, unseen and unfathomable forces, and Apichatpong doesn’t so much reveal these implacable forces to us, more than make us feel them and understand them.

This film bulges with memorable images and starkly emotive compositions. Each edit brings with it a surprise. The ominous sound design transforms the ordinary into the extraordinary, transporting the film to the highest of genre-bending heights. Joe locates images within images, but then has the wherewithal and vision to move the camera ever so slightly to reveal something more – a mode which exemplifies his thematic concerns of how existence is the culmination of various co-mingling realities, some of which we have to take special measure to comprehend and observe. At the end of the film, the sprightly kings come and pay Jen a visit. They’re playing football.