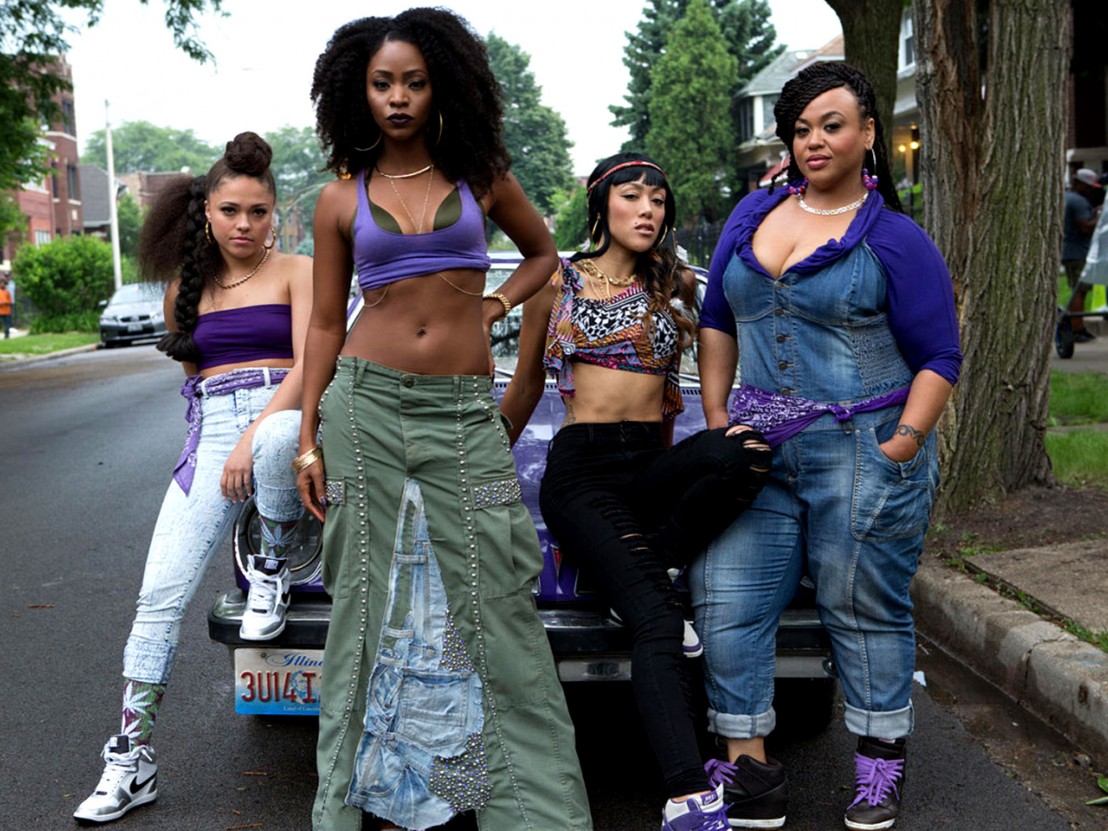 New films from Ava DuVernay and Spike Lee are part of the official programme’s focus on diversity.

With the BFI’s upcoming Black Star season, which celebrates the work of black actors throughout the years, and David Oyelowo heading up a symposium on racial equality on Thursday 6 October, this year’s BFI London Film Festival sees a major push for diversity in the movie industry.

David Oyelowo has said, “I’m really hopeful we’re about to segue from talking about diversity to actually doing it.” In response to that, we’ve compiled a list of every film – 20 in total – made by a black filmmaker screening as part of this year’s official LFF programme. The showcasing of these works is a step in the right direction, giving audiences the opportunity to sample a wide array of different cultures, politics and storytelling traditions.

Long before her brilliant 2015 Martin Luther King biopic, Selma, Ava DuVernay has been a key voice in telling stories linking to America’s constant struggle with racial prejudice. Her new documentary, named after the amendment in the bill of rights that banned slavery, is an interrogation of the American judicial system and its racial prejudices. It’s a vital retrospective look at what the 13th amendment means in modern day USA.

Dubbed Nigeria’s most exciting director, Izu Ojukwu creates sprawling, dramatic stories. His latest film is a story about the 1976 assassination of the military ruler of the time, General Murtala Mohammed. Nollywood great Ramsey Nouah plays a young officer who enters a relationship with a woman from the south east (Rita Dominic). When she learns of his rebellious activity against the country’s leadership, their relationship is thrown into disarray.

3. The Birth of a Nation

Written, directed, produced and starring Nate Parker, The Birth of a Nation tells the true story of a preacher who led a slave revolt in Virginia in 1831. A man of God, Nat Turner is used by his white owners to suppress dissent within the slave populace. Unwilling to see so many forced to live like this, he starts a thunderous uprising.

A science fiction fantasy with a feminist angle, Lizzie Borden’s newly restored 1986 film provides a social commentary that feels as relevant today as ever. Set in a futuristic USA, it’s a fictional documentary about a society that has reached social equality but not gender equality. Through interviews and mocked-up archive footage we witness a female uprising taking place in this classic tale of empowerment and female identity.

Ever current and ever impressive, Spike Lee is back on the moviemaking scene with a characteristically bold creation – a dazzling hip-hop musical loosely based on the ancient Greek comedy ‘Lysistrata’. The original story sees a woman persuade the female populace to withheld sexual privileges in order to end a long standing war. Here though, the action is transferred to gangland warfare in Chicago. It’s a unique and inventive way of understanding gender and gun crime in the USA.

Julie Dash’s first feature film, Daughters of the Dust remains an impacting, compact story about three generations of women directly descended from West African slaves. Set at the beginning of the 20th century, it follows their story as they up sticks and move from their off shore Island in South Carolina to the mainland. Originally released in 1991, it’s recently been restored and well worth catching.

Born in Chad, Mahamat Saleh Haroun moved to France in 1982. In this new documentary, he looks at the pain his home country felt under the dictatorial regime of Hissein Habré, a ruler that led an oppressive regime over the people of Chad, sending around 40,000 people to die in the country’s prisons. He talks to some of the victims of the atrocious period.

The highly-anticipated third feature from Barry Jenkins is a study of a young black man struggling to define his sexuality in 1980s Miami. Adapted from the play ‘In Moonlight Black Boys Look Blue’, it follows him from childhood to adulthood. Early buzz suggests this is one that’s not to be missed.

Pitched as a multimedia feature film, Shola Amoo blends documentary, art and performance. Part fiction, part non-fiction, it’s a topical film about gentrification in London. Focussing on Nina, a young artist in Brixton, it’s a local story about how the capital is changing and how that alters the lives of those that have always lived there.

10. The Revolution Won’t be Televised

Filmed over several years, Ramia Thiaw’s documentary records a new political movement for young people in Senegal. In 2011, after having been president of Senegal for 10 years, Abdoulaye Wade wanted to run for office again. In protest to the same old story of an older man running the country, a drive was started by the country’s young people. A movement called Y’en a marre (literally, “we’re fed up”) gained traction. Here, Thiaw follows their rise and the country’s cry for change.

Starring Rosamund Pike and David Oyelowo, A United Kingdom is the true story of the relationship that blossomed in 1948 between ordinary Londoner Ruth Williams and king of Bechuanaland, Seretse Khama. When they meet at a dance, sparks fly and they start a relationship against all advice. Then, when Seretse must leave to be king of Bechuanaland, Ruth decides to follow him by his side. When their interracial relationship becomes known, they must hold fast and stay together as forces unhappy with their bond strive to keep them apart.

All the way from Niger, The Wedding Ring follows a girl from a significant family in South East Niger. After meeting a young man from nearby during her education abroad, she arrives back to wait for him to visit her. In that time she learns how her friends and family define the concept of love.

Having been born in Nigeria and grown up in London, this is a story that relates closely to the director’s own life. Focussing on a young multiracial Londoner, the film follows him as he traces his roots back in Senegal. It’s a close study of identity and what it means to be ‘from’ somewhere.

A story of good people doing bad things, Wulu follows a hard working bus driver from Bamiko, Senegal trying to make enough to save his sister from a life of prostitution. Ladji (Ibrahim Koma) makes pittance. In an effort to make a change, he visits a local drug leader, asking for a job. From one perilous job to another, the film charts his rise from bus driver to drug-trafficking overlord.

A cultural voyage through Africa, Fonko is a documentary about social change and the cultural makeup of one of the world’s most diverse, changing continents. Covering the huge area, the film is comprised of interviews with musicians and artists from South to North, commenting on everything from art styles to social and political issues that have ravaged areas of the continent.

Those Who Jump’s co-director Abou Bakar Sidibé is the focus of this new documentary. A young refugee from Malia, Sidibé camps in the mountains near Spanish city Melilla in North Africa. Given a camera by Moritz Siebert, the film is a portrait of his life as a migrant. It’s an account of his daily life, his temporary home and his dreams for the future.

Filmed over the course of a year, this timely film looks at the struggles asylum seekers find in a new country. Filmed in a hospital in Paris, it accounts visits from desperate people as they arrive for direly needed treatment, still waiting for their fate to be decided by authorities.

A 12-year-old girl grows an obsession with her brother’s best friend in this short from London-based filmmaker Dionne Edwards.

In this short film by American director Kevin Jerome Everson, a woman recounts a traumatic shooting she witnessed during a routine medical examination.

Ghanian-American avant-garde filmmaker brings her new film to the LFF, about a young man from Ghana opening up about his sexuality.