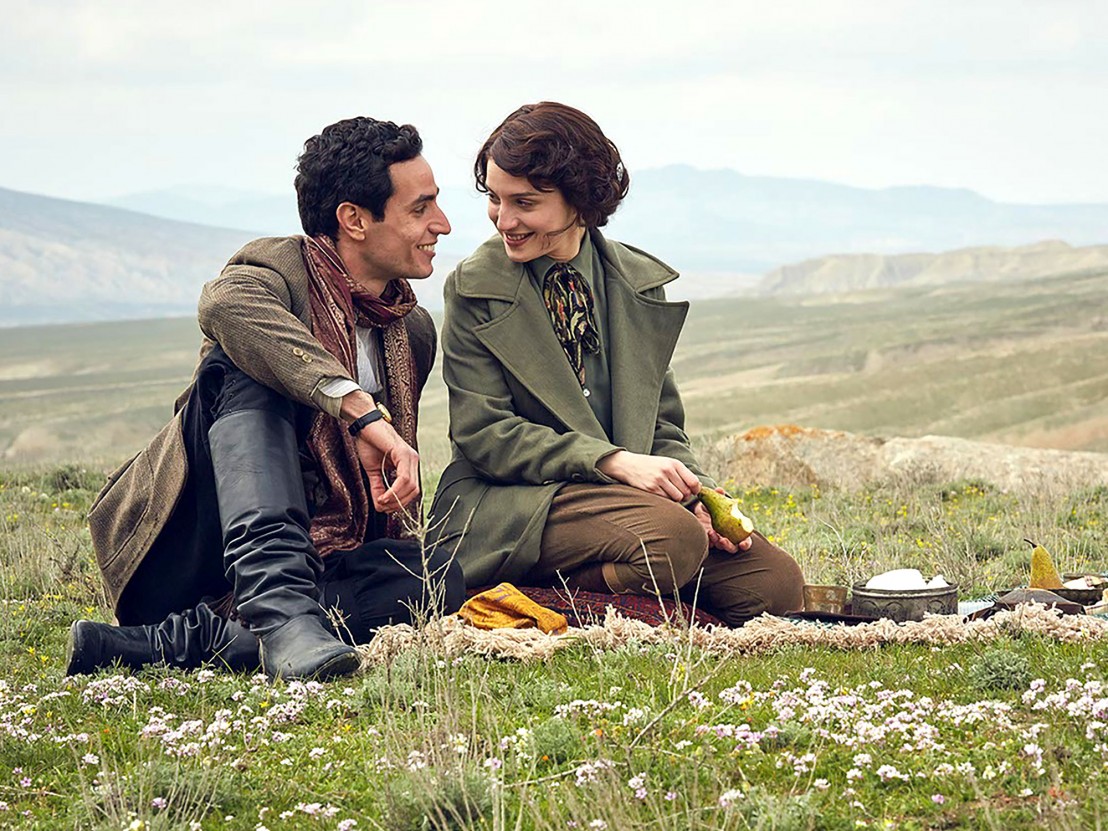 Asif Kapadia’s reputation for unconventional filmmaking takes an almighty knock in his follow-up to Amy, a tediously anodyne love story set in the heat of the Azerbaijan independence movement of the 1910s. Taking its cue from sweeping historical epics like The English Patient and Doctor Zhivago, Ali and Nino centres on a romance in the midst of a continent-defining war. The major difference is that Kapadia’s film is closer in relation to a tea-time TV drama than to those Oscar winners.

The film opens in 1914 in Baku, the oil rich Azeri capital, and ends at the declaration of the Azerbaijan SSR in 1920 – Kapadia taking us on a journey consumed by a star-crossed love story between headstrong Muslim aristocrat (Adam Bakri) and Christian Georgian princess (Maria Valverde). Their relationship is inevitably plagued by religious differences, disapproving parents and revolutionary fervour brought on by the onset of conflict in Russian-controlled Azerbaijan in 1914.

Kapadia gets points for the luscious photography of the Caucacus mountains (photographed by Nuri Bilge Ceylan regular Gökhan Tiryaki), to which Ali and Nino escape, and a believably rugged turn-of-the-century Baku (filmed in Azerbaijan and Turkey). But it’s not enough. The film suffers from extended dialogue scenes, where Christopher Hampton’s rickety script falls down in the hands of wooden Bakri and Valverde. It’s a fatal combination.

For someone whose Senna and Amy appeared so full of formalist conviction, Kapadia’s first fiction film since 2007’s Far North is woefully uneven. The editing is tonally inconsistent, sometimes cutting between mixing political discussion about oil, war clashes and some of the most vanilla love-making imaginable. A pivotal scene in which Nino is kidnapped by a prospective suitor – an uncomfortable reality in this turn-of-the-century setting – is pure slapstick.

It’s hard to place exactly why Kapadia has stumbled so badly here, especially as the sweep and scope of Ali and Nino mark it as a labour of love for the director. Perhaps it’s his decision to use a conglomerate of foreign actors all speaking English that gives it such a fake Euro-pudding feel. Bakri is an Israeli Arab, Valverde Spanish, and then there’s Connie Nielsen and Mandy Patinkin – Danish and American respectively – who ham it up with particularly fruity Russian accents as Nino’s parents.

Based on the novel that has become the de-facto national book of Azerbaijan and littered with historical figures that led the country’s independence movement, this is a story that should be ripe with political and social comments for a tumultuous world today. The Azerbaijan Democratic Republic, the short-lived independent state created before the Soviets took the country back, was the first republic in the Muslim world and the first to grant women universal suffrage. The real characters behind the country’s founding are surely more interesting and inspiring than those at the centre of Kapadia’s trite love story.