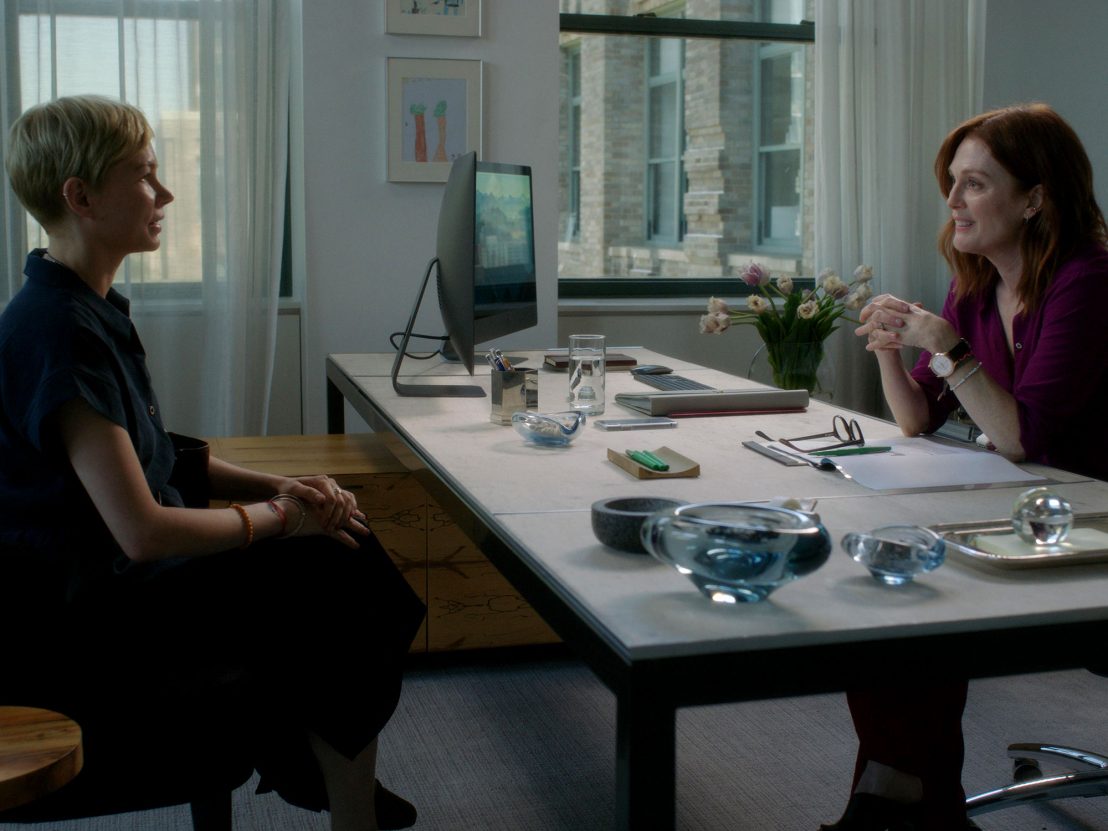 Even for those who haven’t seen Susanne Bier’s Danish version of After the Wedding from 2006, it doesn’t take long to realise that this is a remake, as nothing about it feels particularly new or original. Treading familiar dramatic ground, the film opens in Kolkata, India, where Isabel (Michelle Williams) is working at an underfunded orphanage. She has devoted herself entirely to the children there, forgoing having her own family in the process.

She is forced to briefly leave India following an offer of a generous donation from Theresa (Julianne Moore), a wealthy benefactor and businesswoman, who demands that Isabel come to New York to explain in person why her organization deserves the money. Brash, extraordinarily affluent, happily married and an ambitious CEO, Theresa couldn’t be more different to Isabel – their dynamic and the way they push against one another is one of the few interesting aspects of the film, due in large part to the performances of Williams and Moore.

Seemingly uninterested in actually discussing the orphanage, Theresa promptly invites Isabel to her daughter’s wedding that weekend. It’s here that Isabel meets Theresa’s husband, Oscar (Billy Crudup), and discovers that she is far more connected to the family than she could ever have imagined. From this point, as the title suggests, the action really takes off as secrets are revealed and relationships change.

After the Wedding is clearly a melodrama, but writer/director Bart Freundlich appears reluctant to fully embrace the genre. The result is an awkward soap opera piece with an inconsistent tone. At times the film swells with intense music and sentimental dialogue, yet too often it shies away from anything that might be deemed challenging or upsetting; dramatic moments jarringly interrupted by cheesy attempts at leivity.

Although the actors can’t quite save the film from mediocrity, they do at least elevate proceedings. If there is one reason to see this film it is surely the central trio of Williams, Moore and Crudup – Moore is particularly good, always fully committed to her role no matter how sketchily written her character is. As ill-advised as some of the comedic moments are, she tackles them readily and makes them work. She’s also responsible for delivering the film’s most affecting moments – her last lines, delivered through sobs, are heart-wrenching. For a film punctuated with emotion, however, After the Wedding sadly doesn’t provoke much within the viewer.