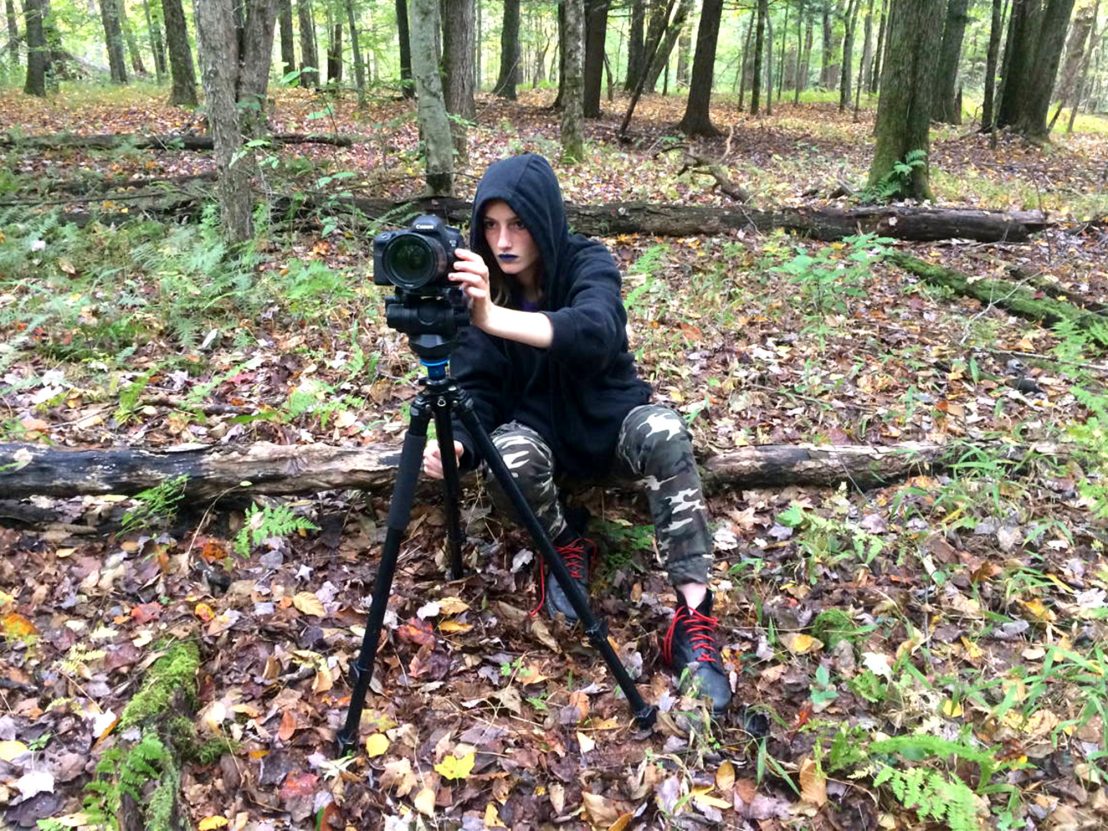 Nearly 10 years ago, The Adams family packed up their life into an RV and went on a cross-country trip to make a movie. Toby Poser had a successful acting career but the work was slowly drying up and John Adams, who was in a punk band, had been offered a job on a Jackass inspired reality show that was swiftly cancelled. Frustrated with the industry and shrinking opportunities, John and Toby along with their two daughters Zelda and Lulu (who were six and 10 respectively) decided to take what they learned and try to make their own movie.

Toby recalls how John asked a cinematographer friend of theirs how you make a movie for $20,000. “He said you can’t, it’s impossible. That’s the thing, if somebody says it’s impossible then we’re going to do it, and we did.”

Over the years the Adams have made five features and refined their style. It’s a true family affair, as they share responsibilities directing, acting, writing, shooting, and editing – they even compose their own music. Their most recent film,  The Deeper You Dig, received its world premiere at the Fantasia International Film Festival in Montreal this month. It represents a collaborative effort between John, Toby and Zelda, who is now 14; Lulu has gone away to college but has contributed to every film up to this point.

The Deeper You Dig is about grief, redemption and forgiveness. In the aftermath of an accident, a mother searches for her daughter. Working as a medium, she invokes the spirits in order to gain access to the supernatural realm. A local loner, involved in the disappearance, begins to lose grip on reality and becomes obsessed with burying his guilt deeper and deeper.

Set in the Catskills region of upstate New York, most of the film was shot in and around the Adams’ home. Their vision feels singularly American as they portray issues close to their heat and own experiences. John explains how they choose their stories, “All of our movies are about broken Americans, [they’re] not trying [to] get fixed, but just get by as good as they can.” Toby interjects, “If I had to put an image to the philosophy behind our films, it is a wildflower growing through a crack in a sidewalk.” 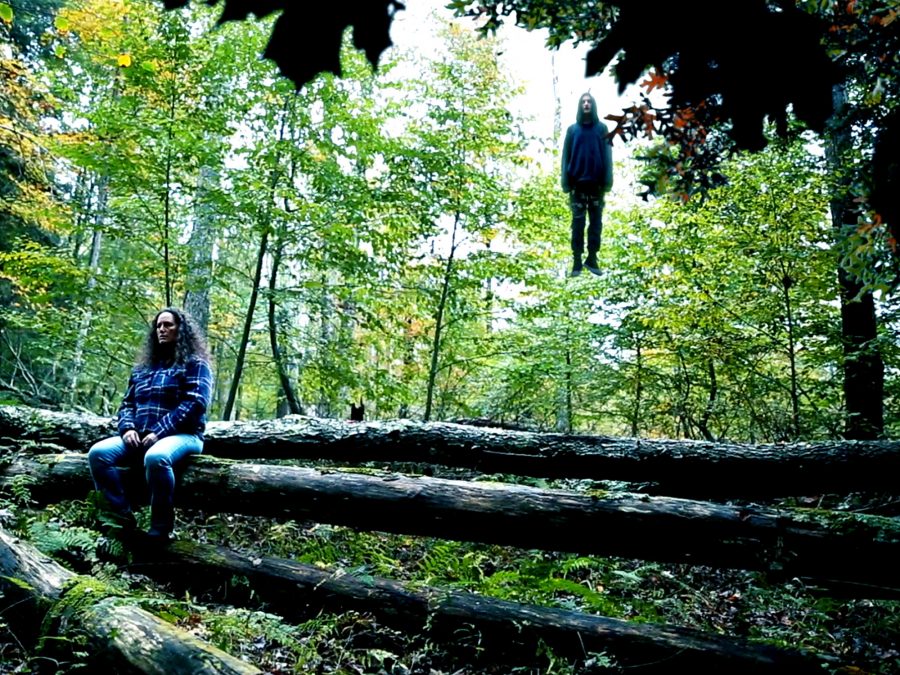 Stark and expressionistic, the self-made film relies heavily on the rugged natural beauty of the Catskills. The family’s DIY ethos has its limitations but just as many advantages. They have access to wild landscapes and the luxury of having relaxed time constraints means their work can span all four seasons. Since their primary location is literally their own backyard, they can run out to shoot during a blizzard or on a foggy morning. The unfiltered beauty of the film contributes to its otherworldly atmosphere. Most mid-to-large scale productions could never adopt this approach, restricted by schedules, budgets and producers.

Being agile and having to improvise on the spot also allows for happy accidents. To shoot on a frozen lake, they attached the camera to a bike and pushed it through the snow. Poser recalls operating the camera, “You can see in the film how the camera tilts when I was handling the camera because I was scared shitless. As you walk on the lake, the ice starts to crack. But, those are lucky misfortunes.” The final result heightens the film’s off-kilter mood. 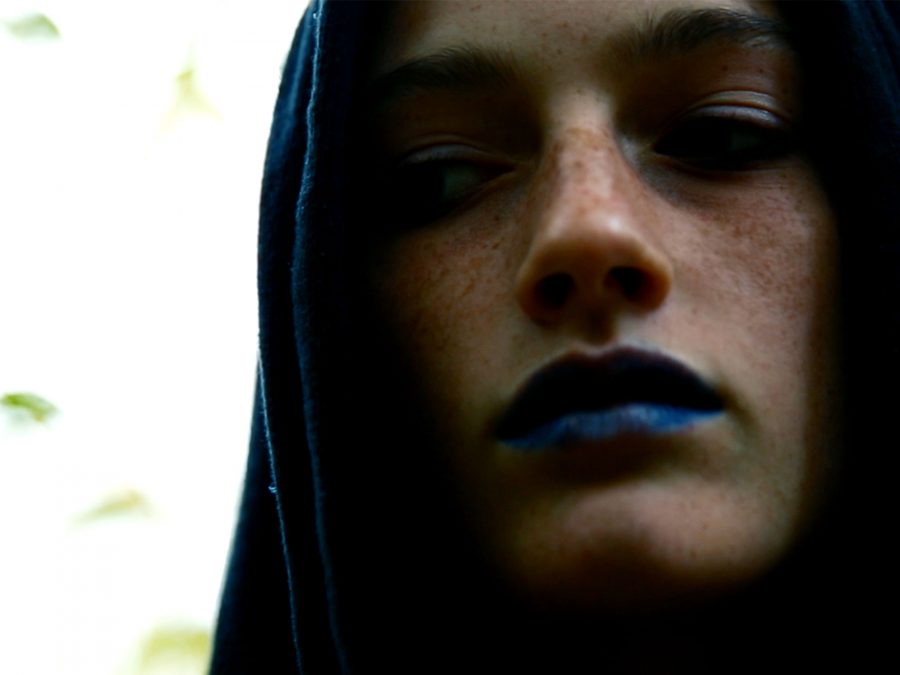 Great horror can hold a mirror to our own feelings of mortality, exploring the fundamental fragility of the human condition. Yet beyond stoking our existing fears and anxieties, horror cinema can also invoke a sense of alchemy, magically transforming our reality.

Much of The Deeper You Dig was made in the shadow of Toby’s cancer diagnosis. “Toby and I have both been some really tough stuff, but every gift is a curse,” John explains. “If you get hung up on your curses, then you’re cursed – but if you celebrate them, you’re gifted. Art is a way to celebrate your pain.”

It is also an opportunity to work together as a family. For Toby, it has always been imperative to create an environment in which her daughters can thrive. While she herself has struggled for recognition, she hopes her daughters will not have to experience that fight. “Women often struggle to gain attention and it’s changing and that’s great, but it was really important for me that when they were little they would see their mom as a filmmaker and now they’re filmmaking too.”

Zelda, the official “BS Monitor” on set, has a passion for the camera. Over their five features, she has pushed the family to take greater risks with their cinematography, especially with movement. A voracious film watcher, she was initially interested in making movies to be more like Kristen Stewart but now has grander ambitions. Zelda has even started making her own short films. In 2018 her film Noble, a four-minute short about choosing the perfect prom outfit, premiered at Walla Walla Movie Crush.

The Adams family are currently floating around a number of new scripts and ideas, including a “western ghost story” centred on the Oregon trail, a hunting trip that goes horrifically wrong and, on a lighter note, a movie about a father and daughter with a rock band (John and Zelda are also in a band together).

In an era of mega-blockbusters and corporate dominance, the Adams family have adopted a refreshing alternative filmmaking model which prizes collaboration and personally driven projects. The Deeper You Dig is far more than just a novelty though. Taking advantage of the creative freedom afforded by their circumstances, they have crafted a haunting, harrowing film about love and loss in contemporary America.