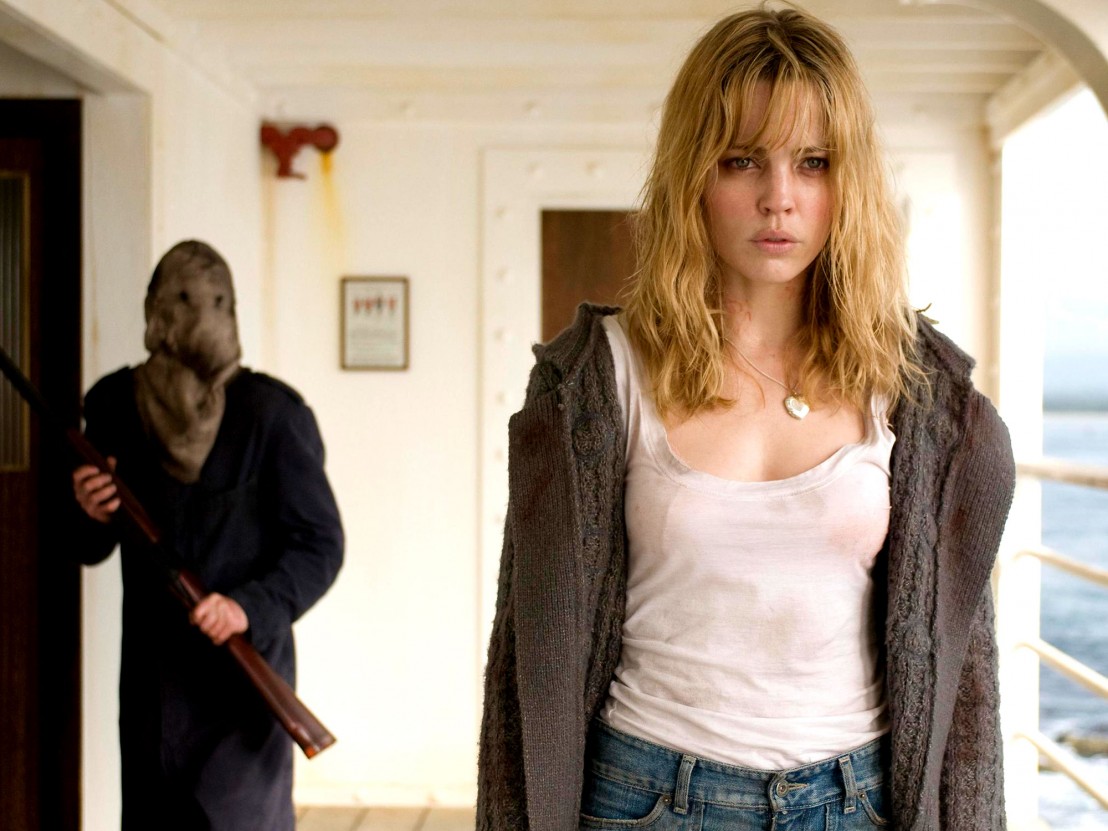 To mark the 2016 edition of FrightFest, we’ve picked 20 of the most interesting, subversive and downright weirdest films to have ever screened at the UK’s premier horror jamboree. Are these the finest horror flicks of the 21st century? Have your say @LWLies.

“Those people are not like you and me,” widowed innkeeper/comedian Paul Bartel (Jackie Berroyer) warns travelling cabaret singer Marc (Laurent Lucas) of the locals in the backwoods Belgian village where Marc’s van has broken down ahead of Christmas – although Paul has his own confusions about his guest’s identity. In Calvaire, Fabrice du Welz weaves from the tropes of Seventies survival flicks like The Texas Chain Saw Massacre, Deliverance and Straw Dogs a macabre Yuletide fable of passion and performance, with Marc unwittingly cast as a Jesus forced to take upon himself the sins of others, and to suffer oh so very much for his art. Defying categorisation, Calvaire veers from horror to parable, and from comedy to tragedy, leaving us to work out for ourselves what empty space in our lives its art can fill. That’s entertainment!

FrightFest had previously featured Chris Smith’s Creep and Severance, but his Triangle is something altogether more mature and sophisticated. As Jess (Melissa George), pressured single mother to an autistic boy, takes a break with some friends on the yacht Triangle, they find themselves seeking refuge from a storm aboard the ocean liner the Aeolus, completely abandoned but for a masked killer who starts taking them out one by one. Yet in a seaborne hell of torment and guilt, this highly allusive film limns a brain-bending enigma, trapping us all at once in an unraveling mind, a never-ending twilight zone, and the prison house of cinema itself. The circle of this infuriatingly nightmarish narrative seems impossible to square, making it like Alain Resnais’ masterpiece Last Year in Marienbad, only set on a boat, in colour, and with a whole lot of blood. 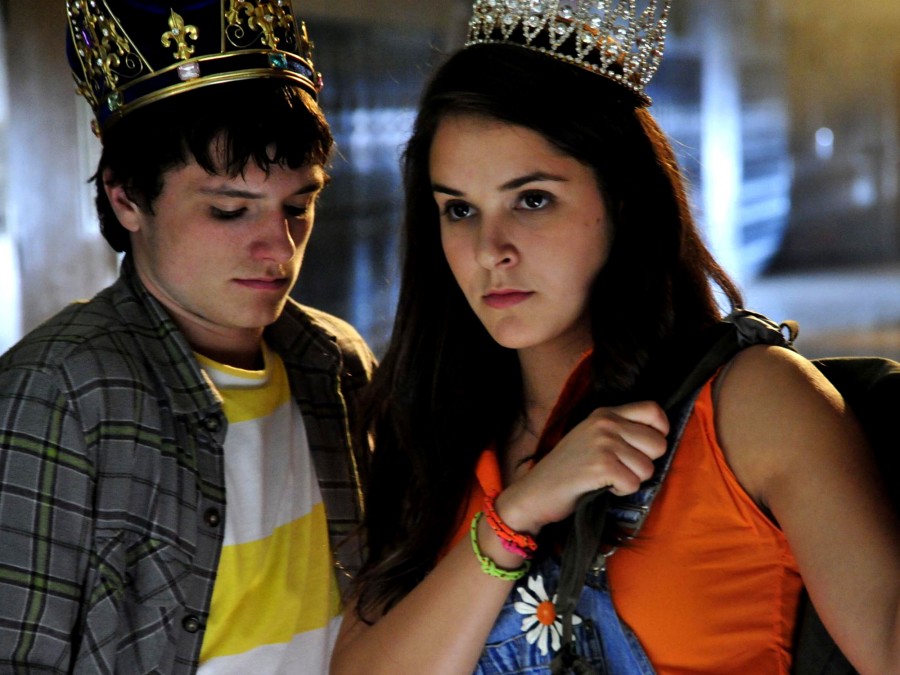 Post-postmodern hipster-hopping meta-teen-comedy Detention throws out high concepts, scattergun allusions, curveball subplots and other (sub)cultural detritus at unparalleled speed, defying viewers to keep up or be left in the last decade. It hilariously dissects a new class of adolescents left to sink or swim in a world of rapidly shifting reference points and values, where they must piece together their identity from an infinity of retro-cultural models and obscure Wiki data no further away than a mouse click, and yet still struggle, like all teens before them, to fit in, find themselves (and the guy or girl of their dreams), and get an A – if not save the world. And while there is no genre that the angst and ecstasy of growing pains cannot inhabit, part of the genius of Joseph Kahn’s film (co-written with Mark Palermo) is to mash up all these different genres into a protean plot that simply defies summary, and yet somehow is all made to cohere, impossibly, in the end.

Alt-music vlogger Mark (Marc Senter) and out-there artist Ginger (Elissa Dowling) spend a long dark(ly funny) night of the soul together in Ginger’s desert cabin, beleaguered by intruders both external and internal. Buddy Giovinazzo’s A Night of Nightmares is a modestly budgeted film that keeps its (maybe) supernatural mechanics secondary to strong characterisation and nuanced dialogue. It might be dismissed as a romantic quirkfest were it not so deviously twisty and unfathomably creepy – although, even after the penny has dropped, it never loses any of its immense charm, which is the rarest of commodities in this genre. 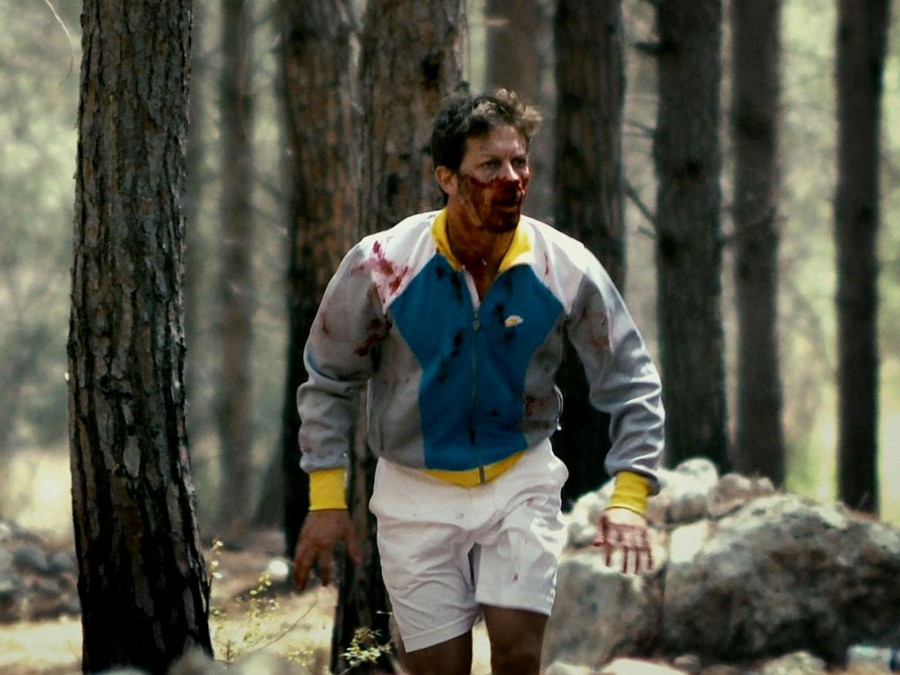 The feature debut of writers/directors Aharon Keshales and Navot Papushado, and one of the first genre films ever to emerge from Israel, Rabies opens with a scene that promises familiar slasher business, before more or less forgetting all about its rapist/killer-on-the-loose and shifting its focus to a Coens-style ensemble clusterfuck of missteps, misunderstandings and misdemeanours. Apart from the nocturnal prologue, these all take place in broad daylight, in a small strip of woodland that becomes both a Bermuda triangle and a microcosm of Israel’s complex social and political landscape – a veritable minefield where the twinned senses of entitlement and entrapment have produced a treacherous environment best trodden very carefully.

While probably the least known of all the titles listed here, Inoue Yasuo’s The Neighbour No. 13 certainly earns its place amongst the most striking and uncompromising genre films of the last decade. Based on Inoue Santa’s manga Rinjin 13-gô, it is the Jekyll-and-Hyde story of Juzo (Oguri Shun), a down-trodden construction worker who unleashes his mute, id-like alter ego No. 13 (Nakamura Shido) upon realising that his tenement block neighbour (Hirofumi Arai), now married with a young son, is the same person who once viciously bullied him in school. A delirious mindmelt of avoidable abuse and abject consequence, the film’s psychological intensity and unflinching aggression are delivered in a package of jarringly hallucinatory visuals – including a memorable slamdance between the naked Juzo and No. 13 in an isolated bunker beyond space and time. 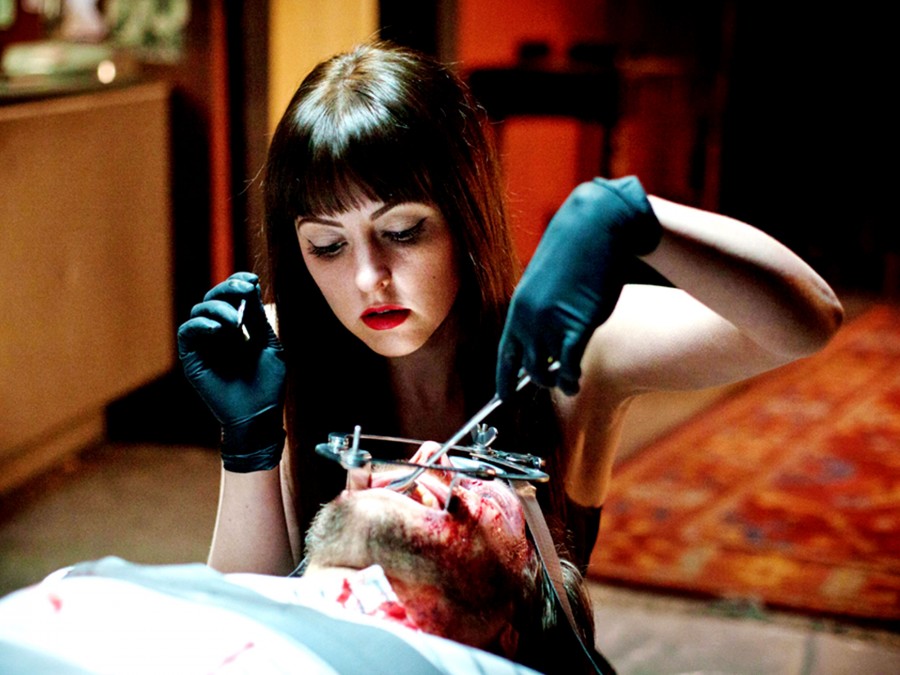 As Mary Mason (Katharine Isabelle) abandons her medical studies to become an in-demand surgeon for the underground body modification community, she carries out a cool vengeance upon the male medical instructor who abused her. Yet if rape-revenge forms the basic contours of Jen and Sylvia Soska’s dark yet dazzling film, there is far more concern here to contrast America’s economically stratified, misogynistic mainstream with the more accepting margins in which the filmmaking twins themselves have been able to thrive. Caught between these two worlds, Mary becomes a kind of Frankenstein’s monster whose scars and sutures eventually show. The results are a surgical strike against the American dream itself, as well as a Lynchian portrait of a woman in trouble.

Hideo Nakata will perhaps always be best known for the foundational J-horror Ringu (1998), but his Dark Water is better. After winning a bitter custody battle, Yoshimi (Kuroki Hitomi) moves into an apartment building with her six-year-old daughter Ikuko (Kanno Rio), and as she slowly unravels before the clashing demands of work and single motherhood, a ghostly girl begins haunting the dank building, bringing Yoshimi’s unhappy memories of her own childhood flooding back. This serious, sombre examination of a woman on the verge of a nervous breakdown and the tradition of abandonment that she has both inherited and will herself pass on, Dark Water is full of aqueous apparitions, allowing its creepy atmospherics to drip with a deep, dark sadness. 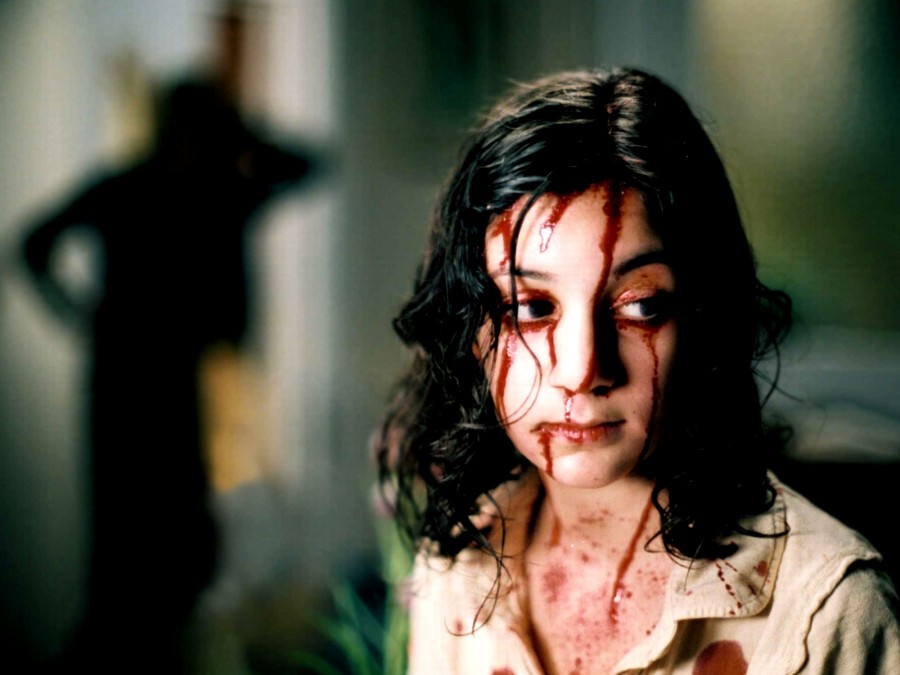 It is October 1981 in icy Stockholm, and the news reports of a Soviet breach of Sweden’s borders form the background of another Cold War in which meek, disturbed young Oskar (Kåre Hedebrandt) fantasises acts of violent vengeance against his bullying tormentors. As if on cue, Eli (Lena Landersson) moves into the next door apartment with an older guardian – and these two lonely children form a friendship even as the neighbourhood is struck with a series of bizarre murders. Adapted by John Ajvide Lindqvist from his own novel, Tomas Alfredson’s moody, lyrical chiller came as a welcome antidote to the tween superficialities of Twilight (released the same year), bringing artful psychological subtlety to its pre-adolescent angst.

With a tortuously meticulous narrative structure as its only special effect, Nacho Vigalondo’s low-budget feature debut keeps wrong-footing the viewer with its straight-as-an-arrow journey through events where the normal strictures of chronology simply no longer apply. This immaculate time-travel movie may tie us in knots, but its protagonist’s increasingly desperate attempts to get back to where he started are rooted in a compellingly noirish moral frame, following one man’s errant gaze through to its point of no return. By foregrounding the observer’s paradox within his ingeniously convoluted plotting, Vigalondo presents us with a confronting piece of meta-cinema, drawing our eye with a flash of flesh, only to show us just where our voyeuristic desires can lead.

Check out the second part of our best FrightFest films ever feature to find out what ranked 10-1. FrightFest 2016 runs 25-29 August. For more on this year’s festival visit frightfest.co.uk 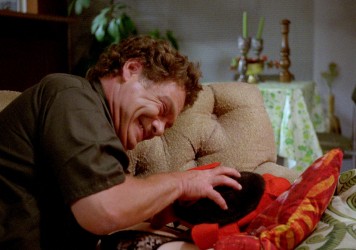