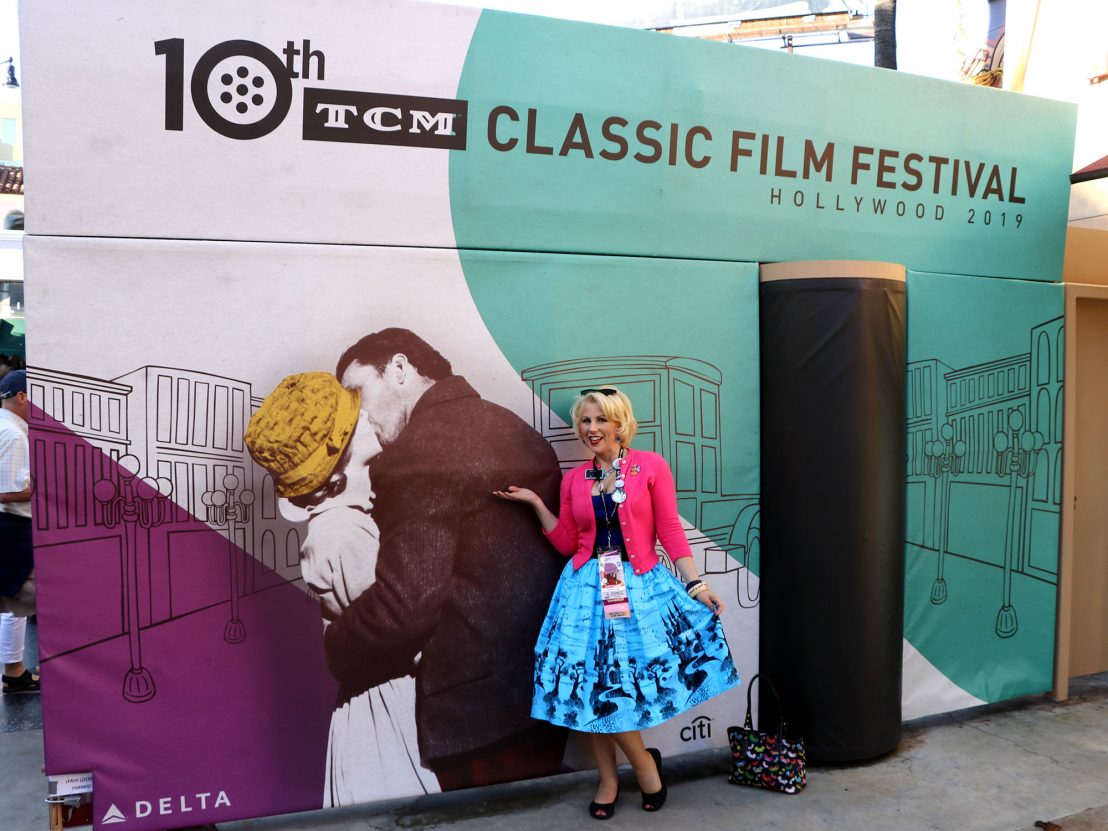 The annual showcase of vintage movies welcomed a host of stars and eager cinephiles.

Once upon a time in Los Angeles, a vast catalogue of motion picture entertainment came up for sale. “They weren’t cheap,” says Ted Turner, the Ohio-born, Georgia-raised son of a billboard magnate who rose to become an old-school media tycoon. In Turner’s opinion, the price didn’t reflect the goldmine: “They were undervalued,” he told Turner Classic Movies host Ben Mankiewicz during an interview recorded for the network’s 25th anniversary.

In 1986, Turner purchased the struggling MGM/UA and all of its assets for $1.5 billion. He quickly sold the studio on but retained MGM’s entire library, which included all the titles of Warner Bros, MGM, United Artists, RKO and more. On 14 April, 2019 at the TCL Chinese Theatre in Hollywood, an audience from across the US and beyond celebrated 25 years of TCM, the round-the-clock, commercial free TV station devoted entirely to the love of vintage cinema and those who made it.

Now in its 10th year, the Turner Classic Movies Film Festival is an exciting and welcoming event, where attendees get a taste of Tinseltown lore while sampling an array of talks and tours. It’s the sort of occasion where you find yourself waxing lyrical with a veteran Angeleno over Frank Sinatra fighting for Ava Gardner, or embarking on a personal pilgrimage to an idol’s tomb at the Forever Hollywood Cemetery.

Among the manifestations of the Old World present in the warm and laid-back crowd is Jayne Mansfield and Marilyn Monroe impersonator Jane Maddox-Coady and her husband Joe, both TCMFF first-timers. “I am the Backlot President for Austin, Texas,” she says, referring to the official TCM fanclub. “I have watched TCM since the beginning, classic film is inspiring and truly a wonderful experience to behold. When you see a classic film that touches you and stays with you, you wonder how you could just be seeing it now for the first time. As Lauren Bacall once said, ‘It’s not an old film if you haven’t seen it.’”

This year’s festival was capped off with a screening of Gone with the Wind, the first film to air on TCM back in 1994. And on the Sunday morning the festival programmed The Robe, the first Cinemascope picture introduced by new Academy president John Bailey at Grauman’s Egyptian, where it premiered in 1953. During the screening the audience sat like disciples on a mount, imagining the impact of such spectacle on the room as it was in that time. Traditional applause rippled through the auditorium when the greats made their first on-screen appearance. Afterwards people stop by the Walk of Fame stars of their favourites, collecting photos to share with their new friends.

Despite the disparities presented by the price of attending (passes range from $300 to $2000), the festival doesn’t engender an us-and-them culture. Queues are relaxed and orderly and those who just come to town to hang out, spot some famous people and get into whatever they can are treated no less hospitably. The volunteers at the Chinese and Egyptian theatres comment on how attendees are a uniquely friendly festival community.

Those enjoying the priority entry afforded by the Spotlight pass still need to be on point if they want to see Billy Crystal and Meg Ryan at the exclusive opening red carpet gala, a 30th anniversary reunion screening of When Harry Met Sally with director Rob Reiner. On the second day, Crystal received the highest honour in town: his hands and feet imprinted in the cement of the Chinese Theatre forecourt. The view for passers-by on Hollywood Boulevard was blocked by the heavy duty press corps stand. “I had two friends from my home town who did this,” Crystal quips to a surprisingly intimate assembly, “just not as willingly”.

Los Angeles is especially hot this April with the Santa Ana winds coming early. By Saturday, when people are rushing between screenings to catch a glimpse of Jeff Goldblum or Kurt Russell, the air is heavy and humid and the wisdom of those who created the Walk of Fame is a moot point as a thousand non-festival tourists swarm the sidewalk. At the curb the religious sector advised us that Jesus didn’t want us to watch Working Girl.

With queue tickets only handed out an hour before each showing, the opportunity for a private audience with the Chinese Theatre forecourt is a highlight. Utilising the Chinese and its adjacent multiplex, the Egyptian, the Cinerama Dome and crowd-wowing new addition, the historic Legion building on Highland Avenue, as much wonder comes from the opulent architecture and decoration as any film in the programme.

Unofficial social events begin the day before the festival. Base camp is the Hollywood Roosevelt, storied haunt of the likes of Marilyn Monroe, Montgomery Clift and Shirley Temple since 1927. The official Club TCM took over the hotel and on Wednesday afternoon the unofficial Going To TCMFF Facebook group was allowed poolside for book signings, discussions and screenings. Pin trading is a popular activity and all come with a devoted random or personal connection. You might meet Meredith, daughter of the makeup artist to the stars, or Corky, veteran roadie and New Beverly bouncer who’ll advise you on queue technique around town. Jeremy makes sure the 2,000 members have a schedule of all the film events LA has to offer.

Kelly J Kitchens Wickersham and her husband Mark founded the group after attending the festival in 2010. “Over the years it has grown to become a refuge for people all over the world who feel alone in their daily lives with their love for classic films,” explains Kelly. “It has given a friendship base for many people who come to the festival on their own.” This was further endorsed by Pasadena resident Virginia Hougasian. “It was a wonderful experience because I connected in one way or another with special ones that made this a top-of-the-heap time.”

At the official closing gala the names of TCM made themselves available with grace and wit. Ben Mankiewicz posed for photos, Alicia Malone chatted to audience members and festival regular Leonard Maltin dispensed handshakes and good cheer. As the Chinese Theatre turned off the lights we raised a toast to the next 25 years and, maybe one day, TCMFF’s own star on the Walk of Fame. 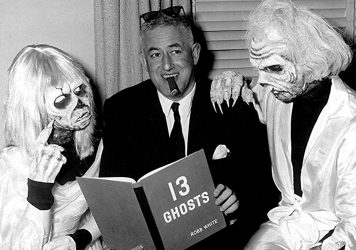 In praise of William Castle – undisputed king of cinema gimmickry

A pioneer of 4D screenings, the American B-movie director was a born showman.