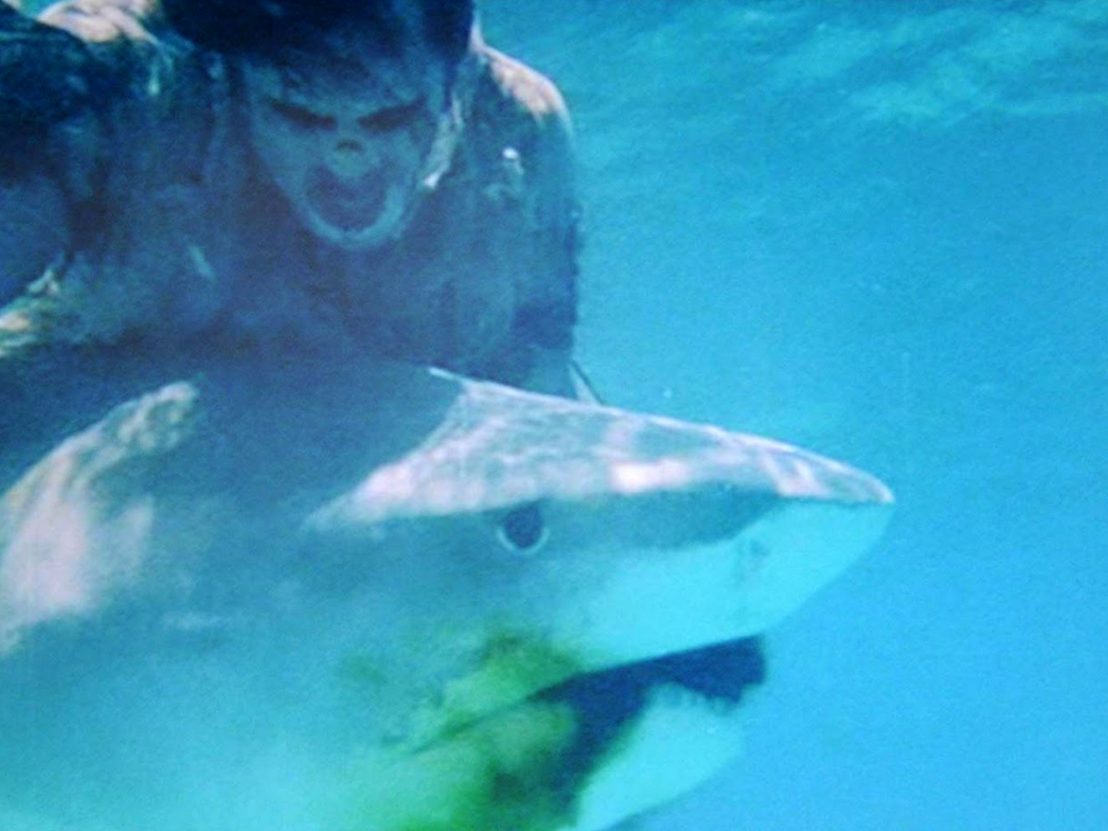 Released at various points as The Island of the Living Dead, Nightmare Island and Zombie Flesh Eaters, Lucio Fulci’s 1979 film Zombi 2 was originally intended as an unofficial sequel to George A Romero’s Dawn of the Dead, released the year prior.

Unlike Romero’s urban ghouls – who had last been seen lurching around the shopping mall – these zombies are dusty and erratic, terrorising the fictional Caribbean island of Matul. Adapted from an original screenplay by Fulci’s longtime collaborator, Dardano Sacchetti, the film draws on the sort of voodoo mythology that was much closer to the origins of the genre than that which Western audiences were used to at the time.

Zombi 2 has a fantastic score, courtesy of another longtime Fulci collaborator, Fabio Frizzi – menacing electronica clashes with clumsy appropriations of indigenous sounding rhythms. There’s a notorious eye gouging scene, soundtracked by a shameless melodic lift from the Beatles ‘A Day In The Life’, that secured the film’s Video Nasty status. Oh, and there’s a moment where a zombie and a shark have a fight. An actual shark. Underwater.

With Fulci refusing to shoot the scene, Tucci brought in a second unit. The plan was to use a real-life tiger shark – second only to the great white shark in terms of the number of recorded human fatalities. Cardona Jr was supposed to play the zombie that would fight the shark, but come the day of the shoot he was otherwise disposed. So Ramón Bravo, who as well as writing books was an accomplished underwater photographer (you can see his work in Licence to Kill’s underwater scenes) stepped up, channelling his inner undead.

In order to keep it placid, the shark was fed before filming. And, just to be on the safe side, pumped a load of tranquillisers into the creature too. Shocking, yes, but these were very different times. There’s an astonishing moment during the scene where the shark rips the zombie’s arm off, which invites visions of a zombie tiger shark transformation that sadly never comes to pass. Unbelievably, the credits forget to credit Bravo for his sterling, and indeed, death-defying work.

The history of horror cinema has bore more iconic scenes. It’s given us greater scares and louder screams. But for the sheer insanity and recklessness of its execution, it’s hard to top Zombi 2’s notorious zombie versus shark dust up.