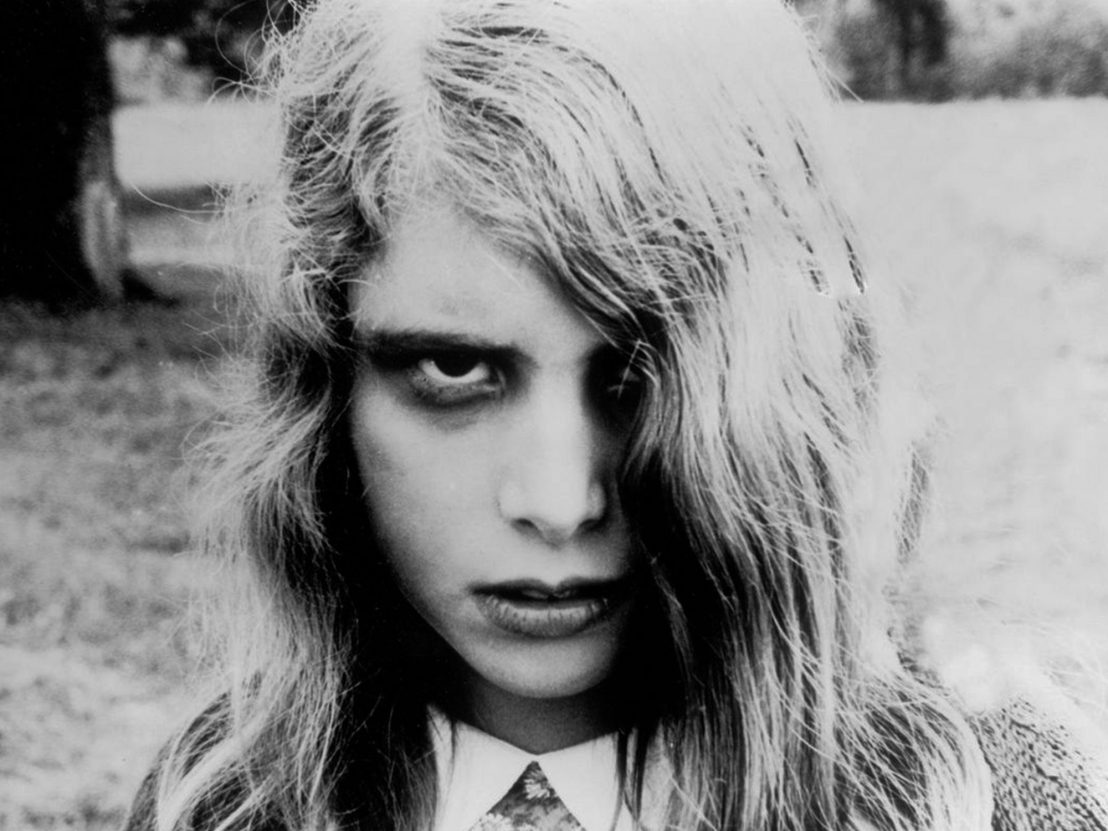 In an age of oversaturation of zombie-related media, and with low-budget horror now the genre’s most recognisable form, it’s easy to underestimate how much of an impact George A Romero’s Night of the Living Dead must have had in 1968. Using an array of cheap but raw film techniques, Romero simultaneously redefined both the zombie and the horror film yet also tapped into something else quintessential to large amounts of US horror in particular; the feeling of the horrific that sits comfortably alongside the ordinary worlds of American life.

The film follows a core group of characters who end up barricaded within a lone house in the backwaters of Pennsylvania. Barbara (Judith O’Dea) and her brother, Johnny (Russell Streiner), are visiting the grave of their father when they are inexplicably attacked by a strange, wandering man in the graveyard. Johnny is left fighting off the man whilst Barbara runs and seeks refuge in a nearby house. The light fades and Barbara becomes trapped as the stumbling man continues to amble about outside.

Soon Ben (Duane Jones) enters the house with further hungry corpses following in close pursuit. He barricades the doors and windows of the rooms, only to find two couples hidden in the basement. As a group, they now consider their options, debating what to do about the increasing number of wandering dead outside trying to get in to eat them; each plan more disastrous than the last until all hope is eventually lost.

Before Romero, zombies had a very different hue in cinema. In Victor Halperin’s White Zombie from 1932 and John Gilling’s The Plague of the Zombies from 1966, the undead had a orientalist voodoo-edge; summoned back to life by black magic and, even more surreally, used as a cheap labour force (in these instances, as the workers of a Haitian sugar cane mill in the former and in a Cornish tin mine in the latter). Zombies were effectively the deliberate product of man, not unlike Mary Shelley’s ‘Frankenstein’ or the creatures of HG Wells’ ‘The Island of Doctor Moreau’, published in 1818 and 1896 respectively.

Romero’s accidental rebirth of the dead is refreshing in its almost disaster film qualities, the corpses rising apparently due to the radiation leak from a satellite crash-landed from space. Technology and the increasing fear of Cold War infused paraphernalia – satellites, radiation, group paranoia – is just as much a menace in the film as the flesh-desirous zombies.

The sheer look of Night of the Living Dead alone must have felt exhilarating in the context of the largely gothic infused visuals and narratives of this period. The ordinariness of the violence is still alarming, every bludgeon carrying a simple impact that mostly rejected stylised violence, what critic Pauline Kael called the film’s “banal seriousness”. Even in the more stylised moments Romero manages to retain a tangible sense of raw desperation, far from vampires being staked through the heart or other typical horror demises.

When a little girl attacks and finally kills her loving mother with a garden trowel, the director chooses to intensify the scene with more typically fantastical techniques. The woman’s screams are modulated through an electronic effect, carrying it into strange realms of synthesised sound. Yet it also fits with the film’s general shift in horror style, marked most overtly by its music beginning with normal B-movie stock strings but which is quickly subverted by electronic hums, rumbles and modulation. Romero was one of the first to properly understand that music in horror cinema need not be overtly instrument based; that there was something untapped in the unrecognised character of electronic and experimental sounds.

Alongside the rumbling hums and grain (the film was shot on 35mm but distributed on low quality prints), Romero uses another technique to great effect: the fake news reel. Constant news reports stream in, first detailing the outbreak and explanation for dead to walk again before the authorities try to find a solution. Their banality aids their believability which makes the horror all the more effective, especially the Sheriff’s solution of “beat ’em or burn ’em, they go up pretty easily”; carried out with an almost enjoyable relish by his plaid shirt militia.

The images of these men roaming around the country, toting rifles and burning bodies, is itself a poignant and still chilling image. Some of these news bulletins and reports are so genuine it would be difficult to believe they were fake if not for their context in the film. The possibility of a ‘War of the Worlds’-style panic is not inconceivable if imagining the film being broadcast on television in the same year it was made; a casual viewer flicking through the small handful of channels only to come upon one of these bulletins without the full context of the film, detailing the best way to stop the ambling undead soon to be supposedly scrabbling at their door.

Romero’s film ends with a stunning collection of photographs, or perhaps even freeze-frames. Their effectiveness lies in their believability, with many resembling battered historic images of similar group catastrophes in America’s 20th century social history. With this final move Romero showed that even on a small budget, horror has the ability to get under our skin not through violence, gore or spectacle, but through an overt and perceivable likeness to the real world in all of its unsettling ordinariness.