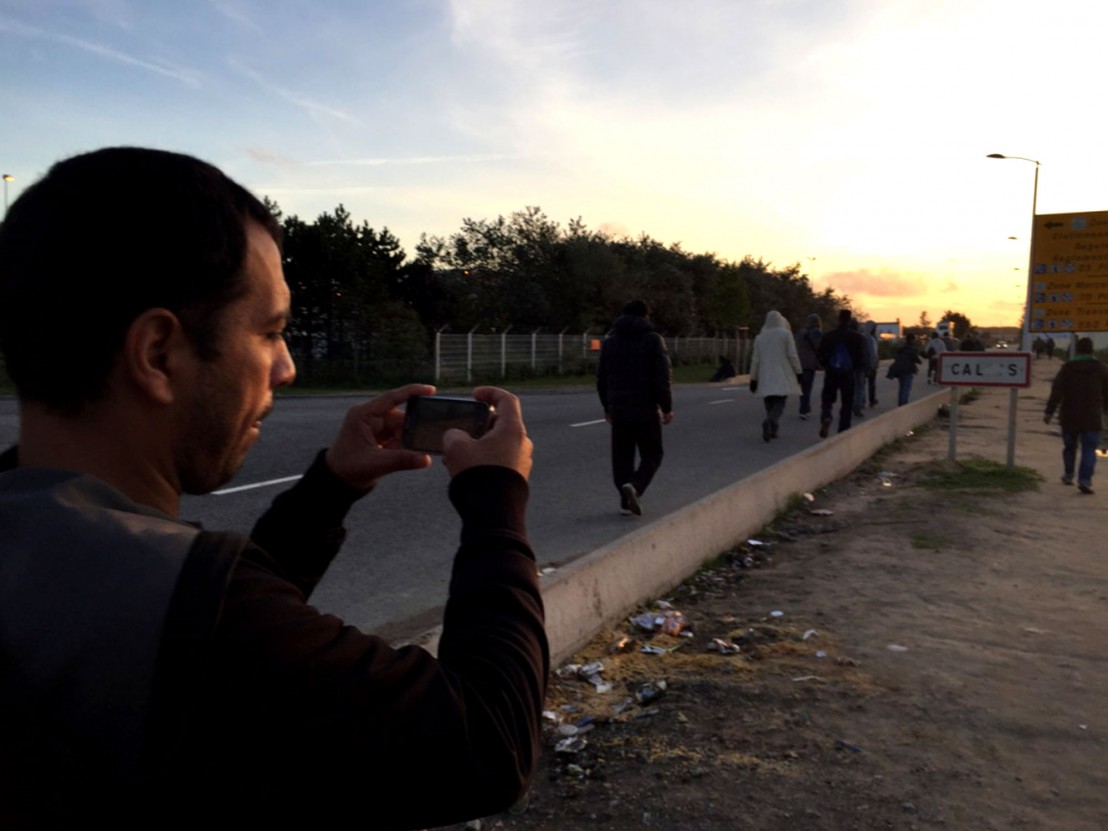 At a time when governments the world over are aggressively pursuing neoliberal agendas, fast stripping their citizens of any kind of meaningful political power, World Film Collective is on a mission to restore the balance. Established in 2007, WFC is a charity offering free resources designed to teach people how to make films on mobile phones and then market and distribute them via social media. The project began as the brainchild of founding member Alice Bragg, who explains, “I wanted to set up an alternative media platform enabling voices that weren’t in the media to have the space not only to express themselves, but to connect as human beings with people all over the world.”

The first iPhone was released in 2007, around the same time that high-resolution camera phones were becoming increasingly popular, a development Bragg and the rest of WFC were eager to take advantage of. But not everyone was so sure. “Back then people thought we were mad,” Bragg admits. “I tried to explain that we were teaching people to make films on mobile phones and they genuinely thought we’d lost our marbles.” It’s safe to say their intuition paid off. In 2015, Sean S Baker’s Tangerine, a film shot entirely on iPhone 5, premiered at Sundance to rave reviews, cementing camera phone filmmaking as a legitimate art form. Today the WFC website has over 250 films in its archive, with projects capturing everything from life in the Calais “Jungle” to communities in South Africa’s townships.

The resulting films are low-budget and just a few minutes long, but nonetheless incredibly powerful, the roughness and low quality of their production only serving to make them more intimate. Talking about the Calais Speaks project, Bragg articulates its importance in changing perceptions of the camp: “Many people who saw the films the Syrian refugees made through our training programme had a very different relationship with the Jungle because they’d only seen either the fear or the very depressing, upsetting side. What the project was able to do was show these people as human beings with a whole spectrum of emotions, not just the sadness we’re so used to seeing.”

The landscape of cinema is changing. Where traditionally the film industry has been the preserve of the privileged, creative few, now organisations like WFC are showing the way for a new generation of filmmakers – without boundaries and borders. This is the future Bragg envisions: a democratic world in which anyone, regardless of their background, can use art to contribute to the raising of a collective consciousness. So that, rather than invading countries and killing people in the name of democracy and freedom, creativity and communication become the tools by which to achieve those goals in a peaceful and celebratory way.

The beauty of WFC is that literally anyone with access to a camera phone and a computer can get involved. Whether you’re a novice who wants to learn the basics, interested in managing a project, or an already established filmmaker who wants to create something with interesting people in your community, the opportunity is there. For Bragg, WFC represents a rallying cry to the citizens of the world: “So many people believe they are powerless. What we want to do is show people that they do have power, that they do have a voice, and that they can use that voice to make a difference.”