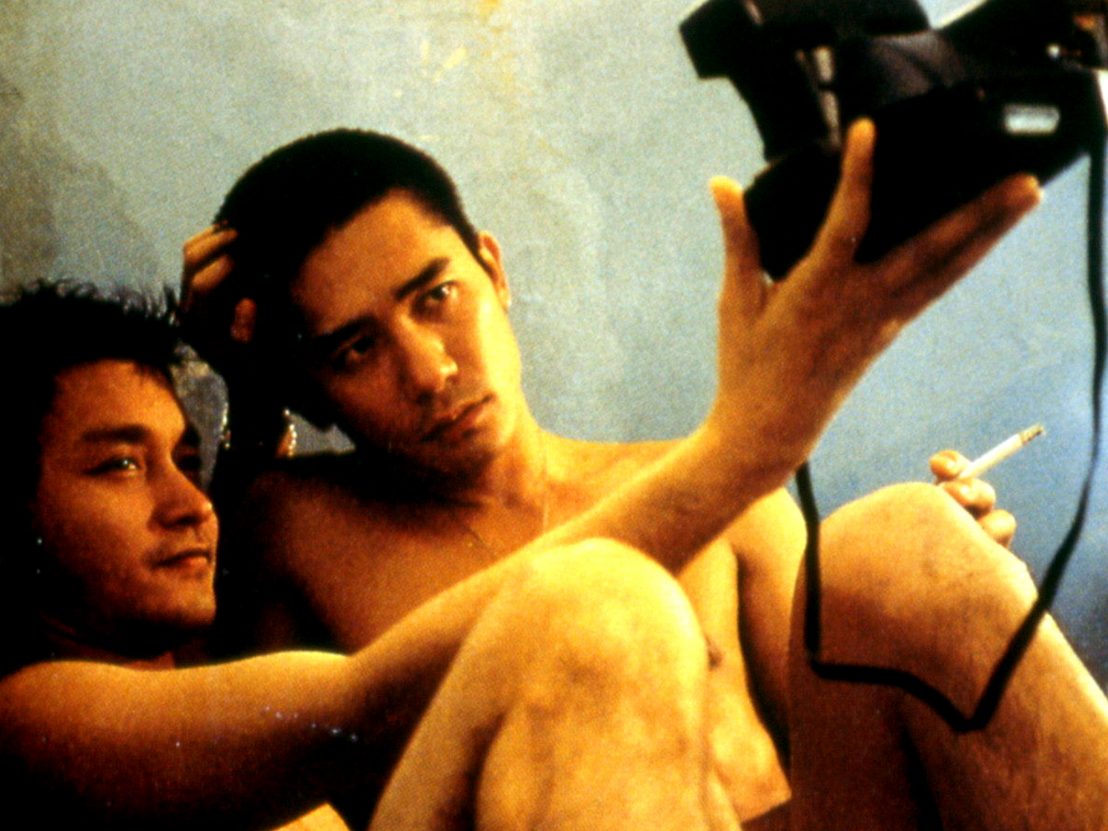 Though the influence of Hong Kong director Wong Kar-wai on Barry Jenkins’ Moonlight has been well documented, the Best Picture winner’s most direct allusion to the master of exquisitely stylised melancholy comes via its brief use of Caetano Veloso’s rendition of ‘Cucurrucucú paloma’ by Mexican composer Tomás Méndez, a lovesick piece also features in the soundtrack of Wong’s own mood-drenched classic of gay cinema, 1997’s Happy Together.

With this reference, Jenkins provides a welcome nod to a cinematic kindred spirit but also a potentially misleading one. For while Moonlight delivers its decades-spanning emotional turmoil in a deceptively quiet, even placid package, Happy Together is a volatile drama of perpetual stylistic unrest, subjecting its audience to a barrage of vibrant, restless imagery cut into jagged, disorienting fragments. Even now – after two decades of hyper-stylised cinema, advertising and music videos that have pushed the boundaries of aesthetic flashiness to the point of numbing sensory excess – Wong’s dynamic postmodern spectacle still holds the power to overwhelm and challenge audiences.

In creating this turbulent and claustrophobic reality, Happy Together vividly embodies the irredeemably hostile environment that on-again, off-again couple Lai Yiu-fai (Tony Leung) and Ho Po-wing (Leslie Cheung) have unwittingly created for themselves. We first catch this miserable, co-dependent pair at the tail-end of their latest cycle of make-ups and break-ups. Having just arrived in Argentina with the hope of recapturing the spark in their relationship, they instead find themselves with nothing more than a pretty new backdrop for their usual bickering. They once more separate before they can reach their intended destination of the stunning Iguazu falls, a natural wonder that serves as an elusive representation of the happiness that the weak-willed Lai seeks to rediscover when he inevitably reconciles with the wild and promiscuous Ho.

The more we see of these two intimately connected yet utterly inharmonious men squabbling in their cramped and dreary flat, the more we suspect that this longed-for period of relationship bliss exists only in the mind, either as an unreliable recollection of the past or as a desperate dream of what will never be. Much like in Wong’s exuberant 1994 film Chungking Express, his fractured visual rhythms suggest the youthful, romantic rush of the moment filtered through memory. Yet by applying his impulsive style to such joyless scenes, Wong’s once jubilant methods prove devastating as they emphasise the destructive emotional short-sightedness of Lai and Ho.

Through this dazzling hall-of-mirrors arrangement, we see that their relationship is an addiction that has passed the point where genuine pleasure is even a factor, replaced by something more primal and bitterly habitual. The couple are seen engaged in physical combat more often than having sex but even their intercourse comes across as a violent and frantic form of release. Unable to afford the trip back home from Argentina, Lai and Ho are both geographically and psychologically stuck in one place, and they have nowhere to direct their pent-up frustration except at each other.

Part of what makes this couple’s continuing cycle of implosions and revivals so agonising to witness is the ongoing impression through all the fighting, deception and passive-aggressive attacks that there remains a profound, unspoken level of understanding between Lai and Ho. Were it truly possible for the two of them to start fresh, it’s easy to imagine this intimate bond as a basis for comfort and affection, rather than anger and distrust. We sense that both parties are privately aghast at the ugly cesspool of jealousy and hostility that their relationship in reality has become.

Sadly, there is no escaping the long history of emotional baggage that Lai and Ho have accumulated – both as a conflicting couple and as internally conflicted individuals – and so this history continues to imbue the air between them with unshakeable tension. In its poignant but optimistic final third, Happy Together finally reveals itself as a story of renewal and repair after all. However, it is a personal renewal experienced only by the individual who can learn to let go of what’s broken, despite all they’ve invested of themselves into fixing it.

In Wong Kar-wai’s most uncompromisingly sour work, the relationship is a flaming, unsalvageable wreck for which the only rational response is to back away and let it burn itself to the ground. It’s a testament to the film’s sharp emotional percipience that we can understand and empathise with the desires and delusions of the two people who have become so blindly attached to this ruinous shell of a romance.