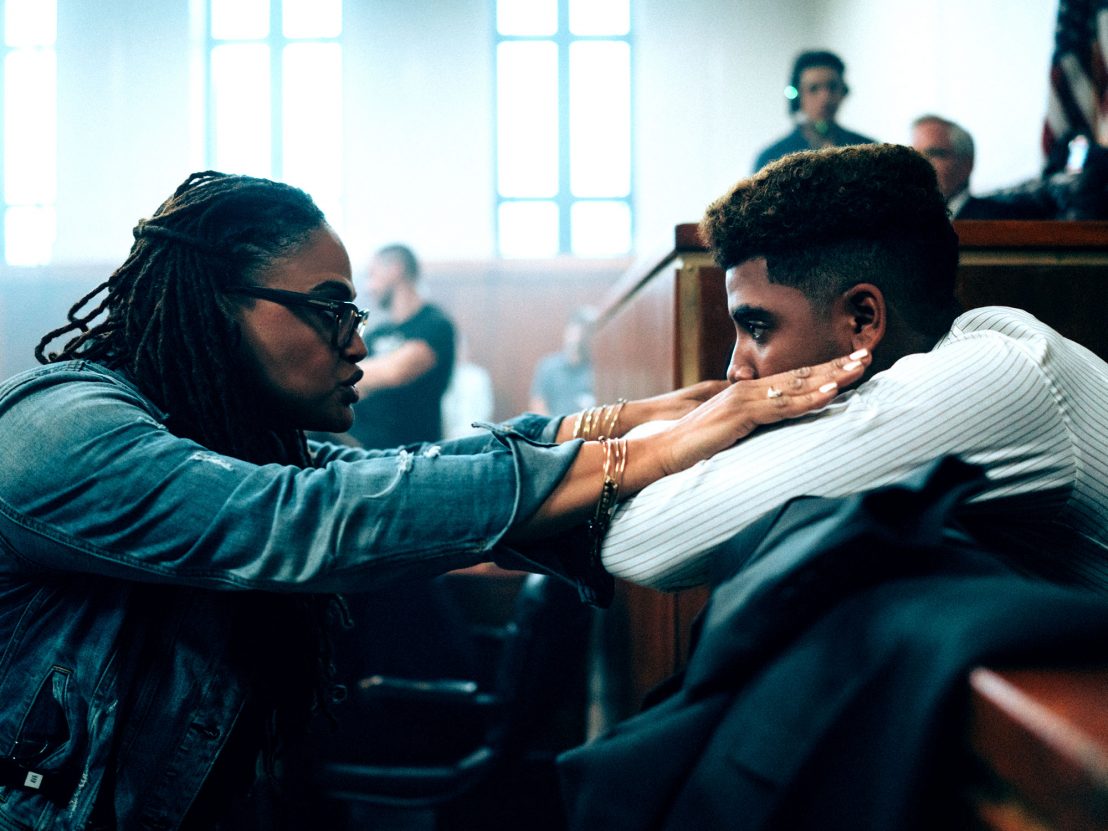 True to her journalistic background – the same that saw her covering the OJ Simpson trial for CBS News back in the day – Ava DuVernay continues to delve deep into America’s Criminal Justice System. Following her 2016 documentary, 13th, which examined the intersection of race and mass incarceration in the US, the Netflix miniseries When They See Us feels like a natural evolution of the director’s work, one that is marked by the urgency she feels surrounding the subject of racial disparities, wrongful convictions and the “land of the free” being home to 25 per cent of the world’s prison population.

As DuVernay explained in an interview with Oprah Winfrey, “[In 13th] I wanted to explore the prison industrial complex – prison as industry, prison as business, people profiting off punishment. That’s what I thought this whole thing would be about. So, as I was trying to explain what was happening now, it became unreasonable and incomplete to try to tell the story of now, without telling the story of the past.” Hence, in order to get a clear sense of how cases such as that of the Central Park Five continue to happen, one must first understand the spine around which the American prison system was formed: namely, African-Americans and Latinos.

“The way that we appeal to voters’ sense of fear and anxiety in our nation runs through black bodies,” Khalil Gibran Muhammad, Harvard Kenny School professor and author of ‘The Condemnation of Blackness: Race, Crime and the Making of Modern Urban America’, explains in 13th. When They See Us drives this fact home by presenting a sadly typical case of African-American families being torn apart and young lives forever destroyed over wrongful convictions that have shaped entire, marginalised communities.

In ‘Part I’, the boys apprehended at Central Park – initially as witnesses – are immediately referred to as “animals” by the police, and it is this racial prejudice that causes minority parents to drill safety tactics into their children, preparing them for “proper conduct” in the evident of them coming in contact with the law. This form of conduct, however, does not guarantee safety; whether you run from the police or throw your hands up in surrender, as a minority figure, your safety in the hands of the law is never certain. It wasn’t in the ’60s, not in the ’80s, and definitely not today. 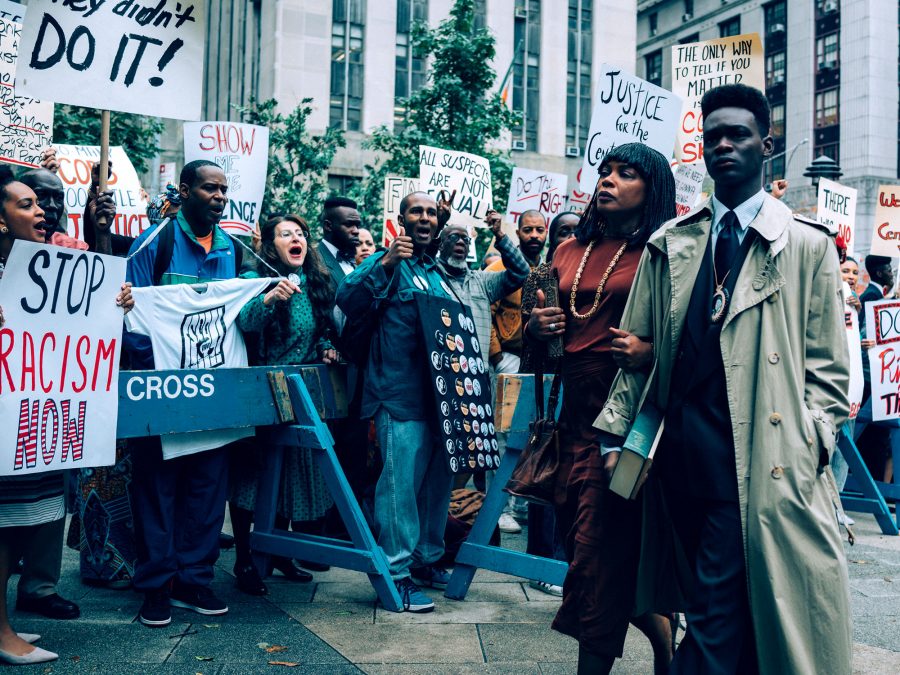 The same focus on “minority slang” was evidenced in the Catherine Fuller case from 1984, where law officials chose to fabricate a criminal gang based on the district community referring to the “H on 8th Crew” during live musical events. As we learn in When They See Us, the various groups of youths who took to Central Park on the night Trisha Meili was assaulted and raped used the term “wilding”, something that can only be described as innocent, albeit somewhat unruly, teenage fun.

This term was immediately pounced upon by the head of the DA’s sex crime unit, Linda Fairstein (played by Felicity Hoffman in the show) and her colleagues, who were intent on painting an entirely criminalising and daunting image of what “wilding” constitutes. Add to that the merging of the words, “animals”, “wolf pack” and “wilding”, and soon the public had the fodder needed to buy into a narrative based on fabricated statements and prejudice rather than solid evidence.

In the premiere episode, we see law officials trying to form a timeline of the crime that places their five main suspects on the scene – despite a 45-minute discrepancy between the order of events, locations and timelines. Meanwhile, the suspects – 14-year-old Kevin Richardson (Asante Blackk), 15-year-olds Antron McCray (Caleel Harris), Yusef Salaam (Chris Chalk) and Raymond Santana (Marquis Rodriguez) – are held in custody for 18 hours straight, without food, rest and, in the case of Yusef, a legal guardian present. Parents arriving at the precinct, such as Antron’s father, Bobby McCray (Michael K Williams), are subtly threatened and advised to play along rather than plead their children’s innocence. And it is this gruesome, incomprehensible, emotional and psychological blackmail, that ends up destroying families.

The minors are repeatedly made to feel alienated and criminalised merely for their racial backgrounds, terrorised into a state of fear and finally forced into a series of false confessions, with each of the suspects confirming what officials want to hear: that they were witness to their friends beating and raping Meili. And so, Kevin places Antron at the scene of the crime and vice versa. In a heartbreaking scene, Bobby desperately tries to convince his son Antron to admit to the crime. He has experienced what it means to be a black man in the hands of the law and knows that, the conclusions to cases like this typically end the same: “[The Police will] lie on us, they’ll lock us up and they will kill us.” 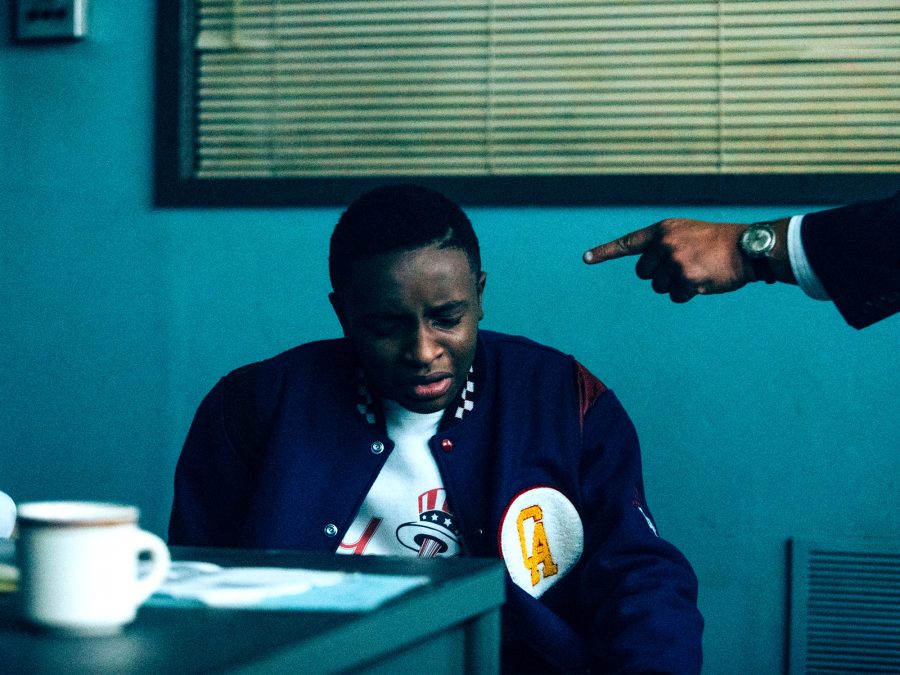 Korey Wise (Jharrel Jerome) wasn’t even on the list of suspects rounded up by the police, but accompanied his friend Yusef to the station, believing his mother would have wanted him to. While his friends are interrogated, Korey is left to sleep. It’s not until law officials are called out for having collected inconsistent statements, that they decide to include Korey in the narrative. They achieve this by beating the boy and threatening to destroy his own life; when his statement is finally recorded, he is the one to admit to the rape. Following the trial, he is the only one of the five to be tried as an adult.

Consisting of four episodes, DuVernay’s miniseries explores the full 13-year timeline of this infamous case – from the events surrounding the night of 19 April, 1989, to the first trial in August, 1990, to the respective boys’ journeys through the prison system, to the aftermath following the confession of the real attacker, Matias Reyes in 2002 – as well as Donald Trump’s involvement in feeding into the “wolf pack” image of the boys through a series of full-page ads in popular national newspapers: ‘Bring Back The Death Penalty. Bring Back Our Police!’

This only fuelled the lynch mob rhetoric and soon despicable characters such as Pat Buchanan were chiming in with their own ideas of justice. Following Trump’s approach to systematic racism, Buchanan insisted that Wise should be “hanged in Central Park”. In his opinion, the other boys deserved nothing less than to be “stripped, horsewhipped, and sent to prison.”

Succeeding where The Confession Tapes largely failed, When They See Us hits hard on a human level, offering an emotionally-charged reconstruction of events, taking us on a painstaking journey through the prison system, and showing the wider impact on families and communities at large, thanks to an amazing cast of actors and DuVernay’s skilled storytelling. Crucially, the series leaves no room for viewers to doubt the boys who became known as the Central Park Five. On the contrary, it deftly exposes the misinformation the public has been fed for decades, encouraging us all to rallying against a system that can no longer be considered lawful.