Peter Bogdanovich’s 1972 homage to the Hollywood romantic comedies of old is chaotic, silly, and utterly joyful. 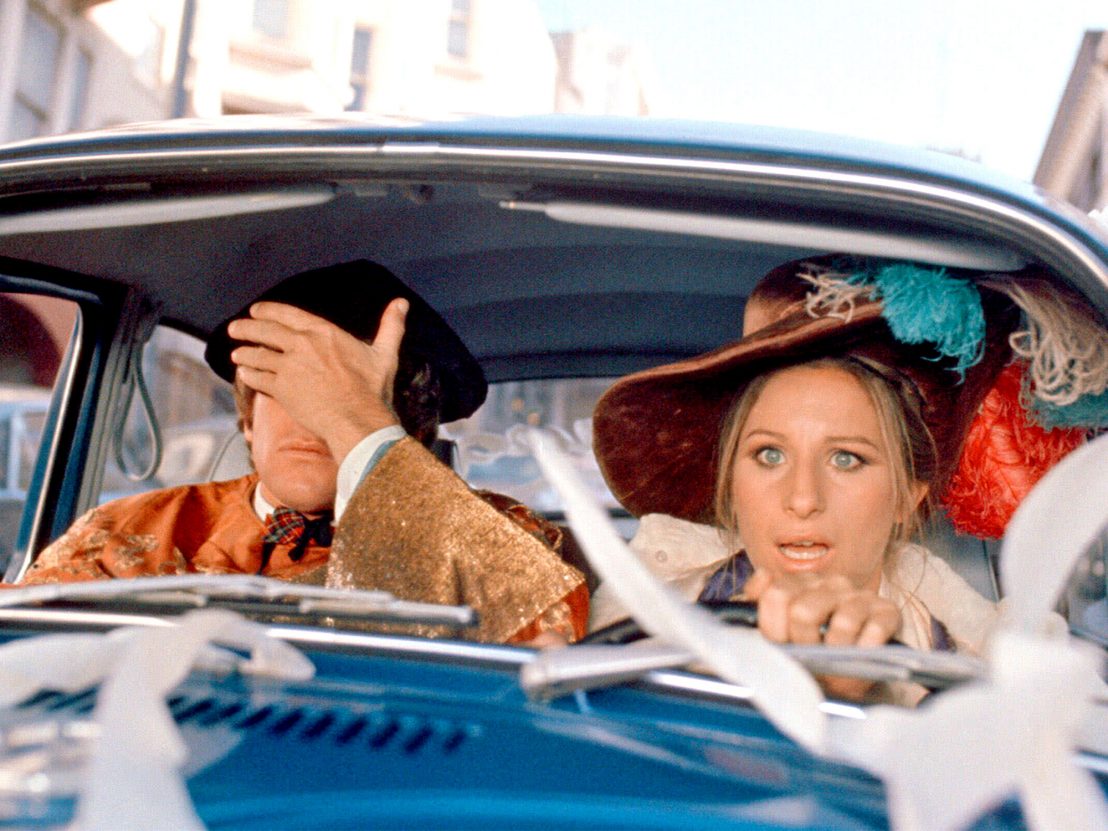 At an early screening of Peter Bogdanovich’s 1972 comedy What’s Up, Doc?, the audience of Hollywood heavyweights were initially skeptical. Then, after several minutes of strained silence broken by awkward titters, the actor John Cassavetes suddenly leapt to his feet, shouting, “I can’t believe he’s doing this!” As Bogdanovich later recalled, “The place broke up and from then on they loved it.”

What’s Up Doc is a breathless flurry of a film, propelled by an increasingly nonsensical plot, and underscored by an unending stream of mile-a-minute dialogue, thrown back and forth between a daffy cast of cartoonish characters. It’s fast-talking, sharp-witted, and, quite frankly, completely wacky – it’s not hard to see why industry hotshots of the time didn’t know what to make of it.

For Bogdanovich, What’s Up Doc was decidedly new territory. In 1971, he had amassed eight Oscar nominations for his coming-of-age drama The Last Picture Show. He was in high demand. Warner Bros. approached him with a script intended for Barbra Streisand, but he turned it down, explaining that he instead wanted to make “a screwball comedy, like Bringing Up Baby, with Barbra. A square professor and a daffy dame who breaks him down live happily ever after.” Three weeks later, he and a team of writers – Buck Henry, Robert Benton and David Newman – had whipped up what would become one of the last true screwball comedies.

Screwball comedy first sprung up in The Great Depression era of the ’30s and continued into the ’40s. Think “Bringing Up Baby,” “It Happened One Night,” “My Man Godfrey,” “The Awful Truth,” and so on. The essence of a screwball? It’s romance by way of biting remarks and whiplash-inducing retorts. It’s the slapstick stumbles and bumps of a Charlie Chaplin movie. It’s zany schemes, madcap heiresses and mistaken identities, all spinning faster and faster out of control until the satisfying, romantic resolution.

It’s also the reversal of the classic gender dynamic, with, as Bogdanovich put it, “a daffy dame” sparring with a “square professor.” Doris Milberg writes in The Art of Screwball, “In screwball comedy, all’s fair in love and war, with love ever triumphant.” In a screwball, the boy gets the girl – or, more often, the girl gets the boy – after a turbulent meet-cute.

With What’s Up, Doc?, Bogdanovich stuck to this tried and trusted formula. The film follows the misadventures of four matching bags containing a girl’s clothing, an academic’s rocks, a millionaire’s diamonds, and a government agent’s top secret documents. Chaos – always of the slapstick variety – inevitably ensues when the owners of these four bags wind up at the same hotel and the bags get accidentally muddled up.

A fire breaks out in a hotel room, a gun fight erupts at a cocktail party. Ultimately, a messy car chase takes over the streets of San Francisco, involving some unforgettable moments of psychical comedy – a large pane of glass is saved (then shattered), a bike ends up inside a Chinese dragon sending it streaming down the street, and a stolen “Just Married” car winds up bobbing in San Francisco Bay.

Of course, the whole bag fiasco isn’t really supposed to make sense. As Streisand once noted, “I can’t follow the story myself.” Rather, it’s intended to create a topsy-turvy backdrop against which the real story can unfold. 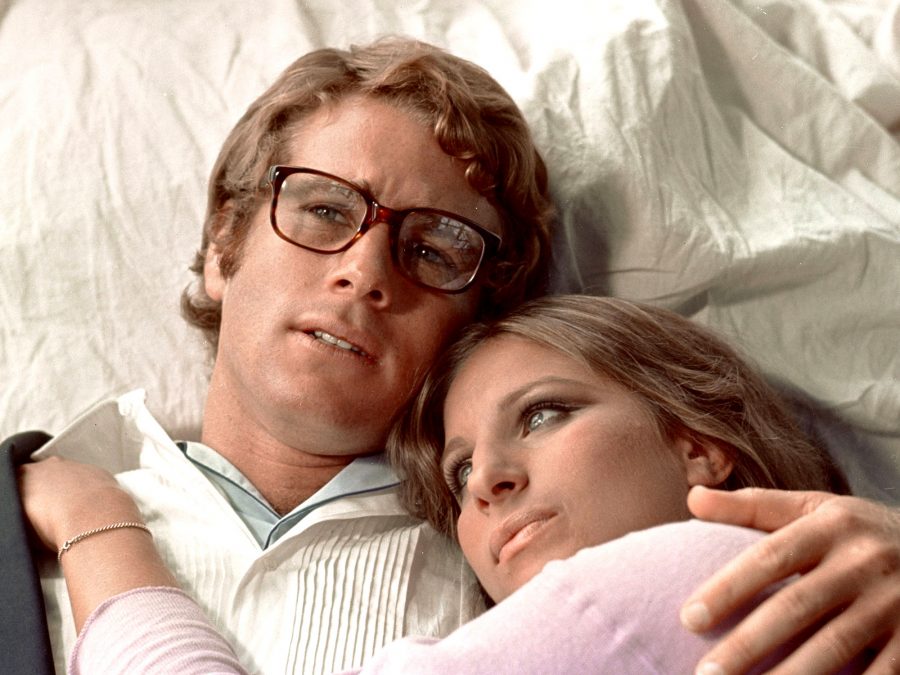 At the centre of the bag-related mayhem are a “daffy dame” and a “square professor”. Judy Maxwell (Barbra Streisand) is a fast-talking, chronic college drop-out. Howard Bannister (Ryan O’Neal) is an absent-minded professor in town for a musicology convention with his prudish and ear-piercingly shrill fiancée Eunice Burns (played by the iconic Madeline Khan).

After spotting Howard in the lobby of the hotel, Judy latches onto him like a whimsical leech (that is, if a leech said things like, “Listen, kiddo, you can’t fight a tidal wave,” or, “How would you like to swallow one sandwich d’knuckles?”) Judy and Howard hit it off as only a screwball couple can – she follows him around a drugstore testing his patience, inexplicably calling him Steve, tearing the back seam of his jacket in two (in an ode to Howard Hughes’ 1938 screwball Bringing Up Baby), and blurting out things like, “What do you think I am, a piece of ripe fruit you can squeeze the juice out of and cast aside?” Howard maintains an air of measured if increasingly strained calm.

This dynamic carries them through the rest of the film, with Judy consistently turning up where she doesn’t belong and eventually shaking Howard out of his absent-minded “Yes, Eunice” stupor. After finding Judy in his bathtub, Howard exasperatedly says, “You are the last straw that breaks my camel’s back, you are the plague, you bring havoc and chaos to everyone, but why to me? Why, why, why?” She smiles demurely. “Because you look cute in your pajamas, Steve.”

What ever happened to the sharp-witted, girl-pesters-absent-minded-boy-into-state-of-indignation rom-coms of old? While some contemporary filmmakers have attempted to update the screwball genre, few have come as close as Bogdanovich, the flawed and much-disputed exceptions being films like Mistress America and Down With Love.

Watching What’s Up, Doc? today, it’s hard not to be struck with a double dose of nostalgia for a kind of movie romance that has largely disappeared from our screens. The particular brand of slapstick comedy and barbed romance in What’s Up, Doc? is an homage to a bygone era of Hollywood cinema that in 1972 was considered outdated. But Bogdanovich embraced it without irony.

After all, why not give Streisand the fearless one-liners of a daffy dame extraordinaire? Why not lace the script with 1930s slang? Why not fill the soundtrack with the jazzy sounds of Cole Porter? Why not create a plot so farcical that even the film’s own stars couldn’t be bothered to follow it? Modern attempts at the screwball are not so brave. Fifty years on, the correct response to What’s Up, Doc? remains: “I can’t believe he’s doing this!” 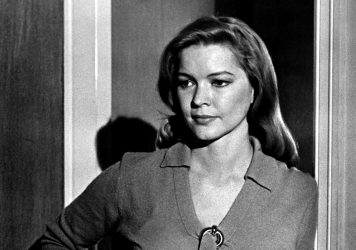