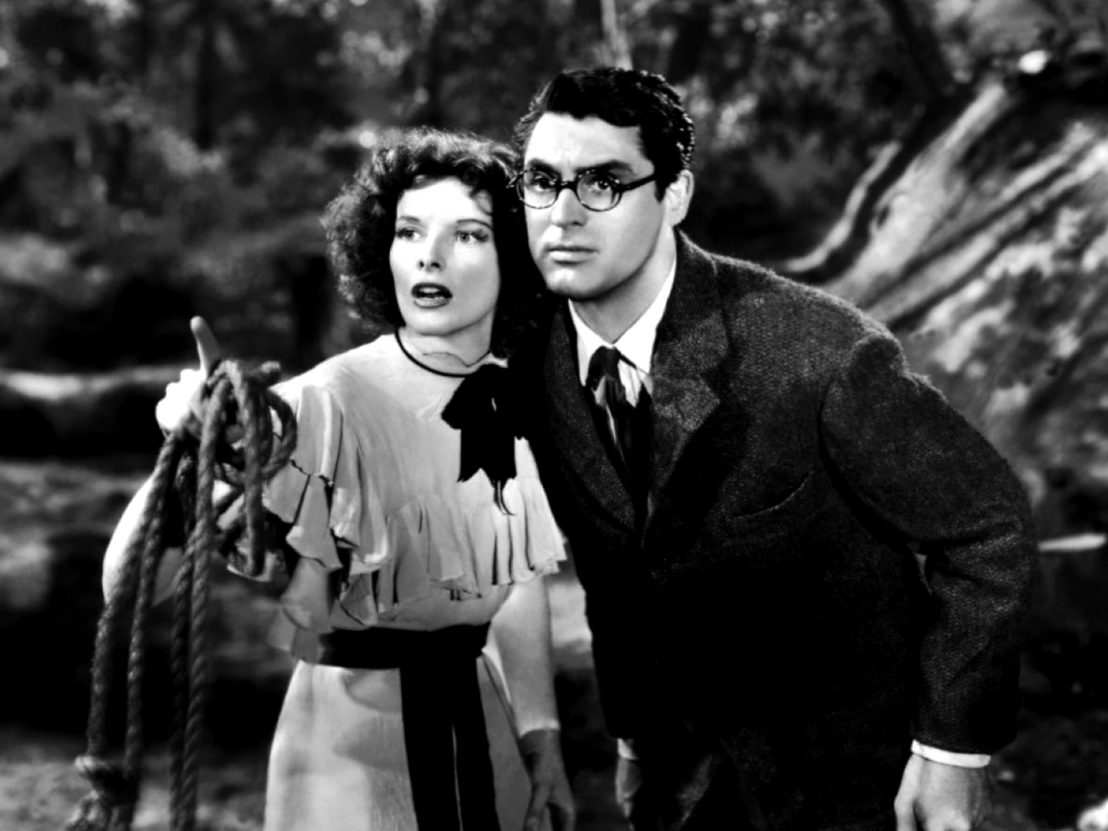 “This is probably the silliest thing that ever happened to me,” suggests Cary Grant in Howard Hawks’ Bringing Up Baby. He’s surprisingly not far wrong considering Grant’s array of comedic turns in the 1940s and 1950s. But the surreal brilliance of the screwball madness unfolding, in what was the first of five collaborations between the actor and director, confirms it as by far the most absurd film they made together.

From tame leopards and mischievous dogs, to stolen cars and incredibly risqué double entendres, Hawks’ film is one of the first truly great sound comedies to be made. There is, however, more going on underneath its narrative than at first meets the eye.

Bringing Up Baby follows the hapless David (Grant), a palaeontologist trying to complete the skeleton of his brontosaurus and secure funding for the museum from a rich potential benefactor, Elizabeth (May Robson). He is due to be married the following day to the strict Miss Swallow (Virginia Walker) but all is turned to chaos when, during a game of golf, he meets Susan (Katherine Hepburn).

She is an eccentric woman who embroils him in the task of helping her take a tame leopard called Baby back to her aunt’s house in Connecticut. With the aunt turning out to be Elizabeth and Susan falling in love with David in the meantime, a series of madcap escapades ensues with Baby on the loose and mixed up with a dangerous escaped leopard from a nearby circus. This is before considering David’s prized final bone from his brontosaurus being buried by Elizabeth’s dog, George.

The film’s two leads are its strongest element, something George Cukor tried to recreate in Holiday later that same year. Hawks’ film is filled with ad-libs, not least Grant’s famous “I just turned gay all of a sudden!” that is still debated as to whether an innuendo or not to this day. With hindsight, however, Hawks believed there was just too much quirkiness from its characters to work fully; something he ironed out later in His Girl Friday.

The speed here is not quite at the frantic height later screwball films would soon reach either but even here the actors are brilliantly overlapping each other as each harebrained scheme causes more difficulties. Hepburn is joyfully hyperactive, almost out of control even as she chases after leopards with butterfly nets and steals golf balls and cars. Grant is unusually in a far more reserved role, at least at first, and far from the confident characters that would define him in the following decade. He is at the mercy of almost everyone in the film but this only furthers the comedy.

No one falls over quite like Cary Grant and certainly no one looks better hard-done-by than the actor in his Harold Lloyd glasses and ridiculous, borrowed clothes. Juggling with an energetic script, Grant and Hepburn are perfectly matched, not least in bringing out the innuendos which make up a large portion of the dialogue. Unusually, such double entendres are not simply jokes but actually tell of what is really happening in the narrative.

In the opening dialogue about a bone, it is clear that David is unsatisfied with his current, sexless relationship. When asked whether he tried to place a particular bone into the dinosaur’s tail, his fiancé quips “You tried it in the tail yesterday and it didn’t fit.” The skeleton becomes a cipher for the cold relationship that is crumbling away. David may be on a mad mad mad chase to try and save this skeleton but it’s fitting that Susan’s adoration quite earnestly leaves the fossils lying in a heap.

Whereas his life is orderly and absent of basic pleasure, hers is wild and carefree. When she asks him amusingly whether he wants a leopard, a question delivered with perfect, earnest warmth by Hepburn, there’s certainly more on offer than simply a large cat. In fact, the film is really a subtle sex comedy as much as a screwball. Without such wit and pace, it would have probably irked the troublesome Hays Code censorship had the board been paying more attention.

In spite of all of this brilliance, Bringing Up Baby flopped at the box office. It had Hepburn infamously and unfairly labelled as “box-office poison” in an article representing independent American theatre owners, and found Hawks moving to more serious territory once more with Only Angles Have Wings. Clearly at least, the film cemented his working relationship with Grant though Hawks would sadly never work with Hepburn again.

With hindsight, it’s incredibly difficult to understand how such a witty film could be so badly received. There are few pleasures cinema has on offer that are more enjoyable than the romantic comedies of Hollywood’s golden age. But, rather like the dinosaur bones that David is so obsessed with, time does restore such things back to their rightful place eventually, even with a few accidents along the way. 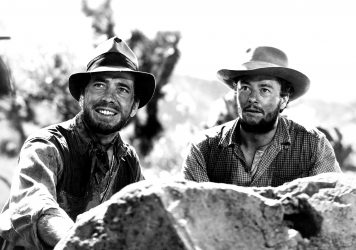