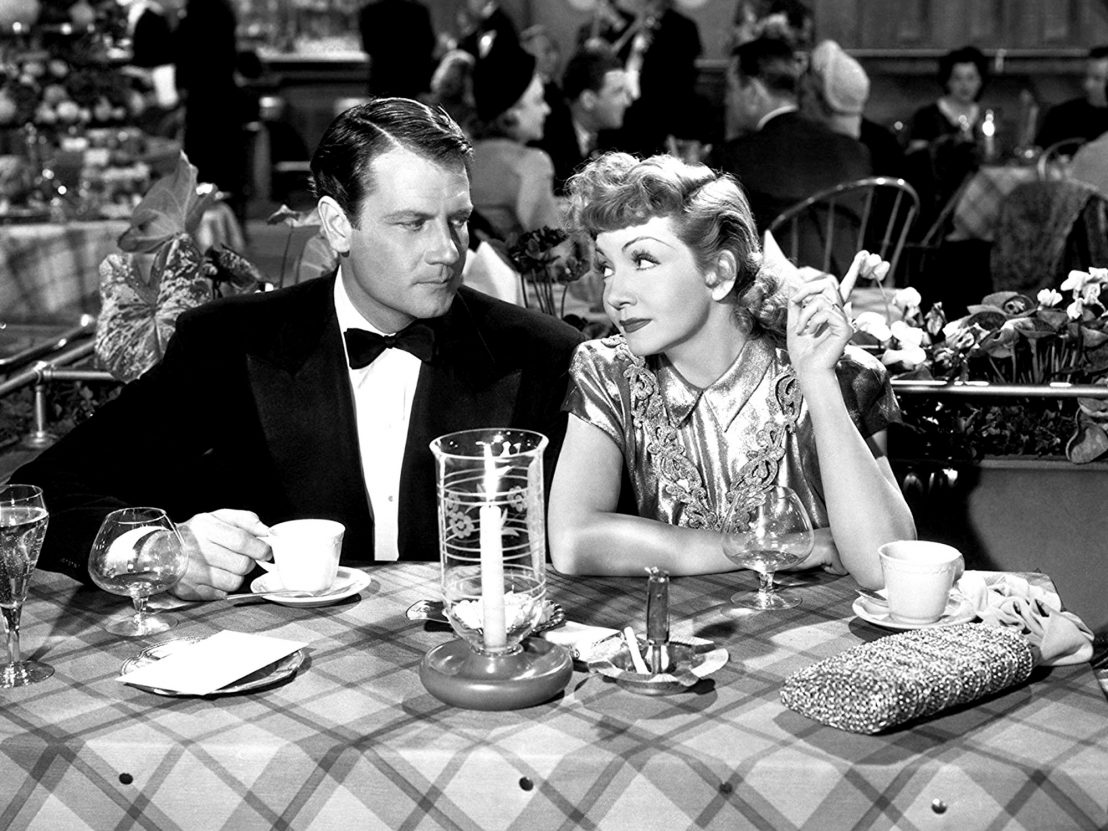 ‘They don’t make ’em like that anymore!’ Such a proclamation might understandably arouse suspicion, conjuring as it does the kind of misty-eyed nostalgia that romanticises the past and dismisses all things shiny and new. But in the case of screwball comedies, when compared with contemporary Hollywood’s current output, it’s an assertion that rings true.

From the 1930s through to the early ’40s, Hollywood produced a dazzling number of hilarious comic pictures loosely labelled as ‘screwball’. Among the greatest filmmakers to emerge during this fruitful era was Preston Sturges, an auteur operating within the studio system who first made his name as a screenwriter, and whose finest contribution to the genre, The Palm Beach Story, turns 75 this month.

One way in which they don’t make them like this anymore is the film’s female lead, who is not only given equal billing with her male co-stars but is permitted to be the funnier than both. Claudette Colbert – a huge star who flourished in comedic roles – is Gerry, a practical-minded wife who resolves that the only way to save her husband Tom’s (Joel McCrea) ailing finances is if she heads off to Palm Beach, Florida, in search of a millionaire to marry, and use her newfound wealth to fund his business. Tom isn’t happy about the scheme, but as one of Sturges’ exasperated yet impotent men (see also: Henry Fonda in The Lady Eve) he looks on helplessly and jealously as Gerry effortlessly woos the uber-wealthy John D Hackensacker III (Rudy Vallee).

So often in contemporary Hollywood comedy the gender roles are separated, but the verbal sparring between Colbert and McCrea is a distant reminder of the joys of watching two romantic leads engaged in a rapid-fire battle of the sexes, especially when it favours breathless, anarchic humour over the flatter sentimentalism of modern rom-coms. Watching Colbert matter-of-factly – almost apologetically – use her charm to run rings around McCrea and the other men in the film makes for fantastically fun viewing, and it’s especially satisfying to see her transgressions go unpunished.

Like any good screwball comedy, The Palm Beach Story features a giddy mix of slapstick pratfalls, such as characters falling down stairs and having their trousers fall down, and smart one-liners delivering wry social commentary. Sturges was adamant that the way to connect with audiences during the hard times of the Great Depression and World War Two was through lighter comedies rather than heavy dramas (an argument he weaved into the story of his previous film, the similarly brilliant Sullivan’s Travels), and he used that mode of comedy to smuggle in biting satire.

The rich, for instance, are shown continuing to indulge in their flamboyant lifestyle while the rest of the nation toils, but are satirised as being laughably preposterous. In The Palm Beach Story, a raucous band of millionaires known as the Ale and Quail hunting club are so blindly unaware of the distress their drunken antics of singing and even shooting causes the other passengers (including Gerry) of a train journey as to be rendered absurd, their reckless entitlement too ridiculous to be taken seriously, with the best option instead to laugh at them.

Another millionaire (known as the Weenie King, one of an array of amusing eccentric minor characters) is forever misunderstanding everyone else, and warns against consuming the very sausage-based product that made his fortune on the grounds of good health. And Tom’s plan to get rich again by inventing an enormous airport suspended over a city, for which Gerry is seeking the funding for, is self-evidently ludicrous.

This blend of unpretentious belly-laughs and smart social satire is rare enough, but what sets The Palm Beach Story apart as not only the kind of film they don’t make anymore, but possibly never will again, is its astonishing framing device. As the opening credits play out, we witness a baffling scene as Colbert appears to play two characters simultaneously, one tied-up inside a closet, and the other rushing to a wedding with McCrea, culminating in a series of title cards that tease: “And they lived happily ever after… or did they?”

The bizarre sequence is only explained moments from the film’s end – and certainly won’t be spoiled here – but it is an outrageous, subversive parody of the studio-enforced necessity for a neat happy ending, that exemplifies the wild imagination that made Sturges such a peerless comic filmmaker.