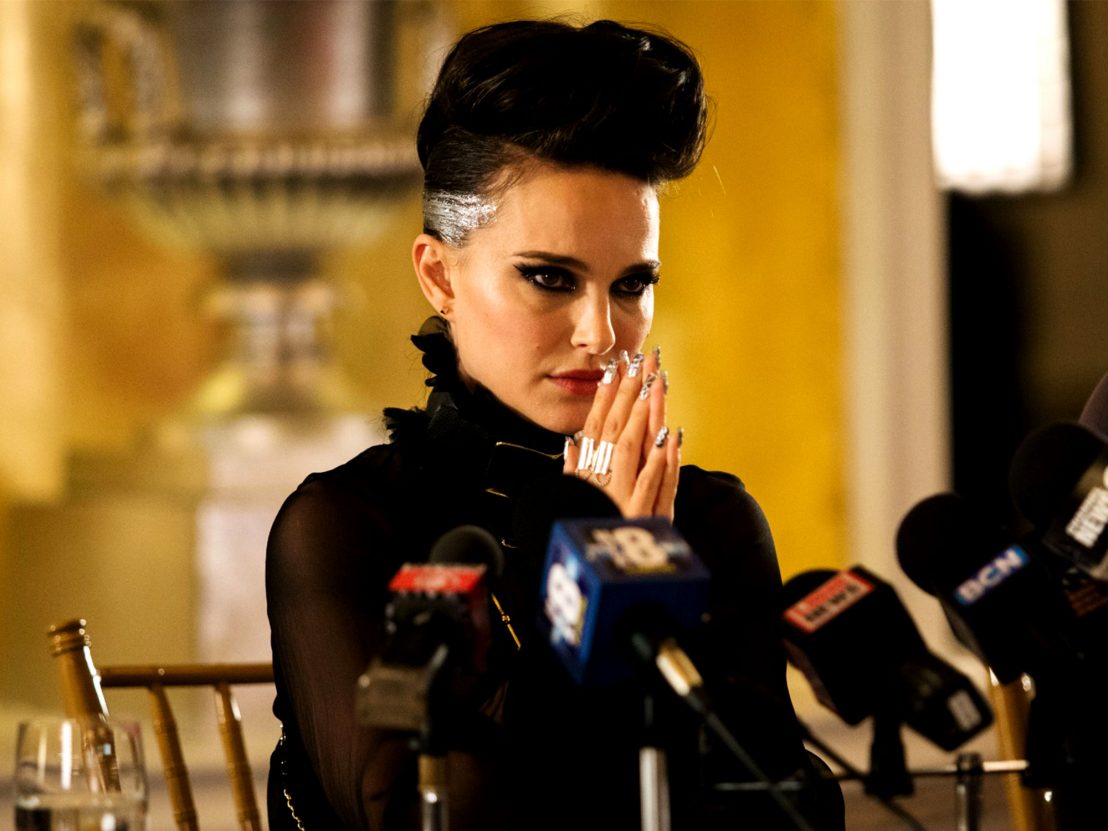 ‘Goodness’ here is quite literally biblical. Celeste, the film’s pop star protagonist, is something akin to a fallen angel. In the first half, she’s a virginal school shooting survivor played to docile perfection by Raffey Cassidy. In the second, she’s a pill-popping, profanity-slinging dervish of id and hairspray played by a hard-nosed Natalie Portman.

The film withholds details that might shed light on Celeste’s intervening years, but we initially pin her fall from grace as a standard-issue starlet implosion. Then, in the film’s extended final concert sequence, Corbet throws a hell of a gauntlet: via chilly voiceover, we learn that Celeste’s rise to fame has been orchestrated by the devil himself. Apparently, he appeared to her in the moments after the shooting and gave her a choice between death and global fame.

This information arrives so close to the film’s final frame that its dramatic impact is strangely flat. If nothing else, though, it clarifies Corbet’s message and speaks to the grandness of his scale. Many have compared Vox Lux to the latest iteration of A Star is Born, but it’s tough to imagine Bradley Cooper tossing satan into a draft of that script. The moral universe of Vox Lux is less ‘don’t lose yourself on the way to the top,’ and more ‘the top is a soot-black hell-pit, so why aim there in the first place’? 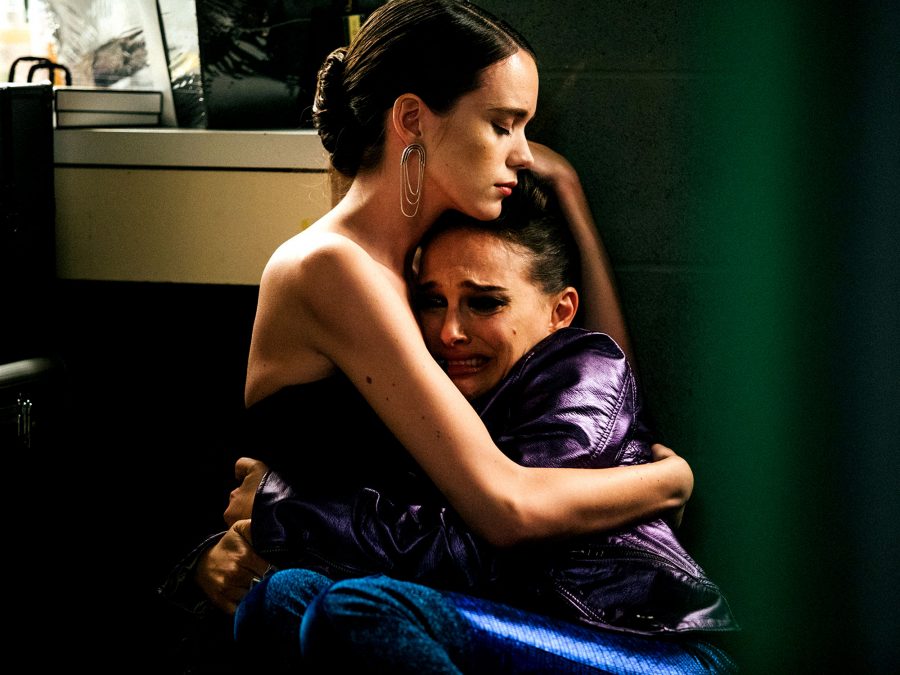 Much has been made of Portman’s Staten Island drawl, particularly because Cassidy plays Celeste with no such accent in the first half. It’s strictly by design: Superstar Celeste so differs from her younger incarnation that she hardly registers as the same person. We see Cassey urge her manager to stop swearing in front of her sister; Portman calls her sister a cunt with the casual iciness of an abusive partner.

This transformation from ingenue to demon-diva goes beyond Celeste’s patterns of speech. Several features of her public image fashion her trauma into cheap glamor. Her heavy eye makeup directly mimics the school shooter’s. An ever-present chrome cravat eerily recalls the neck brace he put her in. In one scene, we learn that she’s spent several months recovering from a moonshine binge that temporarily blinded her left eye… the same eye that the shooter covered with an all-black contact lens before shooting her and her classmates.

The message that Vox Lux sends with these contrasts – between natural and affected speech, the shock of trauma and the crude thrill of spectacle – is that goodness and ‘greatness’ are fundamentally incompatible. Stature is the absence of humanity.

Bound up in this message is a profound fear of centralized power. Vox Lux presents an America tattered by violence, economic devastation (Dafoe wryly describes Celeste’s parents as “On the somewhat losing end of Reaganomics”), and vicious consumerism. The nation puts is faith in Celeste (“Her grief became their grief,” Dafoe says) but pop music proves an insufficient coping mechanism. You can’t help but furrow your brow when you see a sea of teenage faces brighten at Celeste’s empty platitudes as she writhes onstage before them.

The big ask, then, is that we keep several truths in our heads at once. Vox Lux is not anti-pop music, no matter how monstrous it makes Celeste; it’s anti-single-mindedness. Corbet has fashioned a warning siren that urges us to think before we exalt a single person or idea to saviour status. In his film, a culture obsessed with easy catharsis – a swipe of eye makeup, an insipid ballad about “crumbl[ing] like the Berlin wall” – is actually on a one-way street to hell. Actual healing, it argues, comes from a holistic understanding of the problem at hand. Deification is a flimsy shortcut around unpleasant-but-necessary grunt work.

It’s a stark inversion of popular wisdom: in the world according to Vox Lux, the great, as we currently know it, is the sworn enemy of the good.