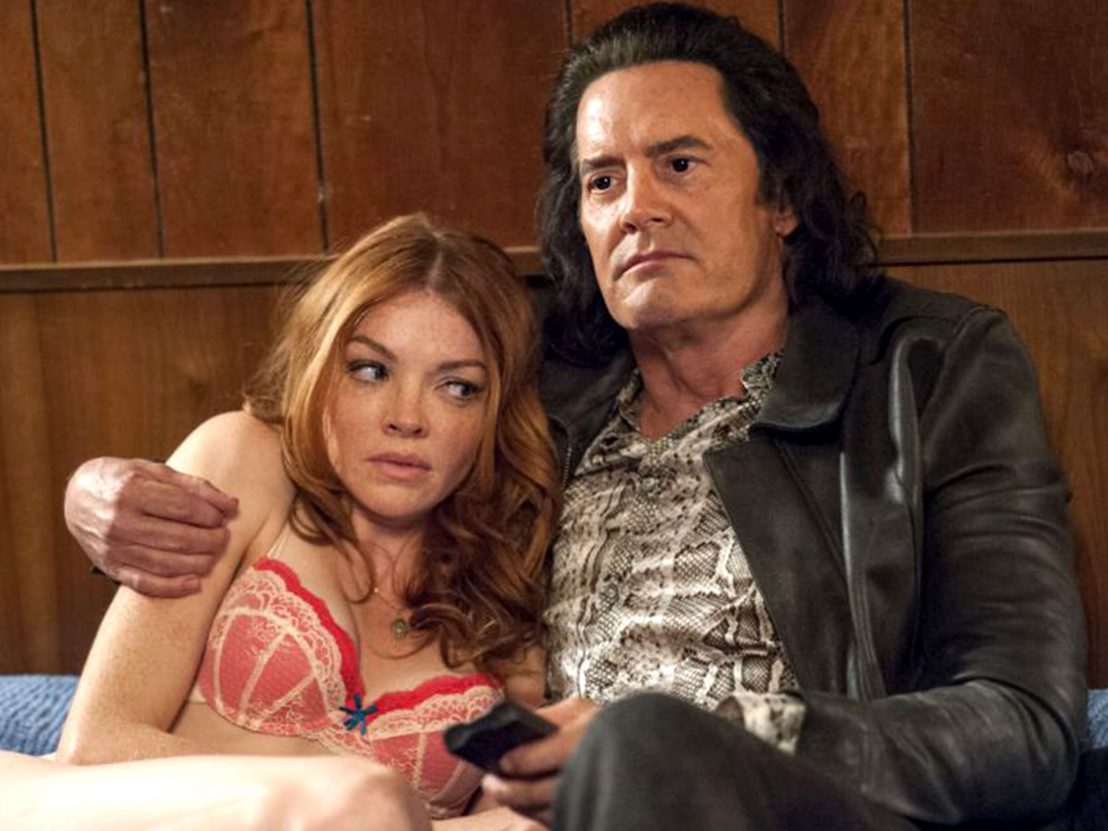 This article contains spoilers for Twin Peaks season 3: parts 1 and 2. For maximum enjoyment, we recommend reading after you’ve watched the show.

The stars have turned and a time has presented itself. Twin Peaks has returned after 27 years. Parts one and two (don’t call them episodes) took us back into the world of the small logging town in the Pacific Northwest and introduced a few new spots on the map, too. In fact, most of the action took place outside Twin Peaks (New York City, Las Vegas and South Dakota).

There were old familiar faces (Shelly, the Palmers, Lucy, Andy and James) and fresh ones – most notably Matthew Lillard’s high school teacher, who’s been arrested for a murder he swears happened in a dream. Even the white horse Sarah Palmer saw in season one, in one of her visions, turned up for a cameo.

Beginning with a season one recap – Laura Palmer’s message to Agent Cooper: “I’ll see you again in 25 years” – parts one and two set the stage for what will prove to be Lynch unbound, with Showtime having given him and co-creator Mark Frost carte blanche.

Twin Peaks, its world and mythology, is rich in esoterica, the arcane and the strange. Tibetan Buddhism sits next to B-movie sci-fi concepts, supernatural terrors and soap opera beats. Numbers, glyphs, symbols and Dadaist clue played their part in the Laura Palmer and black lodge plots and, judging from the new series, will very much continue to do so.

Much of this is actually Mark Frost’s doing. Lynch clearly digs the surreal possibilities and vibes these elements give him, but it’s Frost who introduced the black and white lodges into the show, basing it in part on Native American folklore. The red room, a sort of purgatorial antechamber or waiting area between the lodges, is pure Lynch, of course.

In his 2016 novel, ‘The Secret History of Twin Peaks’, Frost goes into greater detail about Project Blue Book, the top secret search for the origins of the evil roaming Ghostwood Forest which was hidden behind a fake remit to find evidence of UFOs. The Bookhouse Boys knew of the spirits in the woods, too, but not on the same level as the military. Windom Earle (Kenneth Welsh) went insane during his stint in the region back in the late ’60s, growing so obsessed with accessing the black lodge, he was thrown off the team. Major Garland Briggs was in charge of Blue Book at the time Coop moseyed into town trying to find the killer of Laura Palmer.

Major Briggs’ black ops work might well come into play in season three. The device we’ll call ‘the glass cube’ – which either summons multidimensional beings from the lodge or somewhere else entirely, or creates a tear in the space-time continuum for them to pass through and manifest – might have a direct connection to Blue Book and the lodges.

A graduate student (played by Ben Rosenfield) is paid to observe the cube, which is under armed guard and 24/7 observation. His job is to maintain the cadre of video cameras primed with memory cards and watch for something to happen. The cube (its origins and owner have yet to be revealed) is a portal device, though not seemingly natural like the one that opens (when the stars have aligned) at Glastonbury Grove, outside Twin Peaks.

First, we see a pale humanoid phantom with an elongated head smash through the cub, killing the graduate student and a love interest – just as they’re getting it on – tearing them to shreds. Later, when the Man from Another Place, now a glowing tree with a lumpy bit of flesh for a mouth, tells Agent Cooper he cannot leave until Bad Coop (possessed by Bob) has been returned to the lodge, the missing special agent finds himself in the cube momentarily, floating around in a scene reminiscent of Eraserhead.

Coop is trapped but he’s also been told he must return the doppelgänger and only then can be be freed from the red room. Is this mysterious glass cube Coop’s temporary reprieve and ticket into the real world?

Check back next week for the second part of our Twin Peaks Season 3 Decoder.